Why the U.S. Economy’s Growth Slowed Sharply in the Fourth Quarter 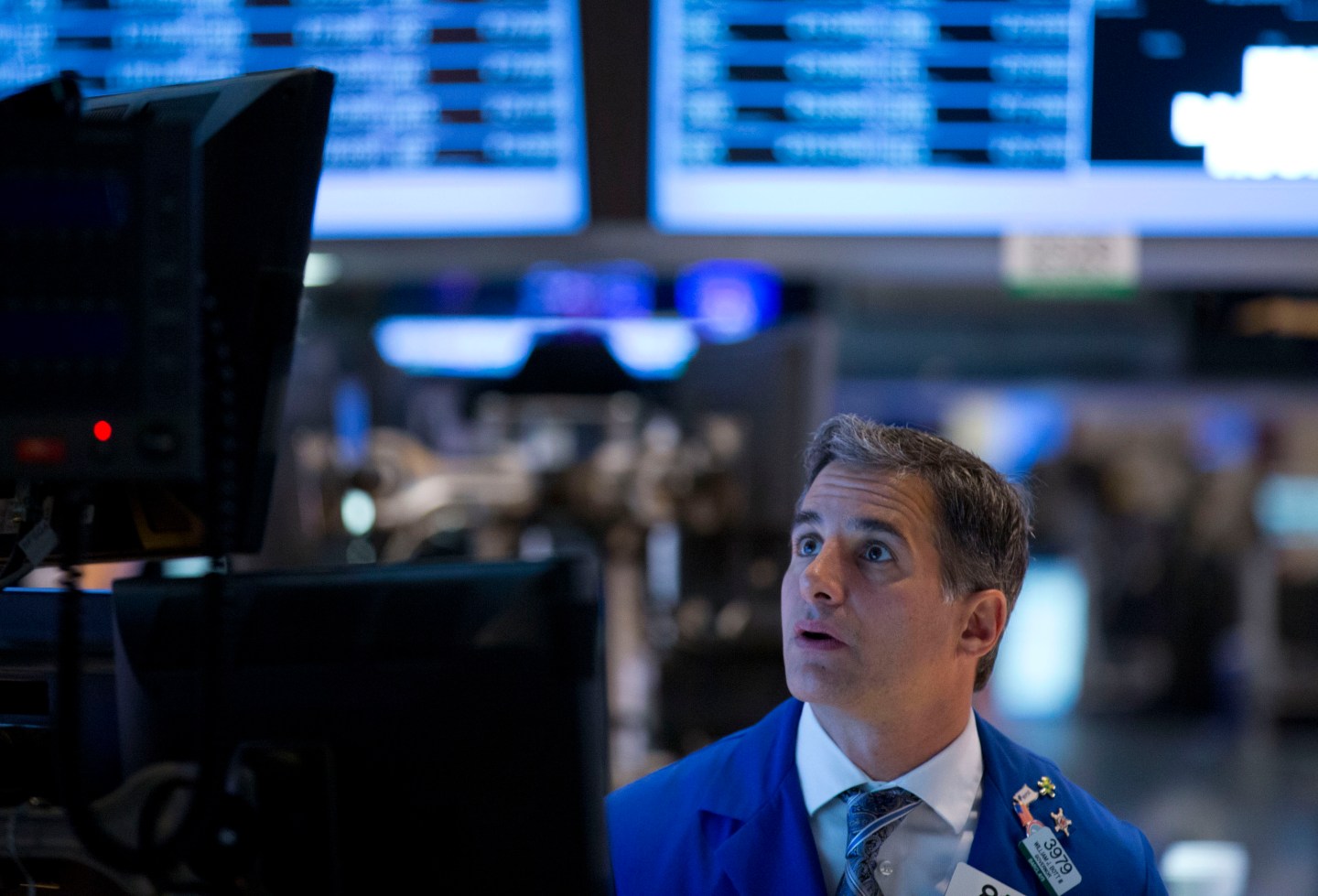 A trader works on the floor of the New York Stock Exchange (NYSE) in New York, U.S., on Wednesday, July 30, 2014. U.S. stocks erased gains as declines in industrial and consumer-staples shares helped wipe out an early rally sparked by data showing the economy rebounded more than forecast in the second quarter. Photographer: Jin Lee/Bloomberg via Getty Images
Photo by Bloomberg—Getty Images

U.S. economic growth braked sharply in the fourth quarter as businesses stepped up efforts to reduce an inventory glut and a strong dollar and tepid global demand weighed on exports.

The growth pace was in line with economists’ expectations and followed a 2% rate in the third quarter. The economy grew 2.4% in 2015 after a similar expansion in 2014.

Nevertheless, the GDP report could spark a fresh wave of selling on the stock market, which has been roiled by fears of anemic growth in both the United States and China.

The Federal Reserve on Wednesday acknowledged that growth “slowed late last year,” but also noted that “labor market conditions improved further.” The Fed, the U.S. central bank, raised interest rates in December for the first time since June 2006. Though the Fed has not ruled out another hike in March, financial markets volatility could see that delayed until June.

In the fourth quarter, businesses accumulated $68.6 billion worth of inventory. While that is down from $85.5 billion in the third quarter, it was a bit more than economists had expected, suggesting inventories could remain a drag on growth in the first quarter.

Consumer spending, which accounts for more than two-thirds of U.S. economic activity, increased at a 2.2% rate. That marked a step-down from the 3.0% pace notched in the third quarter.

Unusually mild weather hurt sales of winter apparel in December and undermined demand for heating through the quarter.

With gasoline prices around $2 per gallon, a tightening labor market gradually lifting wages and house prices boosting household wealth, economists believe the slowdown in consumer spending will be short-lived.

The dollar, which has gained 11% against the currencies of the United States’ trading partners since last January, likely remained a drag on exports, leading to a trade deficit that subtracted 0.47% point from GDP growth in the fourth quarter.

The downturn in energy sector investment put more pressure on business spending on nonresidential structures. Spending on mining exploration, wells and shafts plunged at a 38.7% rate after dropping at a 47.0% pace in the third quarter.

Investment in mining exploration, wells and shafts fell 35% in 2015, the largest drop since 1986.

Oil prices have dropped more than 60% since mid-2014, forcing oil field companies such as Schlumberger and Halliburton to slash their capital spending budgets.

Business spending on equipment contracted at a 2.5% rate last quarter after rising at a 9.9% pace in the third quarter. Investment in residential construction remained a bright spot, rising at a 8.1% rate.

With consumer spending softening, inflation likely retreated in the fourth quarter. A price index in the GDP report that strips out food and energy costs increased at a 1.2% rate, slowing from a 1.4% pace in the third quarter.