Why Rand Paul’s Debate Comments on Race, Prisons Make Him a GOP Outlier 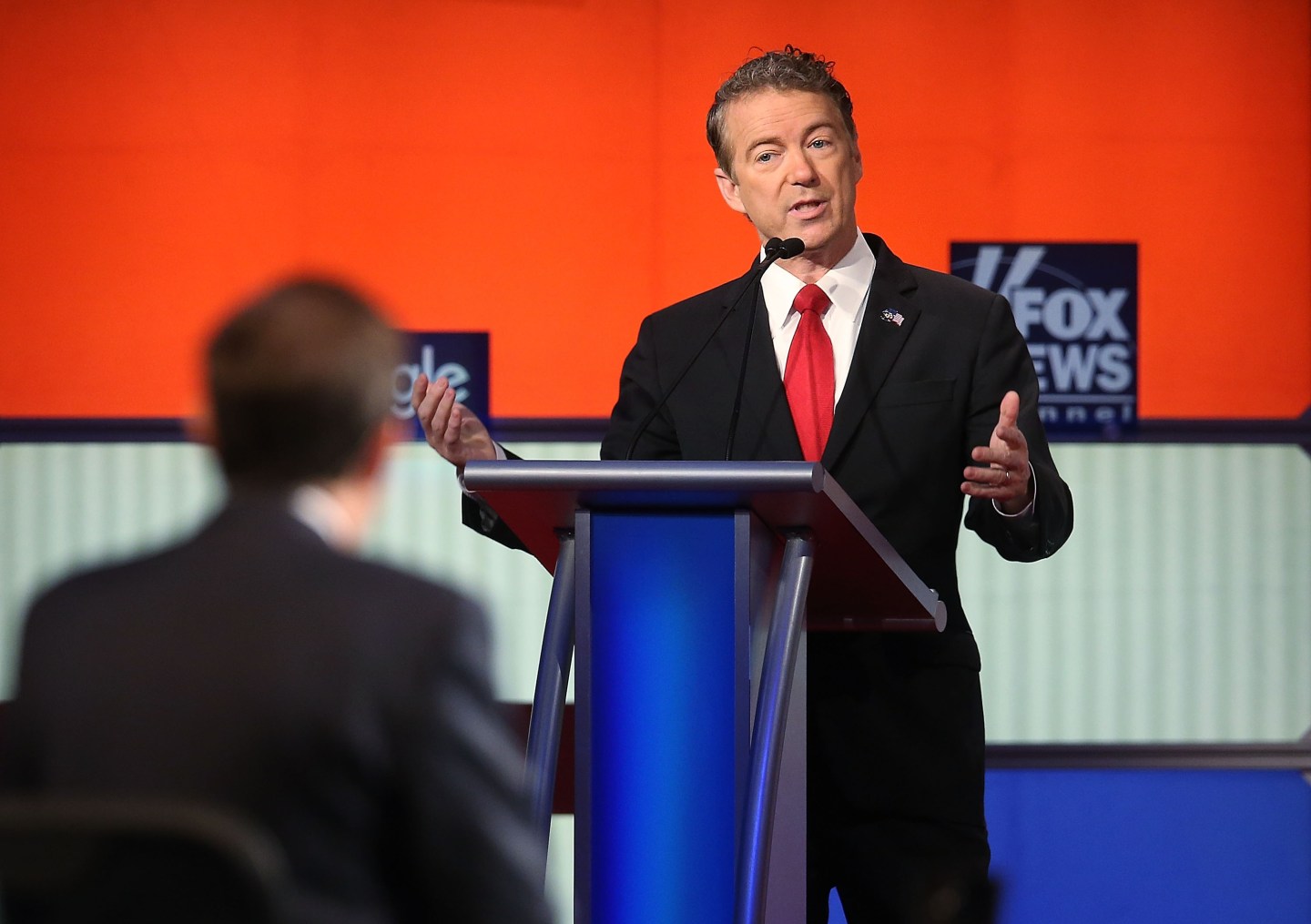 DES MOINES, IA - JANUARY 28: Republican presidential candidate Sen. Rand Paul (R-KY) participates in the Fox News - Google GOP Debate January 28, 2016 at the Iowa Events Center in Des Moines, Iowa. Residents of Iowa will vote for the Republican nominee at the caucuses on February 1. Donald Trump, who is leading most polls in the state, decided not to participate in the debate. (Photo by Scott Olson/Getty Images)
Photograph by Scott Olson — Getty Images

As you might expect, Thursday evening’s Republican primary debate offered its fair share of rhetoric and fear-mongering. There was, though, one moment of clarity and even compassion: Rand Paul’s brief monologue about the justice system and its unfairness to people of color, especially relating to drug crimes.

When the debate’s moderators brought up last year’s protests in Ferguson, Mo. and the Black Lives Matter movement that has sprung up in the past few years, Paul said this:

In Ferguson, for every 100 African-American women, there are only 60 African-American men. Drug use is about equal between white and black, but our prisons — three out of four people in prison are black or brown. I think something has to change. I think it’s a big thing that our party needs to be part of, and I’ve been a leader in Congress on trying to bring about criminal justice reform.

It is difficult to state just how out-of-step Paul is with most conservatives on this issue. Movement conservatives tend to dismiss racial disparities in prison as simply the result of people of color committing more crimes, and many like to harp on things like “personal responsibility” and “the disintegrating family” as the reason for the higher population of people of color in jails. Granted, some of that may be changing as right wing power brokers like the Koch Brothers and House Speaker Paul Ryan are starting to come to Paul’s side on the issue.

The stats, though, are in Paul’s favor:

In her seminal book on the topic, The New Jim Crow, Ohio State law professor Michelle Alexander argues that this is not a random phenomenon or the result of a few incidences of racism. Instead, it’s an institutional problem:

Rather than rely on race, we use our criminal justice system to label people of color “criminals” and then engage in all the practices we supposedly left behind. Today it is perfectly legal to discriminate against criminals in nearly all the ways that it was once legal to discriminate against African Americans…. As a criminal, you have scarcely more rights, and arguably less respect, than a black man living in Alabama at the height of Jim Crow. We have not ended racial caste in America; we have merely redesigned it.

This type of thing isn’t normally talked about by Republicans, at least not in the presidential debate; in fact, it is rarely mentioned by Democrats.

Rand Paul probably isn’t going to be the Republican presidential nominee, but his influence in the libertarian wing of the Republican Party will likely endure. Perhaps it’s a sign that at least some on the conservative side of the political aisle will continue to discuss mass incarceration and racial justice disparities.