Macy’s Is Teaming up With Etsy to Win Over Millennials 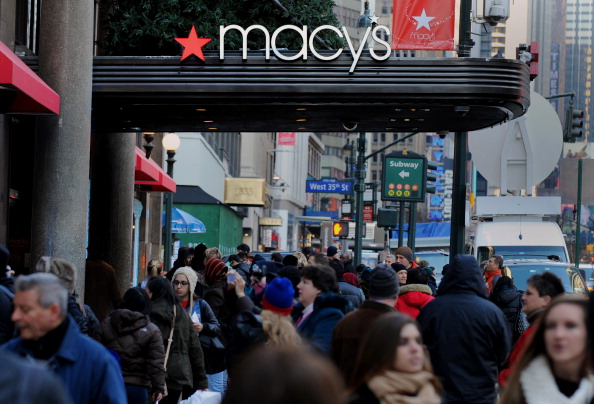 Macy’s (M) is trying something new to win over the younger shoppers it so covets: an Etsy (ETSY) shop in its gigantic Manhattan flagship store.

The department store, whose sales have languished in the last year, has been trying out new moves to bring in new customers and keep up to date with changing shopping habits. So in the recently renovated basement of its 1 million-square-foot store in Herald Square, Macy’s this week opened a shop for Etsy, the online marketplace that specializes in homemade items and crafts. The Etsy shop will offer 57 products picked by Macy’s buyers in an assortment that will include stationery, jewelry, and homewares, as well as some items made just for the department store. The selection will be changed over every two months.

We’re live at @Macys Herald Square NYC! Stop by tomorrow for a free tote with an Etsy Purchase #MacysxEtsy pic.twitter.com/sxs4BJGFGd

Macy’s is trying to become less reliant on apparel at a time when consumers are shifting their spending to other areas. In recent years, the company has opened in-store shops for other retailers such as Finish Line. And it has been testing small Best Buy (BBY) shops within some of its stores to sell consumer electronics ahead of a potential rollout to more Macy’s locations.

Earlier this month, Macy’s reported comparable sales during the holiday season fell 5.2%, adding to the pressure to refresh its customer base. Last year, Macy’s unveiled its “One Below” area in its basement, a 53,000-square-foot area aimed at millennial shoppers, filled with technology, apparel, accessories, cosmetics, food, and house music geared toward shoppers under 35.

For Etsy, whose other retail partnerships have included Whole Foods Market (WMF) and Nordstrom (JWN), the partnership will help it reach a broader clientele: Macy’s flagship is one of the top tourist attractions in New York, visited by millions of shoppers a year.

Etsy went public in April, but its shares have stumbled about 80% from an all-time high amid concerns many sellers aren’t getting enough incentive to keep selling via the site. As of Etsy’s most recent quarterly report, the marketplace boasts a total of 36 million items for sale from 1.5 million active sellers and has 22.6 million active buyers.