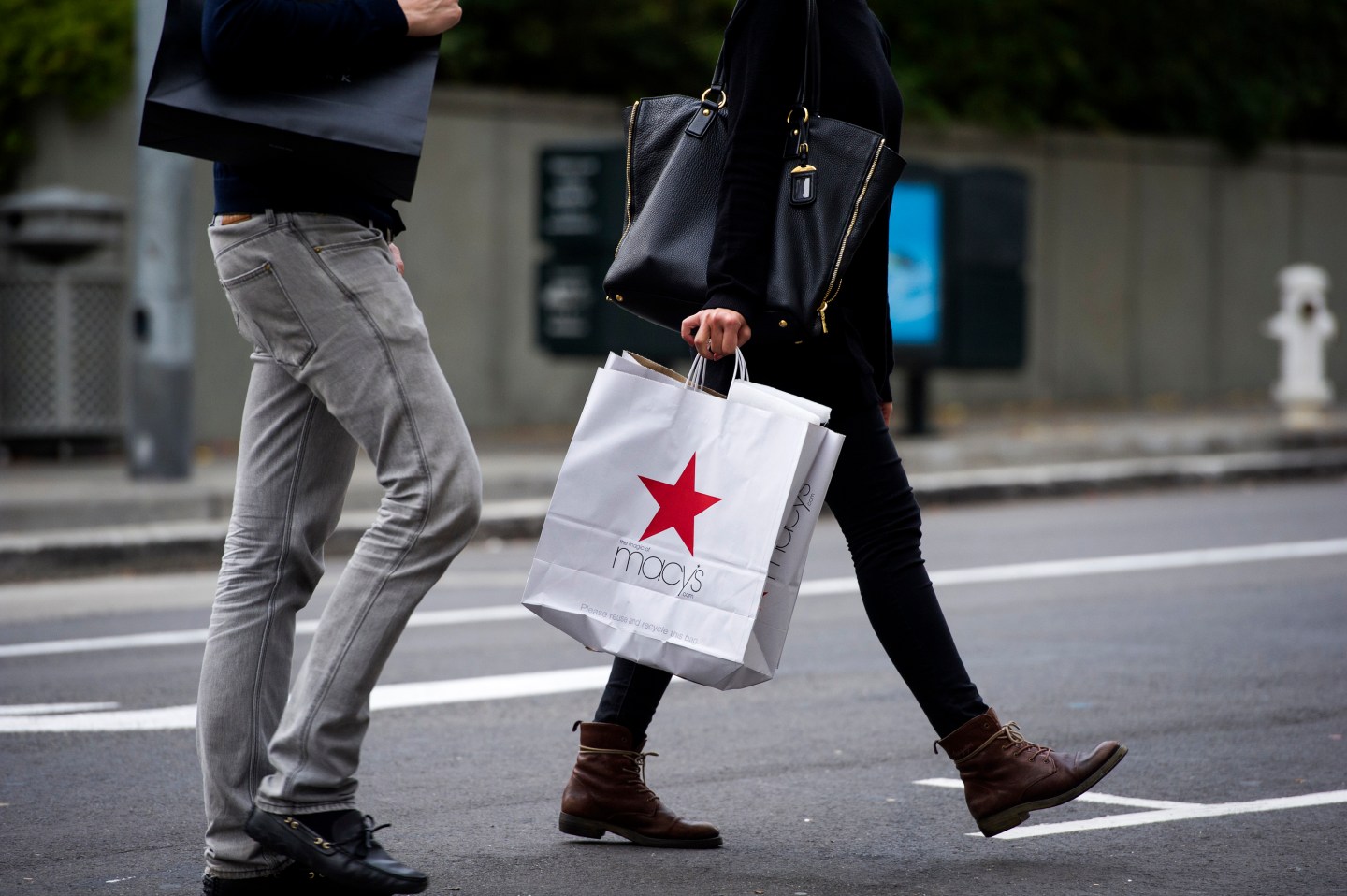 Macy’s (M) will soon be selling consumer electronics at some of its stores for the first time in many years thanks to a test run with Best Buy (BBY), the retailer announced on Tuesday.

The department store, primarily known for selling apparel, handbags, shoes, and home goods, will test licensed consumer electronics departments under the Best Buy name at 10 Macy’s stores across the U.S. beginning in early November. The Best Buy licensed shops will run about 300 square feet in size, be staffed by Best Buy employees, and feature Samsung smartphones, tablets, and smart watches, as well as audio devices like Bluetooth speakers and headphones, among other items.

The move comes at a time when Macy’s sales have been slipping, and the retailer has found consumer spending shifting away from apparel, accessories, and shoes, which generate about 85% of its sales. Competition from discount rivals like T.J. Maxx (TJX) has also been intensifying. Last month, Macy’s reported second-quarter comparable sales fell 2.1% and lowered its full-year forecast. For Best Buy, whose results are on the upswing again, the partnership expands its retail footprint and reach with new consumers.

“Our customers have expressed interest in electronics for self-purchase and gift-giving, and this collaboration with Best Buy reinforces Macy’s as a shopping destination throughout the year for the products that are most in demand,” said Macy’s president Jeff Gennette in a statement.

The companies will wait to see how the 10 shops do during the key upcoming holiday season before deciding on any next steps.

Macy’s partnership is the latest by a department store with another retailer to diversify its offerings. In June, Macy’s announced a plan to house Men’s Wearhouse (MW) tuxedo rental shops at 300 of its stores. And since 2013, Macy’s has hosted hundreds of in-store shops for athletic shoe retailer Finish Line (FL). In July, Nordstrom (JWN) said it would double the number of its stores selling clothing by J.Crew’s Madewell brand.