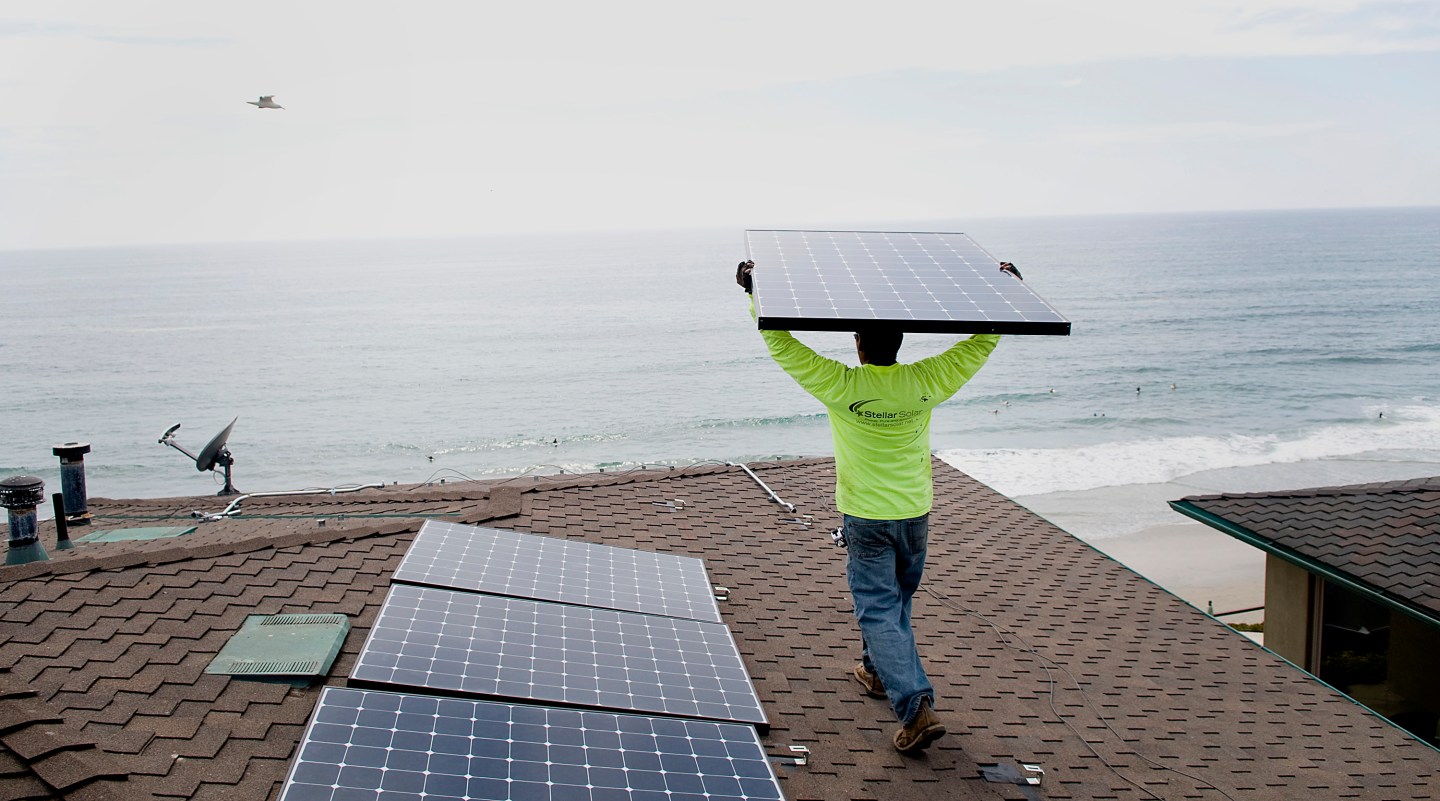 In contrast to the battle over solar in Nevada, the state with the most solar panels in the U.S., California, has decided to maintain an important policy that supports solar customers.

On Thursday afternoon, the California Public Utilities Commission voted to keep the state’s current policy of compensating solar customers for the energy they generate with solar panels. The commission narrowly upheld the policy with a vote of 3 to 2.

Called “net metering,” the policy has been examined by states across the nation in recent years. Utilities across the country have been struggling to figure out how to manage and pay for the influx of home-owners buying solar panels and generating their own power in sunny states like Nevada, Arizona, and California.

In Nevada, state regulators recently approved a change to net metering rates, adding fees and lowering the price paid to solar customers for the energy they generate. The decision in California will be highly watched given the state leads the solar industry.

Many states have net metering rules in place, but California pays its solar customers high rates for their electricity, encouraging the growth of the solar industry. Partly because of such policies, California has the most solar customers in the U.S.

The solar industry applauded the ruling. The Solar Energy Industries Association released a statement that said: “By voting to continue net metering in California, the CPUC is driving a stake in the ground and solidifying its place as America’s leading clean energy state.”

SolarCity CEO Lyndon Rive said in a statement: “Today’s decision by the Public Utilities Commission will empower Californians to contribute to a cleaner, more affordable, more resilient, and more distributed grid.” He added: “It will give us the time to prove distributed energy’s full benefits to the grid and all ratepayers, while continuing to deploy clean energy and creating jobs today.”

SolarCity (SCTY) is the largest solar installer in the U.S. Following Nevada’s decision to add fees and reduce compensation for customers’ solar energy, SolarCity announced it would no longer operate in the state. The company also relocated 550 of its workers that were operating in Nevada. Other solar companies made similar moves.

Nevada’s regulators’ decision was particularly contentious because it also implemented the new fees for existing solar customers. That meant that thousands of Nevadans that bought solar panels years ago, and spent tens of thousands of dollars, would immediately have to start paying higher fees.

Two solar customers filed a class action lawsuit against the utility in the state, NV Energy, claiming the company gave false information to the regulators. Earlier this week NV Energy announced that it would propose to enable existing customers to keep their previous rates for the next 20 years.