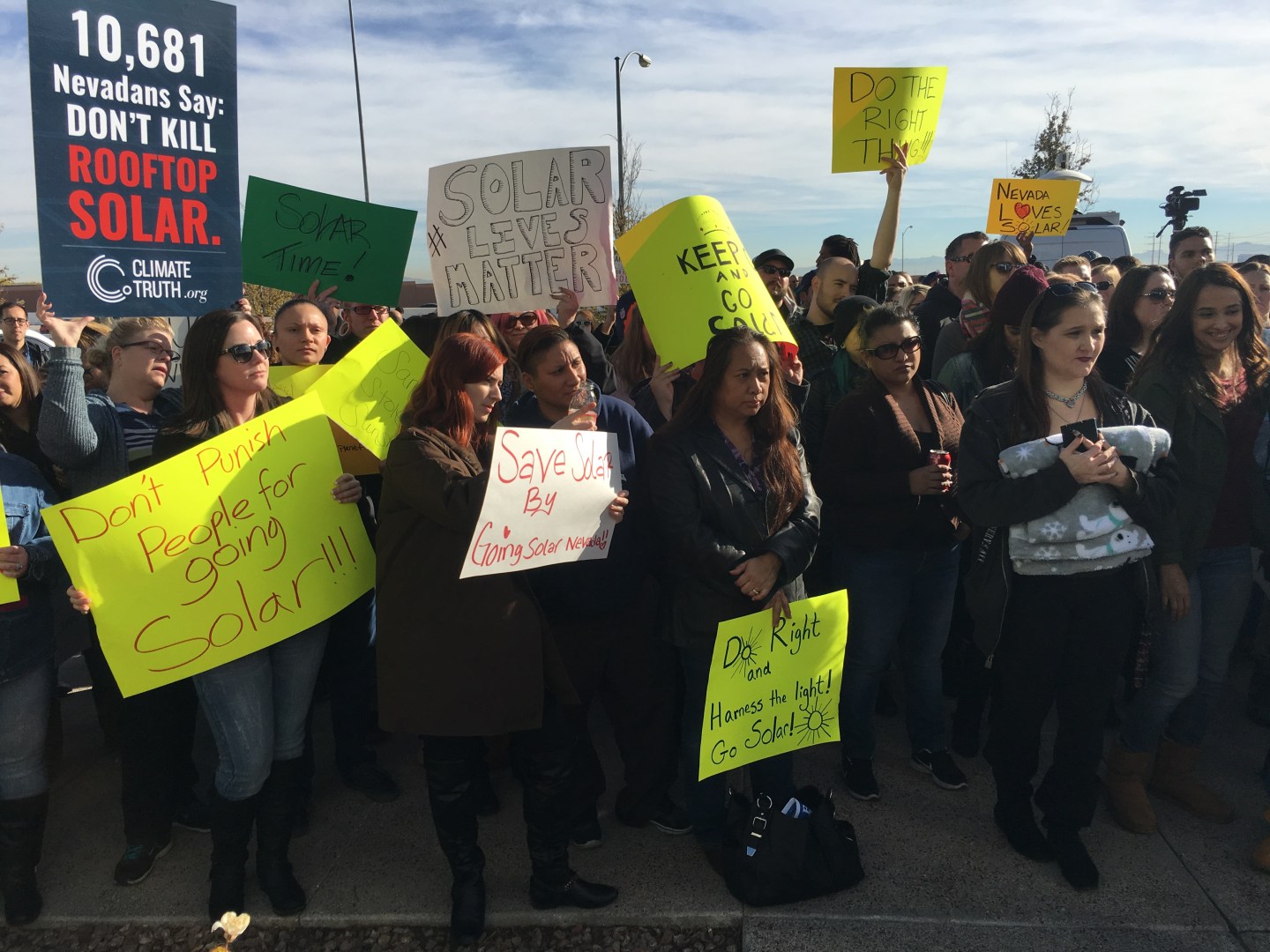 On Monday, NV Energy, which is owned by Warren Buffett’s Berkshire Hathaway Energy, announced that it would submit a proposal to the state regulator that would let customers that already own solar panels avoid new fees over the next 20 years. The new fees, which went into effect this year and are the subject of intense controversy, would still apply to new solar customers.

Utilities across the country have been struggling to figure out how to manage and pay for the influx of home-owners buying solar panels and generating their own power in sunny states like Nevada, Arizona, and California. At the end of 2015, Nevada’s Public Utility Commission approved new rules that added extra fees for solar panel owners and lowered the compensation they received for producing and selling their solar power to the grid.

Nevada’s Governor, Brian Sandoval, NV Energy, and the PUC all took the position that electricity customers who don’t own solar panels were unfairly overpaying for grid maintenance and interconnections while the solar customers were reaping the benefits. Utilities in others states, like Arizona, have taken similar steps.

However, that the ruling also applied to customers that bought solar panels years ago—some having spent tens of thousands of dollars—angered many people. With the added fees, many of the solar customers say they would never have bought panels. Two solar customers filed a class action lawsuit against NV Energy claiming the utility provided false information to the state’s regulator.

The economics behind clean energy:

During the first hearing after the ruling, solar companies helped organize a large protest outside of the regulator’s Las Vegas headquarters. Celebrity actor Mark Ruffalo attended and riled up the crowd.

Presidential candidate Bernie Sanders has voiced his support of the angry solar customers. This weekend in San Francisco, Grateful Dead singer and guitarist Bob Weir and former Van Halen singer Sammy Hagar played a free concert in support of solar customers in both Nevada and California.

As a result of the ruling, solar companies like SolarCity (SCTY), Sunrun (RUN), Vivint Solar (recently bought by SunEdison (SUNE)) and others have cut jobs in the state and relocated workers elsewhere.

NV Energy says it will submit the proposal to the regulator on Feb. 1. At previous hearings, the company didn’t take a position on grandfathering in older solar customers.