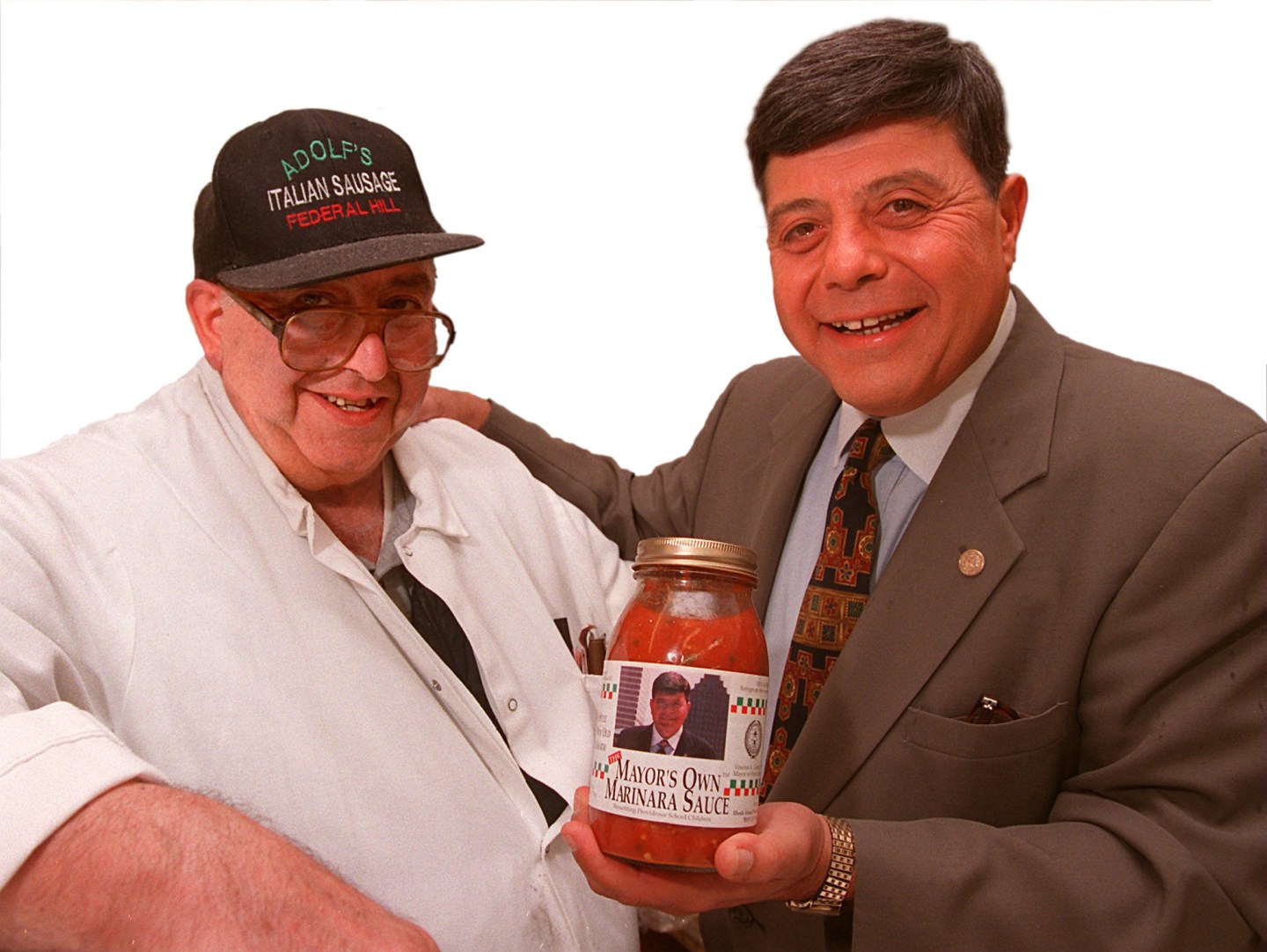 Providence is mourning the death of a former mayor.

It’s a news item that would, in many cases, barely register outside of the local press. But Vincent “Buddy” Cianci, who died at the age of 74 on Thursday morning, might be the most colorful character to have emerged from Rhode Island politics.

Cianci’s blustery showmanship and penchant for talking plainly made him one of Providence’s most popular mayors, which helped him become the longest-serving mayor in the city’s history. You can divide the Italian-American’s 21 years in office into two stints, both of which culminated in felony convictions—black marks that seemed to only endear him more to a large slice of Providence.

In 1984, Cianci ended his first nine-year run as mayor with a felony assault conviction, after he was accused of kidnapping a man he suspected was his ex-wife’s lover, then beating him up and trying to jab a lit cigarette in his eye. He managed to regain his seat in City Hall by 1991, where he remained until his second felony conviction (on one count of racketeering conspiracy) sent him to prison in 2002.

Believe it or not, Cianci returned to the mayoral campaign trail in 2014. While he didn’t win, his opponents were so worried he might that two dropped out in order to boost the campaigns of candidates who had a better chance of beating Cianci.

Cianci’s was a political career that put on full display the immense power of pure, delicious show biz in politics. And it’s one that draws irresistible comparisons to Republican presidential candidate Donald Trump, whose flashy style has curried the same enduring appeal.

When Cianci first ran for mayor, at 33, his biographer writes that he walked across Providence day and night, with one hand outstretched, repeating over and over: “Hello, may I shake your hand? I’m Buddy Cianci and I’m running for mayor.” Soon enough, he wouldn’t need the introduction: he attended so many ribbon-cutting ceremonies and events as mayor that he once quipped that he’d attend “the opening of an envelope.” As mayor, his license plate was “1.” He even has his own line of pasta sauce.

Cianci was famous in Providence for his quippy lack of political correctness. During a debate with other mayoral candidates, who were accusing each other of stealing money from pension funds, Cianci remarked that he was “caught between the Little Dipper and the Big Dipper.” Once, when a reporter for Boston Magazine mentioned the name of one of Cianci’s most vocal critics, the mayor replied that the Providence Journal columnist used to steal lamb chops 15 at a time from a local hotel by stuffing them into his pockets. But his most memorable quip might be one from the corruption case that had him sent to prison for five years: “Be careful of the toe that you step on today, because it may be connected to an ass that you have to kiss tomorrow.”

Trump might not be so much of a flesh-presser (The Washington Post points out that he actually avoids shaking hands on the campaign trail), but his bombastic, straight-talking persona follows the same political show biz playbook. The same day the final curtain dropped on Cianci, Trump was in Des Moines, boycotting the Republican Fox News debate and instead holding his own event. CNN plans to cover Trump’s alternative plans as a live event. This month, former Face the Nation moderator Bob Schieffer revised his opinion of the billionaire: “I started out saying well he’s a reality TV star. I’ve changed my definition. He’s a master showman who has this impeccable timing and this ability to sort of control the conversation.”

Much like the way Cianci’s political career weathered two felony convictions, Trump’s enduring popularity has astounded political strategists. Indeed, he recognizes the power of his show. This week, Trump said at a campaign rally that he could “stand in the middle of 5th Avenue and shoot somebody and I wouldn’t lose voters.” If Cianci’s political success after trying to jab a lit cigarette in someone’s eye is any indication, he may very well be onto something.