Re-Tooled: How Ray-Ban Brought Its Brand Back from the Brink 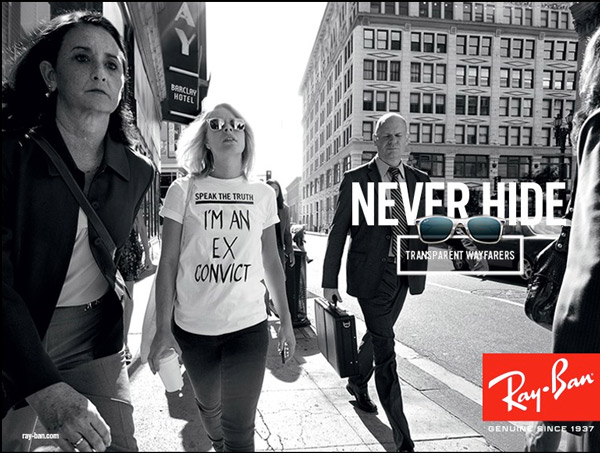 Nowadays, Ray-Ban sunglasses can be found selling for as much as $300 at high-end stores like Nordstrom (JWN) and Neiman Marcus. The brand recently opened its first ever flagship store, a sleek emporium in the heart of Manhattan’s shopping mecca, SoHo. And if you walk around capitals like London, Paris and Milan, it seems like anyone remotely stylish is sporting the shades.

But not that long ago, in 1999, the brand was in a shambles, with its once-pioneering wares on sale for $19 at countless gas stations and convenience stores. And the quality was awful: Ray-Ban was using antiquated tooling and its frames were flimsy.

It was at that rock-bottom point that Italian eyewear giant Luxottica bought Bausch & Lomb’s eyewear brands, with Ray-Ban as the deal’s crown jewel, for $640 million in 1999. And thanks to an aggressive turnaround plan, Ray-Ban staged a remarkable comeback, one that it is working hard to keep going. In 2000, Ray-Ban generated 252 million euros for Luxottica, or 10% of company sales. By 2014, that had risen more than eightfold to 2.065 billion euros, or 27% of Luxottica sales. Ray-Bay now commands 5% of the global eye wear market, and is the largest sunglasses brand, according to Euromonitor International data.

Before its decline, Ray-Ban had held a dominant spot in American popular culture, thanks to appearances in classic films from Breakfast at Tiffany’s to Top Gun. But looking to boost sales, B&L transformed Ray-Ban into a mass-market brand.

In its ability to bounce back, Ray-Ban is one of the lucky ones. Few high-end brands that flirt with the low-end live to tell the tale, ​as other brands have found when they’ve lowered prices in a bid to join the “accessible luxury” market.​ So the Ray-Ban case instructive for many labels looking to win back their aura..

Luxottica’s Chief Marketing Officer, Stefano Volpetti, recently spoke with Fortune about how the company returned luster to the iconic brand and what its doing to keep the momentum going.

The Ray-Ban brand first emerged as a major player in eyewear in 1929 when the Air Force asked Bausch & Lomb to develop a new kind of eyewear that would protect pilots’ eyes from glare without compromising how well they could see. In 1936, Ray-Ban sold the resulting glasses, Aviator-style shades, to the public for the first time, and an American icon was born.

The ethos of coolness and technical innovation was what Luxottica was looking to revive when it bought Ray-Ban. But first it had to clean up the brand.

When Luxottica bought Ray-Ban, it says, the brand’s frames fell apart four times faster than those of Luxottica’s other brands. In 2000, Luxottica consolidated production of Ray-Ban sunglasses from four outdated facilities in different areas of the world to a state of the art facility in Italy, where Luxottica manufactured other brands in its portfolio. Northeast Italy is known as a hub for premium eyewear, with the added benefit of proximity to quality parts suppliers.

Convenience stores and gas stations are not the best avenues for cultivating an upscale image. So Luxottica made the painful decision to exit 13,000 points of sale in the early 2000s, sacrificing revenue in the short term in the belief that would pay off later. The company was making eyewear for luxury names like Bulgari, Chanel and Armani, so it already had ins with high-end stores. By 2004, Luxottica was able to leverage the improved reputation of Ray-Ban to command higher prices again, selling the shades at Neiman Marcus and Saks Fifth Avenue. In 2000, a year after the acquisition, the starting price for a pair of Aviators was $79. Two years after that, that had risen to $89. And by 2009, as Ray-Ban started using newer materials like lightweight carbon fiber and more sophisticated lens technology, the entry price had reached $129.”We needed to clean the market of many pieces of low-quality, old Ray-Bans and clean up the distribution,” says Volpetti.

In 2000, all of Ray-Ban sales were for non-prescription sunglasses. Luxottica, tapping its core strength in the prescription-sunglasses area, brought Ray-Ban into its “optical” business three years later. Fast forward to 2015, and some 30% of Ray-Ban revenues come from prescription glasses, which are generally pricier and more profitable.

Ray-Ban has also moved into personalized products. In 2013, it launched Re-Mix, allowing customers for the first time to customize their glasses themselves by mixing different frames, materials and styles in 220,000 different possible permutations. Re-Mix now generates 40% of the brand’s online revenues. Last year, Ray-Ban also started offering its shades in new and unusual forms, selling Wayfarers made of leather, denim and velvet, among other materials.

An advertisement from Luxottica’s new Ray-Ban campaign.Photograph courtesy of Luxottica

The brand opened its first flagship in November, a 5,000 square-foot store in Manhattan’s hip SoHo area, that is Luxottica says is key to providing the kinds of experiences that will help Ray-Ban keep its market lead. The store will offer live performances, film screenings, art shows and exhibits that showcase the brand’s long history.

Volpetti says Luxottica is determined to use the lessons of the last 15 years to successfully enter China. (Ray-Ban remains an overwhelmingly European and North American brand.) And that means selectively choosing what stores will carry the sunglasses in China, opting for better doors even if that means a slower entry. The marketing will emphasize Ray-Ban’s history of innovation and as the preferred sunglasses of the Hollywood set, something Volpetti says Chinese customers aren’t aware of yet.

Beyond China, the key to success for Ray-Ban will be to continue to tap what made it a top name to begin with: good-looking shades that don’t try too hard to be fashion-forward, while boasting the latest technical advances. Such advances include the use in its Liteforce collection of super light and resistant material of the kind aerospace companies use. Ray-Ban is also about to launch its “Chromance” lens, which the company claims uses color enhancement technology so people can see colors and contrasts better.

“As long as the brand continues to balance those two dimensions, technical innovation and counterculture stylishness, it’s going to be fine,” says Joe Jackman, a retail industry consultant whose firm Jackman Reinvents focuses on brand revitalization. (Ray-Ban is not a Jackman client.) “The brand has a clear and true DNA and as long it keeps the balance then they will read as authentic.”