Microsoft Explains Why Its Tablets Quit on the New England Patriots 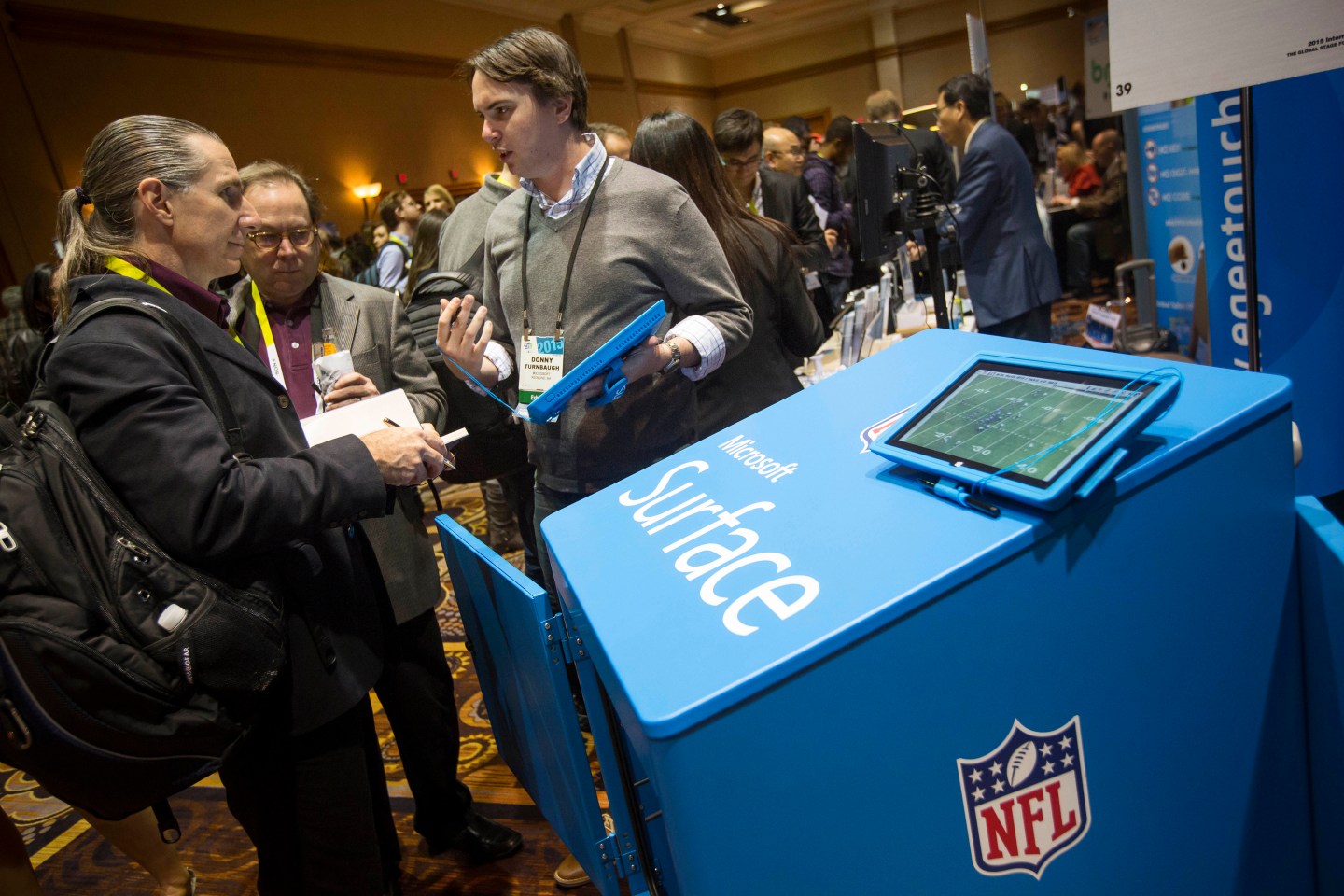 Microsoft’s (MSFT) Surface tablets stopped working during the NFL’s AFC Championships game between the New England Patriots and the Denver Broncos on Sunday—and now the company is responding to explain what went wrong.

The tablet, a competitor to Apple’s iPad that has failed to make a mark, stopped working before the over 50 million people viewers of the game in person and on television, Bloomberg reported. Yusuf Mehdi, the Windows marketing chief, defended his company’s product in a blog post.

“Microsoft Surfaces have not experienced a single failure in the two years they’ve been used on NFL sidelines,” Mehdi wrote. “On rare occasions like we saw on Sunday, the stadium has network issues that prevent the delivery of images to the Surface devices. In these cases, we work with the NFL to quickly troubleshoot possible network issues so we can get the photo-imaging solution to proceed as normal.”

The NFL also released a statement about the technical issue. “Near the end of the 1st quarter, we experienced an infrastructure issue on the Patriots sideline that impacted still photos for the coaching tablets.” It added, “The issue was identified as a network cable malfunction and was resolved during the 2nd quarter. The issue was not caused by the tablets or the software that runs on the tablets. We have experienced no issues with the tablets this season. Any issues were network related.​”

Microsoft inked a $400 million deal with the NFL to have the tablets used for coaching purposes at games, according to Bloomberg. Interestingly, the devices have been called iPad by commentators repeatedly, the publication notes. In November, a tablet was thrown by Green Bay quarterback Aaron Rodgers and Johnny Manziel, quarterback for Cleveland, took one of the devices and smashed his head with it in December.

But Medhi wrote such examples are positives for the company and “further evidence of two things: 1) players are getting information faster, even if they don’t always like what they see and 2) these devices were built to endure just about anything, even Johnny Manziel’s head.”

In August, Fortune reported that women’s tennis started a partnership with Apple for coaches to use iPads during matches.