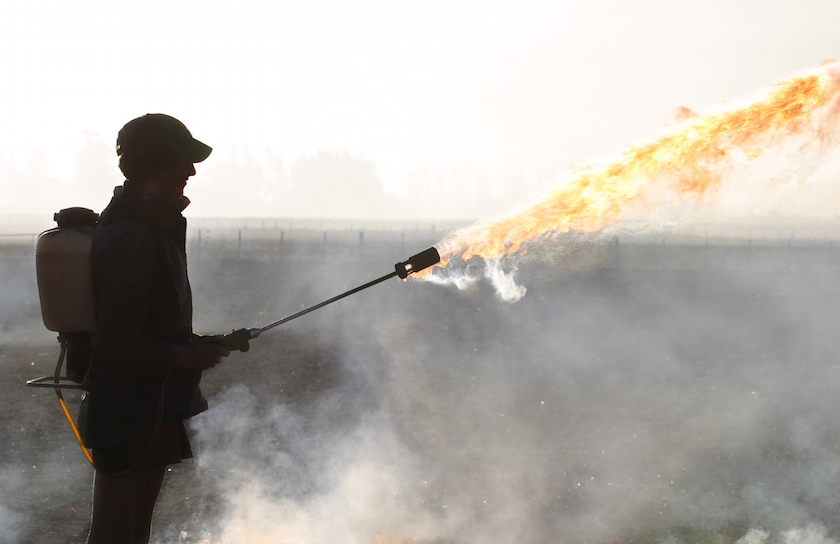 The name is inspired by a Saturday Night Live Weekend Update segment called”Really?!?” that was introduced during Seth Meyers‘ reign as head writer when he co-hosted Weekend Update with Amy Poehler. It essentially pokes fun at people for lacking common sense.

A spokesperson for Engel told Fortune the Congressman introduced the bill in November after learning that flamethrowers are unregulated in 48 states. Maryland and California are the only two that have taken steps to regulate the weapon.

“You’d just assume—right?—that flamethrowers would be regulated,” Engel told Bloomberg. “It just causes you to scratch your head and say, ‘Really?'” Apparently you can even get them through the mail, “rush delivery! No questions asked.”

Engel, a fan of both SNL and gun control, wrote a bill that exempts “qualified law enforcement officers.” So far it only has three co-sponsors, all Democratic representatives. The spokesperson said they expect “some folks, like the NRA” may oppose the bill, but at this point most people are just shocked to learn about the lack of regulation, adding “it just makes common sense.”

Engel says he can “easily get 50” co-sponsors, more if the National Rifle Association doesn’t interfere. However he does think bringing awareness to the bill could help. “Maybe I could appear on [Seth Meyers’] show,” he told Bloomberg. “The show is on very, very late—but it’s pretty good.”