Winter Storm Jonas Is No Match for Tinder 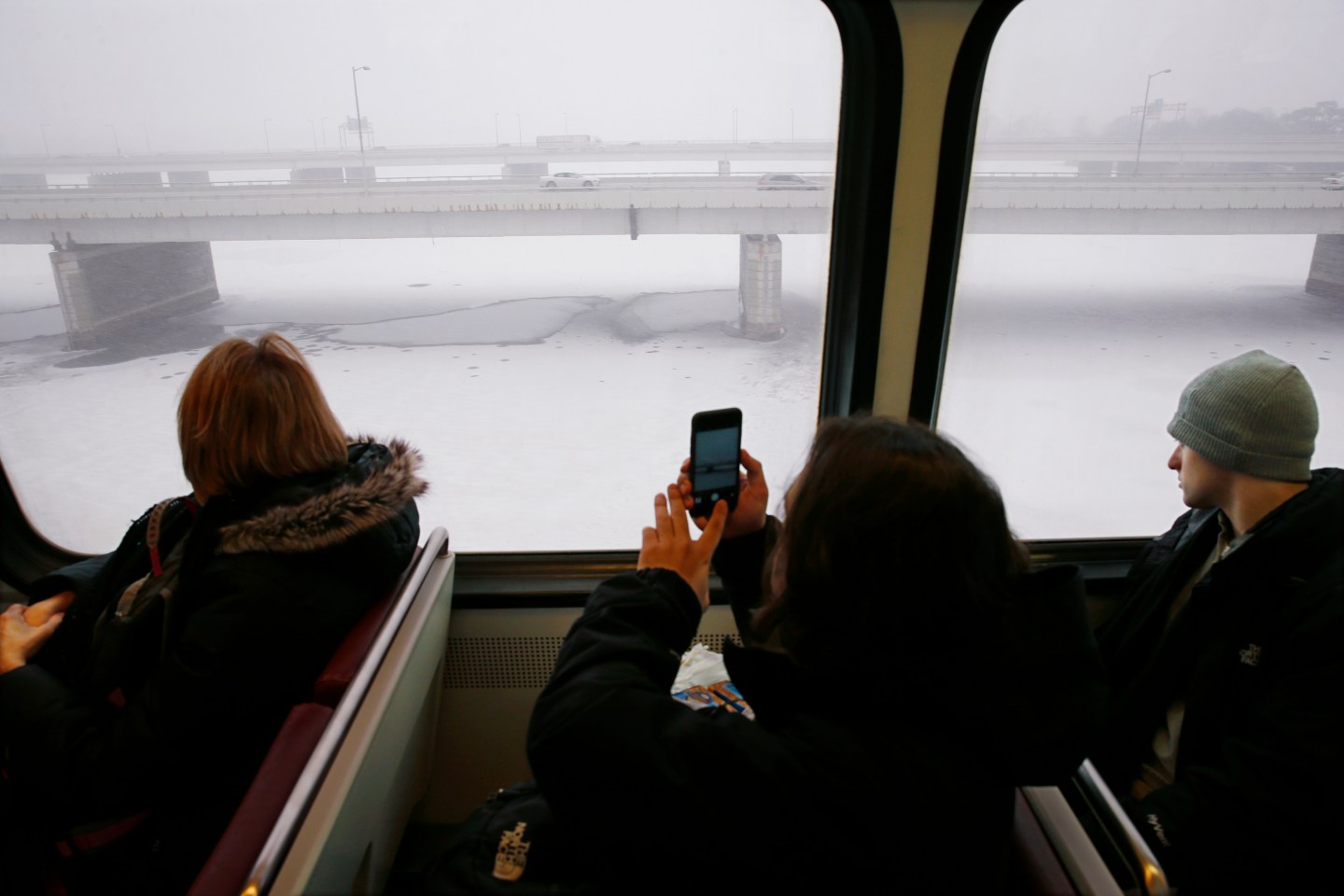 A Metro subway rider takes a picture of the snow-covered Potomac River as a snow falls in Washington January 22, 2016. A powerful storm arrived Washington on Friday, threatening to bury parts of the East Coast under as much as 30 inches of snow after coating North Carolina in white and blasting Arkansas, Tennessee and Kentucky with a wintry mix. REUTERS/Jonathan Ernst - RTX23LHK
Photograph by Jonathan Ernst — Reuters

Winter Storm Jonas was a devastating event for some. But for others, it was an opportunity to hook up.

More than 10 million matches were made through the mobile-dating app Tinder in areas affected by Winter Storm Jonas over the past weekend, a company spokesman told Fortune on Tuesday. The number was higher than the typical number of connections, though the spokesman didn’t say how many matches are normal for that period.

“We definitely saw an increase in Tinder use and matches this past weekend,” the spokesman said, adding that “at some points [during the storm], the chances of making a match were up to 3.3 [times] higher than usual.”

Tinder has become a pop culture icon in the world of mobile dating apps. It lets users check out pictures of others and quickly decide whether they’d like to make a match and chat, or move on. Swiping to the left indicates the person isn’t worth pursuing, while swiping to the right opens the door to a connection. After the other person makes his or her choice, and if both match, both parties can chat with each other and take it from there.

While Tinder is pitched as a dating app, in pop culture, it’s become known as a tool for people to “hook up” with each other. It’s unclear whether the extra matches during the storm turned into anything beyond online flirting.

For more, read:
This Is What Happens When a Politician Goes on Tinder

Last week’s Winter Storm Jonas was a historic blizzard that dumped feet of snow across the Eastern seaboard. Airlines cancelled more than 13,000 flights, and millions were stuck at home because of impassable roads and highways. The total economic loss could exceed $3 billion, according to some analysts.

Based on Tinder’s comments, however, it appears that those locked inside found other ways to entertain themselves.

For more about Tinder, watch:

With that said, it’s not uncommon for Tinder to see an uptick during big events that bring people together in a particular area. For example, Tinder saw heavier-than-normal usage earlier this month during the International Consumer Electronics Show in Las Vegas, according to estimates by Vector Media. Usage was also up at the Sochi Winter Olympics in 2014, according to anecdotal evidence from the athletes themselves.

Now it’s clear that not even one of the most historic blizzards is enough to stop people from using Tinder to connect.