This Is What Happens When a Politician Goes on Tinder 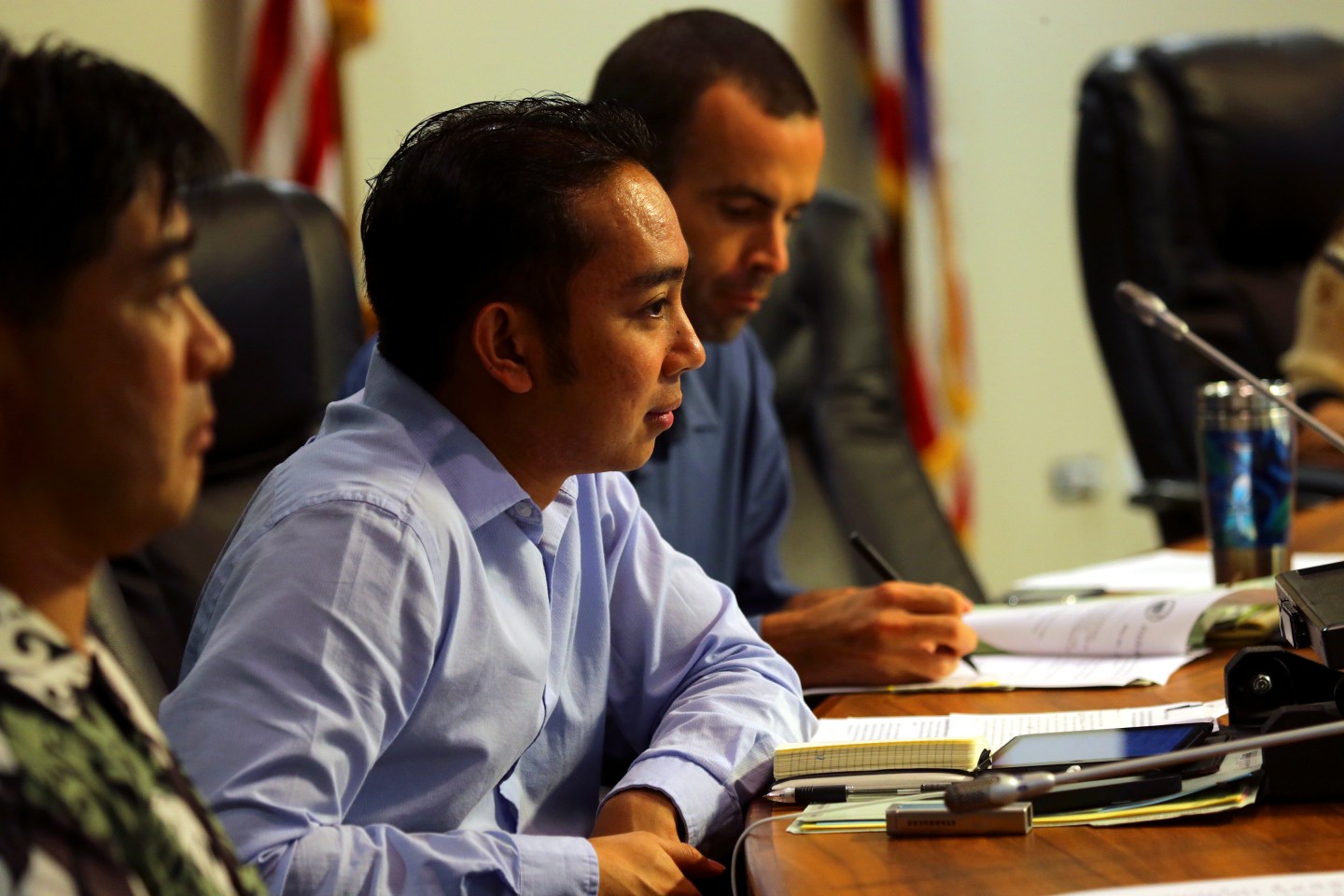 Greggor Ilagan, who initially thought a ban on genetically modified organisms was a good idea, at a council meeting in Hilo, Hawaii, Nov. 5, 2013. From the moment the bill to ban genetically engineered crops on the island of Hawaii was introduced, it garnered more vocal support than any the County Council here had ever considered, yet it is a subject in which popular beliefs often do not reflect scientific evidence. (Jim Wilson/The New York Times)
Photograph by Jim Wilson — The New York Times via Redux

Greggor Ilagan, a two-term councilman from Puna, Hawaii, learned the hard way that Tinder (TINDER) is not the ideal platform for campaigning.

The 29-year-old candidate is running for the District 2 Hawaii State Senate against incumbent Russell Ruderman, who’s going for his second term, Honolulu’s Civil Beat reports. Ilagan turned to the dating website to connect with potential voters and campaign supporters before the Aug. 13 Democratic primary.

He broadened his preference settings to give him the widest possible audience, allowing him to match with both men and women up to 100 miles away. But instead of the eager constituents he was hoping for, the councilman found a lot of people interested in things other than democracy.

He told Civil Beat, “There were actually a lot of guys that were hitting on me. I was always having to direct people back to the main focus.” He was expecting the one-on-one interaction to be more productive, “but it just leads to other things.” He has since stopped campaigning on the app and is now sticking to more mainstream social media platforms like Instagram, Twitter, and LinkedIn.

One thing he did learn from the experience — women are more inclined to talk about politics.