Why Voters Trust Some Candidates and Not Others 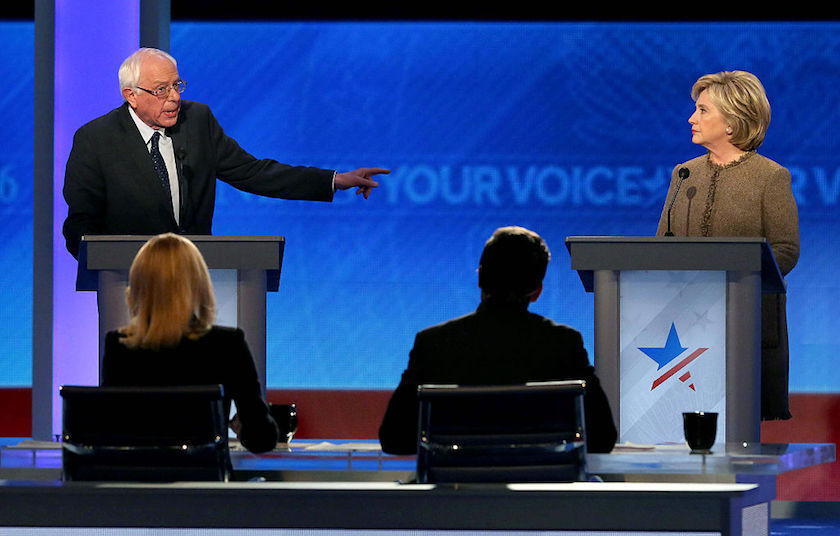 Is there anything business leaders can learn from how politicians project their personalities on the campaign trail? Suzanne Bates thinks so.

“There’s always a vast group of voters whose visceral belief in a candidate, rather than knowledge of the issues, motivates them to go to the polls,” says Bates, CEO of Bates Communications. “Likewise, employees coming in to work every day are deciding whether to keep working for you, and how ‘engaged’ they’re going to be, based on how much, or how little, they trust you.”

Having coached executives at dozens of companies like Merck, Fidelity, American Express, Boeing, and Dow Chemical on polishing their public personae, Bates and her team have analyzed why some leaders draw more followers than others and have identified 15 specific attributes, explored in a new book, All the Leader You Can Be: The Science of Achieving Extraordinary Executive Presence.

“The usual definitions of executive presence, like ‘charisma’ and ‘command of the room’ are not really useful, because they’re so vague,” says Bates. “We wanted to pinpoint observable behaviors that affect how people perceive leaders.” Almost no one has all 15 of the strengths outlined in Bates’ book—among them humility, vision, appearance, and practical wisdom—but candidates who are poles apart politically share many of them.

Take, for instance, Donald Trump and Bernie Sanders. Nothing in common, you say? Think again. “Both candidates say exactly what they think, and mean what they say. They ‘tell it like it is,’” observes Bates. It’s a sign of what the Bates study calls authenticity, and a widespread yearning for it is behind the push for more transparency at companies.

Two other political opposites, Hillary Clinton and Jeb Bush, are struggling with a quality Bates has labeled restraint. There’s no question that composure under fire is an essential quality in a leader, but excessive calm can be too much of a good thing.

“Clinton’s long experience in the public eye has steeled her emotions to the point where she responds to crisis in ways that most people don’t believe are real,” says Bates. “She’s unruffled to a fault. So people tend not to trust her.” Bush, meanwhile, has shown so much restraint that “voters don’t see him as passionate,” says Bates. “That enabled Trump to label him ‘the low-energy candidate.’”

One lesson for business leaders, she says, is that “composure is a strength, but if you never show any negative emotion, especially in a crisis or in response to bad news, people won’t see you as authentic”—and nobody trusts a phony.

That matters, Bates adds, because “the definition of leadership is changing. People want to see more of leaders’ humanity and ability to connect to others.” Millennials in particular are “loyal to leaders who have a clear vision for the future and who also show authenticity, including being willing to talk candidly about their own experiences.”

A big difference between politicians and executives is that candidates get a constant flow of information on how they’re perceived, from polls and press coverage, and can tweak their message accordingly.

Business leaders, by contrast, “almost never get honest feedback, unless they seek it out,” Bates says. “Even if you think you’re coming across as authentic and trustworthy, the people under you may not see it.” In an era of intense competition for talent, she adds, that gap in perception makes employees more likely to vote with their feet.