Obama Staffers Give Clinton a Boost 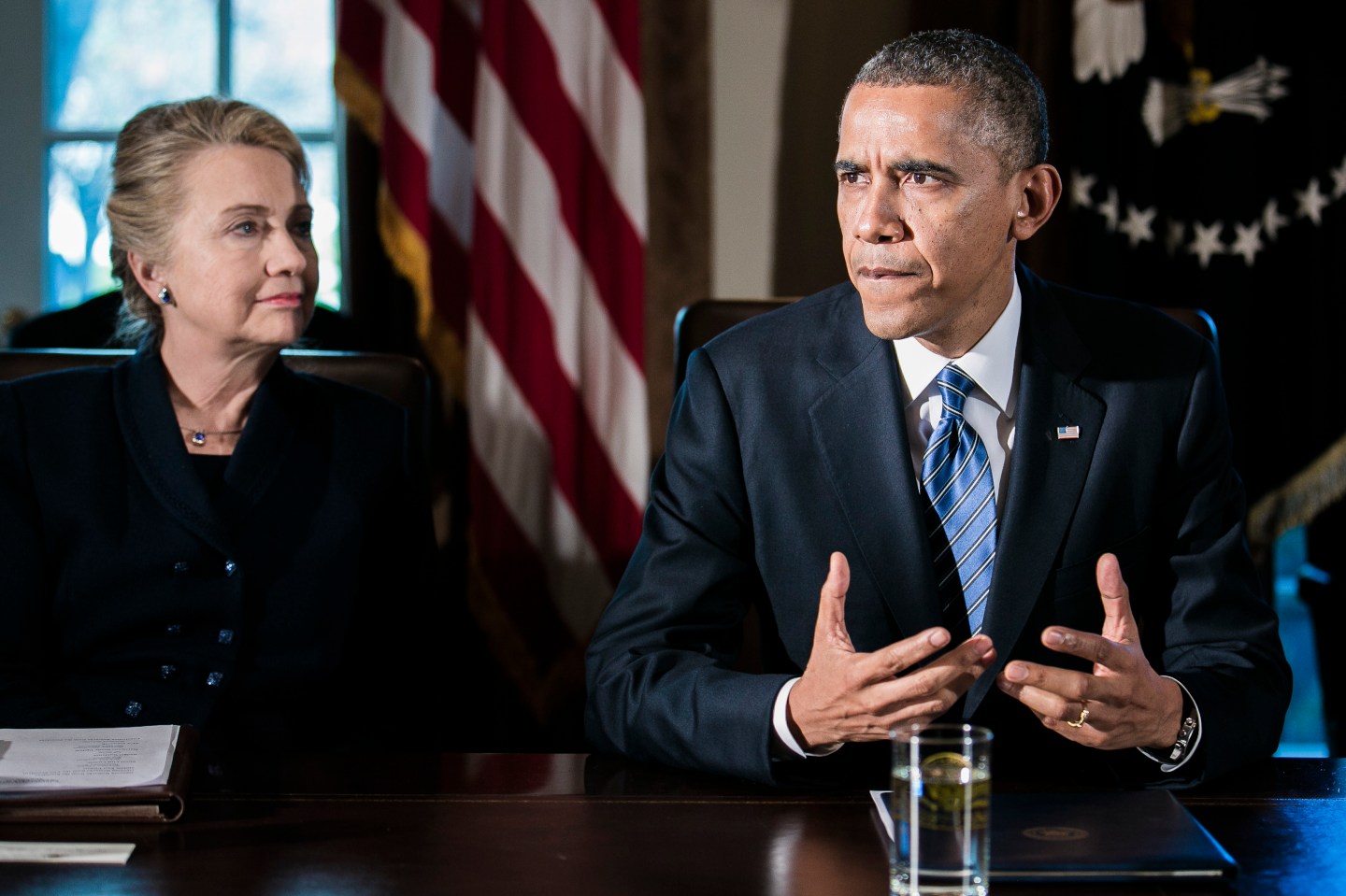 U.S. President Barack Obama, right, speaks as Department of State Secretary Hillary Clinton listens at a cabinet meeting at the White House on Nov. 28, 2012 in Washington, D.C. The president met yesterday with small business owners and today with the chief executives of major corporations in ongoing talks about the looming fiscal cliff. Photographer: T.J. Kirkpatrick/Bloomberg
Photo By T.J. Kirkpatrick — www.tjkphoto.com

It’s been a tough campaign season for Hillary Clinton. She’s been dogged by accusations about her use of a private e-mail server, been called unlikeable right to her face, and has seen a much stronger than anticipated challenge from democratic socialist Vermont Sen. Bernie Sanders.

She still has support from staffers for her former boss, President Barack Obama, though.

Several Obama insiders told Bloomberg Politics that they believe Clinton is the candidate most likely to carry on the President’s legacy.

Jon Favreau, a campaign staffer and White House speechwriter, said that Sanders’ campaign is actually more similar to Howard Dean’s insurgency style candidacy in 2004, and that “Hillary is much closer to Obama than Bernie is.”

Ben LaBolt, a spokesman for Obama’s 2012 campaign, said this in an e-mail to Bloomberg:

Then-Senator Obama ran for President to tackle longstanding challenges that our country had debated for decades but was unable to resolve. A ‘politics as the art of the possible’ candidate. Senator Sanders has been in Congress for decades but hasn’t tackled any major longstanding challenges—he’s been too busy shouting his point of view across the aisle with few results.

The temptation to compare Obama and Sanders is reasonable; both have come at Clinton form the left and gotten much of their support from young voters. It’s important to remember, though, that Obama is in many ways just as “establishment” as Clinton. He came up in the Democratic machine of Chicago politics and his first chief of staff, Rahm Emmanuel, is the consummate Democratic insider. Sanders, on the other hand, has never actually run as a Democrat before, preferring to stay an independent.