This Indie Movie Just Sold for a Record $17 Million 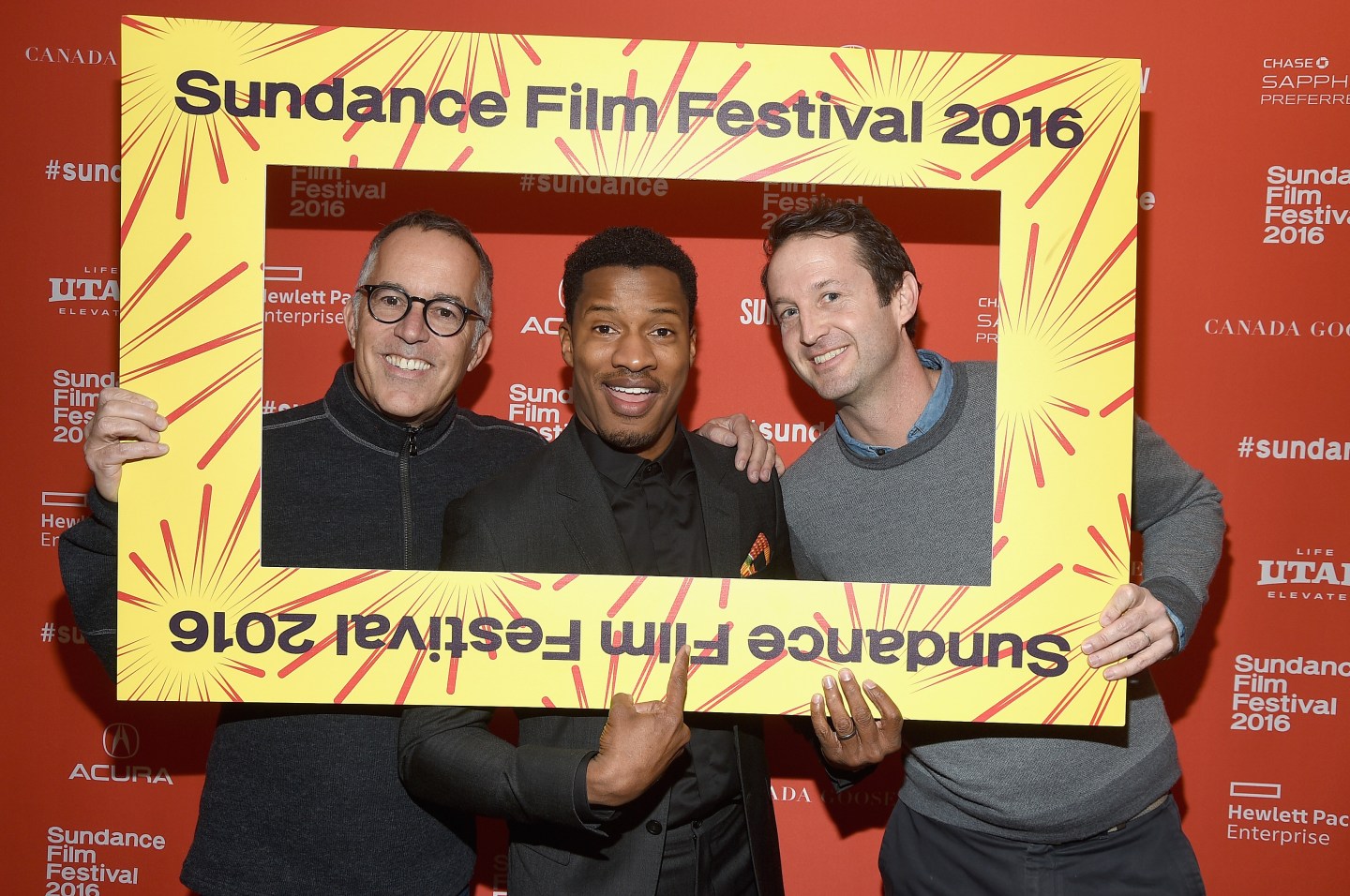 Nate Parker (center), director of "The Birth of a Nation," at the 2016 Sundance Film Festival.
Photograph by George Pimentel

Streaming services aren’t the only ones opening their wallets at this year’s Sundance Film Festival.

News came Tuesday afternoon that Fox Searchlight, a subsidiary of 20th Century Fox, has agreed to pay a record $17.5 million for the rights to The Birth of a Nation—the highest amount any new movie has fetched at Sundance, according to Deadline. The new film depicts Nat Turner’s 1831 slave rebellion and won over Sundance audiences at its Monday world premiere. It even sparked early Oscar buzz.

In previous years, even the largest Sundance acquisitions have topped out around $10 million, including the 2006 deal for Little Miss Sunshine, which also went to Fox Searchlight and eventually grossed more than $100 million worldwide while winning multiple Academy Awards.

The movie is the first feature film directed by actor and screenwriter Nate Parker, who also stars as Turner and has talked publicly about his difficulty getting financing to make the movie. The buzz around Parker’s movie—which a Deadline review noted is likely to be compared to 2013’s Academy Award winner for Best Picture, 12 Years a Slave—comes amid the ongoing controversy over Hollywood’s lack of diversity and the lack of any non-white acting nominees at next month’s Academy Awards.

Until this deal, Amazon (AMZN) and Netflix (NFLX) had been dominating the headlines coming out of the annual indie-film festival in Park City, Utah, with the streaming giants making a run on movie distribution deals as they continue to stockpile original content.

Already, Amazon has dropped $10 million on Manchester by the Sea, a new film from screenwriter and director Kenneth Lonergan (Margaret), while also paying an undisclosed amount for a new film from Whit Stillman, the director of urbane comedies such as Metropolitan and The Last Days of Disco. Jeff Bezos’ company has already bought four films that debut this week at Sundance, which runs through Sunday, while Netflix has picked up three. Netflix paid a reported $7 million for the Paul Rudd-starring Fundamentals of Caring ahead of the movie’s Sundance debut.

The New York Times reports that the strong push by the two companies to acquire top films from the event is driving up the prices for some of the films debuting this week. Fox reportedly had to outbid Netflix as well as the Weinstein Company and Viacom’s (VIA) Paramount Pictures in order to acquire The Birth of a Nation (not to be confused with the 1915 D.W. Griffith film by the same name), which appears to be the first major acquisition by a traditional film studio at this year’s festival.