Here’s the Proof that Oscar Snubs Have A Financial Cost 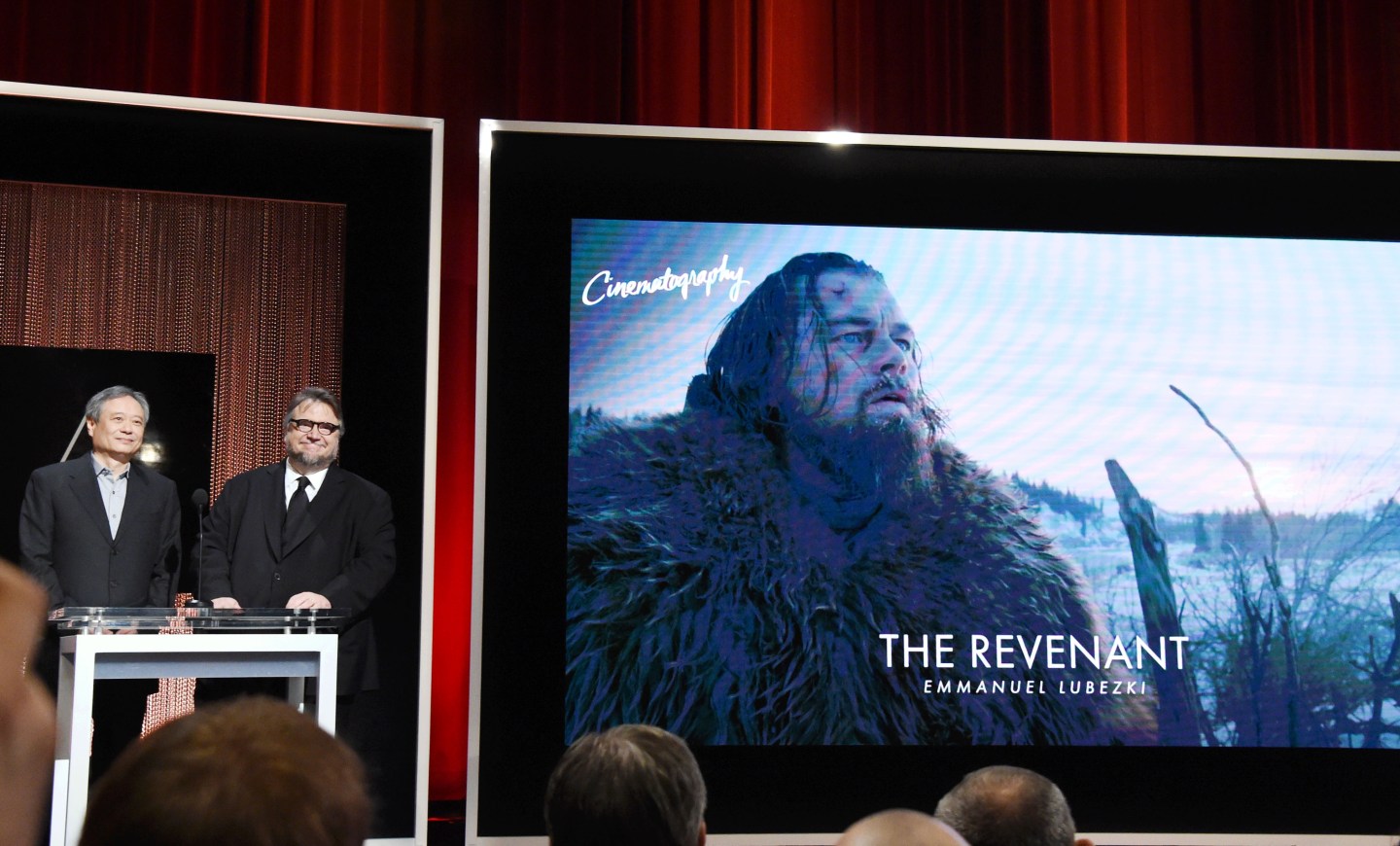 The hashtag “#OscarsSoWhite” began trending on Twitter and built steam. On the one hand, Hollywood heavyweights like Will Smith, George Clooney and Spike Lee and others blasted the Academy of Motion Picture Arts and Sciences, while others suggested this controversy was nothing more than out of control “egos” and “red carpet desires.” Finally, on Friday, Cheryl Boone Isaacs, the Academy’s president, announced a series of “sweeping” changes to its membership structure in an effort to double the number of its women and minority members.

But the question remains: What do Oscar nominations matter, beyond the so-called ego gratification? Is there an actual financial benefit to these nominations? There is some debate over just how much adding the phrase “Oscar-winning actor” to your resumé can help an actor’s earning power; a Colgate University thesis found a big boost for actors but no “significant effect” for actresses. But, there is evidence that winning an Academy Award typically means a revenue bump for film studios.

Simply put, movies that earn Oscar nominations often see a so-called “Oscar bump” at the box office, bringing in bigger audiences—and more revenue—than they likely would have without the Academy’s help. Here’s the evidence.

That included eventual Best Picture winner Birdman, which was one of the lowest-grossing winners for best film in history, but saw a nearly 80% bump in weekly ticket sales in the first week after its win—and that was after getting a 132% increase in the first week after its nomination. The film made $15.6 million, or nearly 37%, of its total domestic box office gross after getting nominated.

It was a similar story last year for Selma, the Martin Luther King Jr. biopic that earned a Best Picture nomination (though lead actor David Oyelowo and director Ava DuVernay were both snubbed in the acting and directing categories). Selma made $34.4 million of its $52.1 million total domestically (66%) after the Oscar nominations were announced last January.

Leonardo DiCaprio’s The Revenant (which also recently won top honors at the Golden Globes) has seen the biggest post-Oscar nomination bump. The 20th Century Fox (FOX) film has already made 46% of its total domestic box office haul in the wake of that Oscar nod, pulling in $46.9 million of its $101 million total since last Thursday, according to Box Office Mojo. (Of course, that jump happened to coincide with The Revenant moving from a limited debut to a wide release, as it added more than 3,300 theaters on Jan. 8, a week before the Oscar nominations were announced.)

Other movies in this year’s crop of nominees have seen mild boosts in ticket sales so far, including Room—one of the lowest-grossing Oscar nominees in some time, with only $5.2 million in sales before its Best Picture nod. It expanded to more than 200 additional theaters after the nomination and saw last weekend’s box office haul increase by more than 700% from the previous week, to just under $1 million, over the longer holiday weekend.

What about the movies snubbed?

Both have been popular movies. Straight Outta Compton became a sleeper hit over the summer, pulling in more than $160 million domestically during its successful 2015 run for Comcast’s (CMCSA) Universal Pictures. As for Creed, the November release remains in theaters and has now earned a healthy total of $107 million domestically and still pulled in a decent $1.1 million last weekend after eight weeks in theaters.

Still, there’s always the potential for more money to be made and the Oscar bump does appear to be a real thing—at least, for the films nominated.