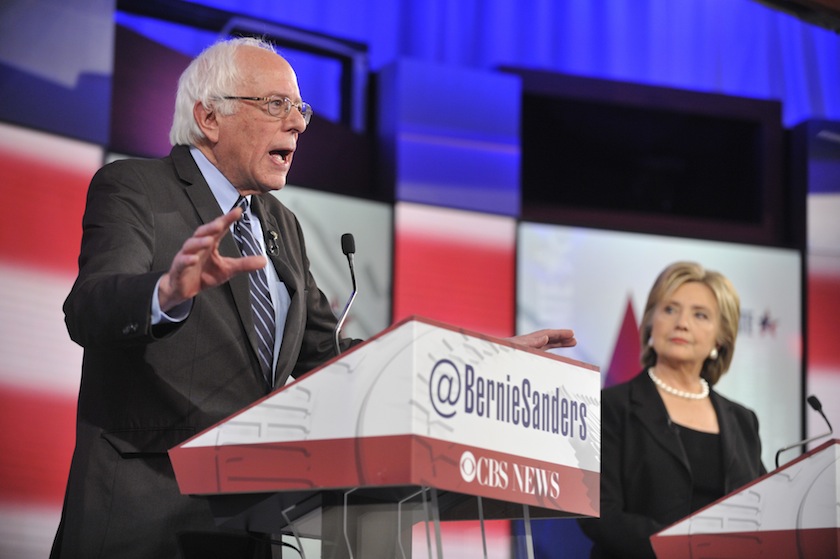 (Des Moines, IA) — Vermont Sen. Bernie Sanders criticized Hillary Clinton’s stance on Social Security at a meeting with union workers on Monday, telling a crowd that the former secretary of state would not expand the program’s benefits to seniors.

Sanders’ plan calls for increasing Social Security benefits to seniors by an average of $65 a month. He would pay for the plan by lifting the cap on taxable income for social security, ensuring that earners over $118,500 pay a larger share of their income.

Sanders is locked in a tight fight with Clinton in Iowa, and has increasingly been critical of her views on the campaign trail, suggesting she is in the pocket of the corporations and Wall Street banks. Clinton has countered that she has fought for progressive causes since her law school years.

Clinton often reminds voters at campaign stops that she wants to protect and “strengthen” Social Security, and that she helped lead the fight in the Senate against privatizing Social Security during the George W. Bush administration.

Sanders said that was not enough. “At a time of massive wealth and income inequality, I think it is just appropriate just right to lift that cap and ask the wealthiest people” to pay their share, Sanders said. “That is my view. If Secretary Clinton drops in, ask her her view. I don’t believe she agrees.”