Apple Beat Its Own Record But Not By Much 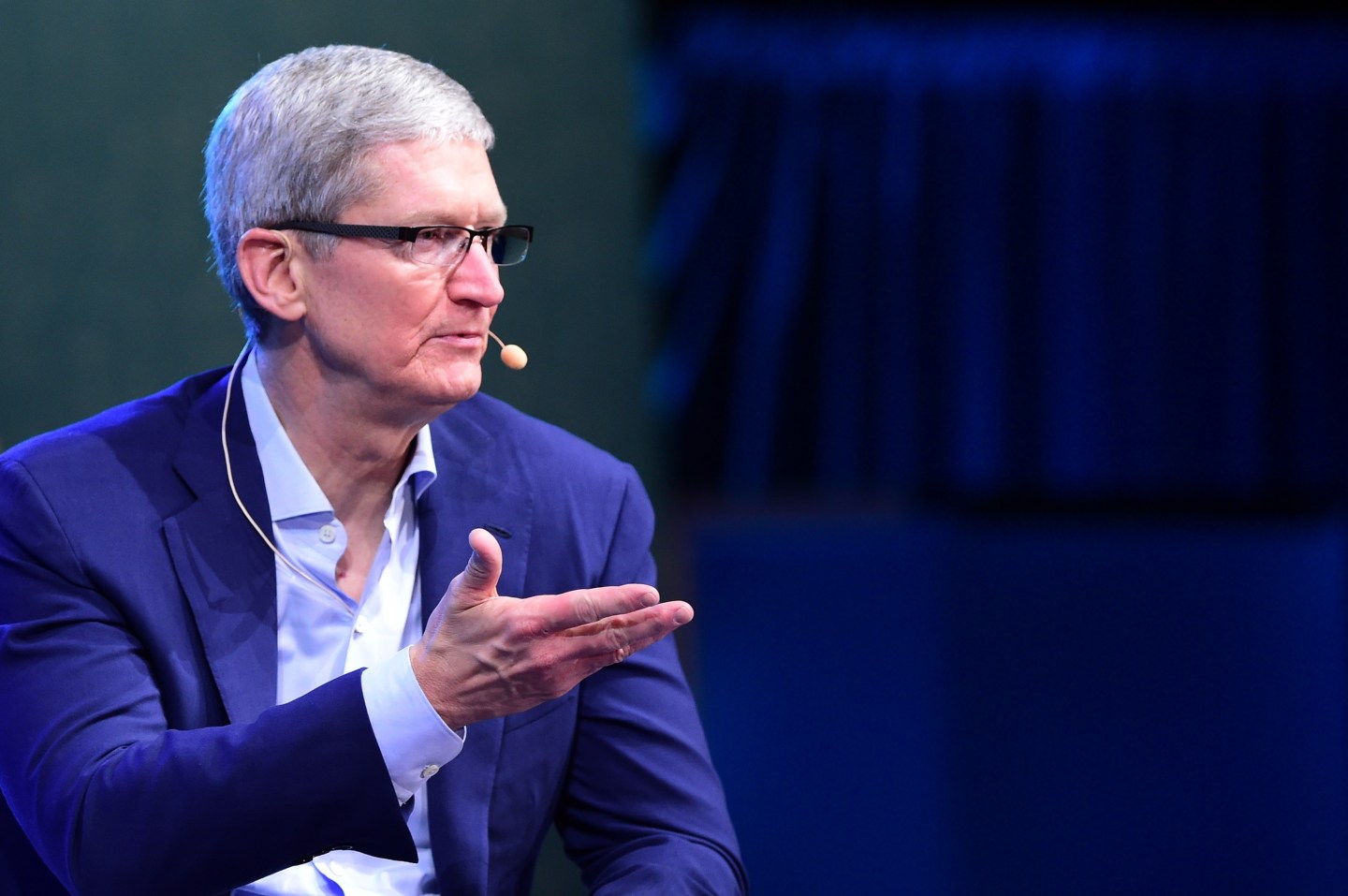 The bad news is that the March quarter is now officially a downer. Apple guided investors to expect Q2 sales to come in between $50 and $53 billion, down sharply from last year’s $58 billion. Wall Street anticipated that sales would fall after last year’s iPhone 6 bonanza, but not necessarily by that much. Apple (AAPL) shares lost nearly 2.6% in after hours trading.

“Our team delivered Apple’s biggest quarter ever, thanks to the world’s most innovative products and all-time record sales of iPhone, Apple Watch and Apple TV,” said Tim Cook, Apple’s CEO. “The growth of our Services business accelerated during the quarter to produce record results, and our installed base recently crossed a major milestone of one billion active devices.”

“Our record sales and strong margins drove all-time records for net income and EPS in spite of a very difficult macroeconomic environment,” said Luca Maestri, Apple’s CFO. “We generated operating cash flow of $27.5 billion during the quarter, and returned over $9 billion to investors through share repurchases and dividends. We have now completed $153 billion of our $200 billion capital return program.”

Notes from the conference call:

Cook and Luca begin by switching the narrative, from year over year growth to the size of the installed base—now over 1 billion devices—and the recurring revenue that can generate.

The first question addressed the double digit decline in revenue. I got lost in Luca’s answer.

Asked a question about the upgrade program, Cook changed the subject to consumer satisfaction and growth in India etc. before saying it would be meaningful “over time.” Virtual reality is “really cool” and has some interesting applications.

Question about ASPs and the macro environment goes to Luca, who offers few facts. iPhone inventory is in the low end of the range.

Cook: We do think iPhones will decline. Q2 is the toughest compare because the year ago quarter had catch-up from Q1. Plus currency, pricing, overall malaise in virtually every country in the world.

Cook: Our view has always been that if we make a great product, we ought to be able to get more people to move over.

Almost half of iPhones sold in China last quarter were to people buying their first smartphone.

Luca asked why services didn’t grow as fast as growth in installed base. (13% vs. 25%). Good catch by Toni Sacconaghi.

Question about why gross margin is expected to fall next quarter. Luca says much of that—50 basis points—is due to bad currency exchange rates.

Cook is asked where he plans to invest his cash. He wants to throttle his SGNA, if you can imagine that. Russia and Brazil look bleak, but he believes this too will pass and Apple wants to serve customers there. This is exactly the period you want to invest.

The middle class in China is growing from 50,000 in 2010 to half a billion next year. On target to have 40 stores in China by the middle of this year. “We remain very bullish on China.”

What is the message of giving more detail about services? Are you moving into cloud services for enterprise.

Cook: I think that the assets we have in this area are huge and that the investment community should focus on it more. (i.e. Yes, he is trying to change the subject. I expect to see more analysts following the company line.)

Is Apple going to have to go to a lower price point to attract customers in this tough macroeconomic environment?

Cook: Our strategy is always to make the best products. (Goes over the range of products currently available.) I don’t see us deviating from that approach. We don’t design to the price point. We design a great product and price it to provide a great value (or words to that effect).