Look For Apple to Post Its Slowest iPhone Growth Ever 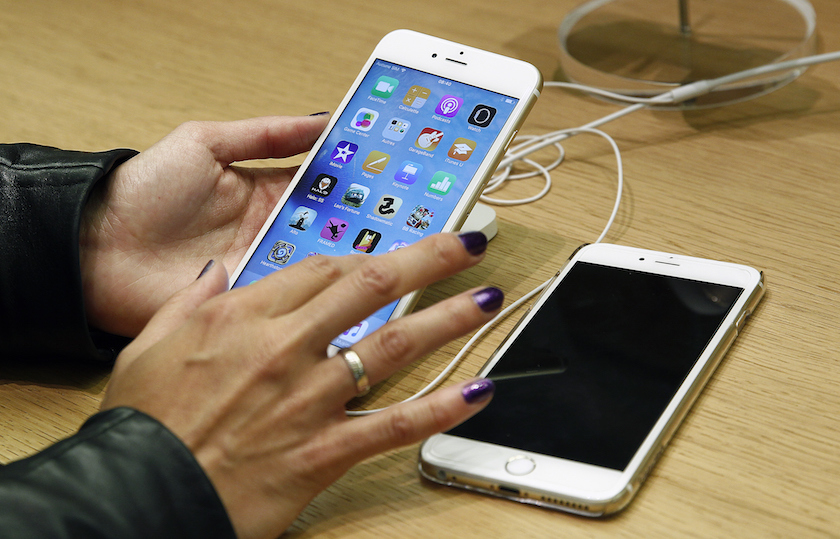 Apple (APPL) is expected to report iPhone sales increased slightly more than 1% in the holiday quarter when it announces earnings on Tuesday, its slowest growth ever and far from the double-digit growth investors have come to expect.

The iPhone 6S and 6S Plus, which boasted record weekend sales when they launched in September, are now facing weak demand, according to analysts, because they have fewer distinguishing features than their popular predecessors.

The new iPhones also face tough comparisons with the strong sales of their older siblings.

Apple tapped into a crucial market when it unveiled its bigger-screen 6 and 6 Plus phones in 2014, grabbing the attention of Asian customers, who had previously lapped up phablets from players such as Samsung Electronics.

“Apple has become a victim of their own success as the blockbuster iPhone 6 product cycle was hard to replicate as many customers are either buying an older, cheaper iPhone 6 or waiting for the iPhone 7,” FBR Capital Markets analyst Daniel Ives said.

China, the company’s fastest-growing market, may also have weighed on first-quarter results, as a slowdown in the country’s economy forced consumers to tighten their purse strings.

Analysts estimate Apple sold 75.5 million iPhones in the October-December quarter, a 1.3% increase from a year earlier, according to research firm FactSet StreetAccount.

This compares with a nearly 46% year-over-year jump in iPhone sales in the first quarter of 2015. The slowest growth in quarterly iPhone sales so far has been 6.8%, in the second quarter of fiscal 2013, according to data from Statista.

To make matters worse, Apple is expected to forecast a drop in iPhone sales for the March quarter—the first time that sales will fall since the iPhone was launched in 2007.

This was foreshadowed by disappointing March-quarter forecasts from the company’s Asian suppliers such as Taiwan Semiconductor Manufacturing and Largan Precision Co.

Apple is expected to sell 54.6 million iPhones in the March 2016 quarter, according to FactSet. The company sold 61.2 million iPhones between January and March, 2015—a 40% year-over-year increase.

Analysts said the company will have to wait until the launch of the iPhone 7, expected later this year, to return to growth, as buyers upgrade to the latest version.

Analysts, technology blogs and company watchers say the iPhone 7 could include waterproofing, wireless headphones, and use its new force touch technology to kill off the home button.