Abe Vigoda, of ‘Barney Miller’ and ‘The Godfather,’ Dies at 94 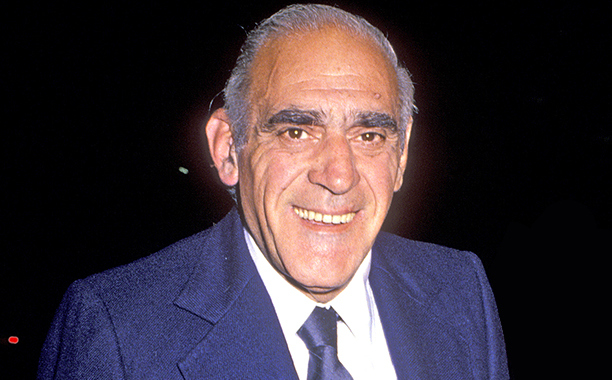 Abe Vigoda, the beloved character actor best known for his roles as the grumpy detective Phil Fish on Barney Miller and the duplicitous capo Sal Tessio in The Godfather, died Tuesday at the age of 94 in his daughter’s home in Woodland Park, New Jersey. The cause of death was old age, according to his daughter, Carol Vigoda Fuchs. “This man was never sick,” she told the AP.

With his gravelly voice, well-worn mug, bushy eyebrows and weight-of-the-world slouch, Vigoda made his mark in both film and television, drama and comedy. The son of a tailor who was raised in Manhattan’s Lower East Side, Vigoda began his career in New York theater, where he plugged away for years (appearing in such productions as Richard II and The Man in the Glass Booth). He scored a series of guest spots on Dark Shadows before catching his film break as Sal Tessio in the 1972 mafia epic The Godfather. In Vigoda’s signature scene, Tessio realizes he’s about to be killed for turning on Michael Corleone and his family. “Tell Mike it was only business. I always liked him,” Tessio says to consigliere Tom Hagen (Robert Duvall) with resignation, before futilely playing his last card: “Tom, can you get me off the hook? For old times sake.” (He would reprise the part in The Godfather Part II.)

While popping up on TV in dramas like Kojak and Hawaii Five-O, Vigoda rose to greater fame in the mid-70s as a series regular on the ABC police sitcom Barney Miller, playing the weathered, often-ailing Inspector Fish. His crotchety character was such a hit with audiences, he left the show to anchor the Barney Miller spin-off Fish in 1977, though it lasted only two seasons. He remained a presence on the small-screen, guest-starring on shows such as Eight is Enough and Fantasy Island, and doing stints on soap operas As the World Turns and Santa Barbara in the mid- to late ‘80s.

Vigoda continued to work past retirement age, appearing in big-screen comedies ranging from Look Who’s Talking to Joe Versus the Volcano to Good Burger. His ‘90s TV credits include Law & Order, Wings, and Mad About You. His last small-screen role was a guest spot last fall on the animated Fox comedy High School USA, and he starred in the 2014 indie romantic drama Sweet Destiny.

Following a few erroneous media reports in the ‘80s that referred to Vigoda as deceased, a running gag about whether he was alive or dead gained pop culture momentum. It was a joke the actor participated in too: David Letterman once attempted to summon his ghost, only to have Vigoda walk onstage and call him a pinhead. (Despite the image he often projected on screen, Vigoda remained in fine shape into his 80s, jogging and playing handball.) He also toyed with his kitschy-old-guy persona in frequent appearances on Late Night with Conan O’Brien and in a popular Snickers commercial starring Betty White that ran during the Super Bowl in 2010. All of which makes it hard to believe the reports today that Abe Vigoda has indeed passed away, but sadly, this time they are true.