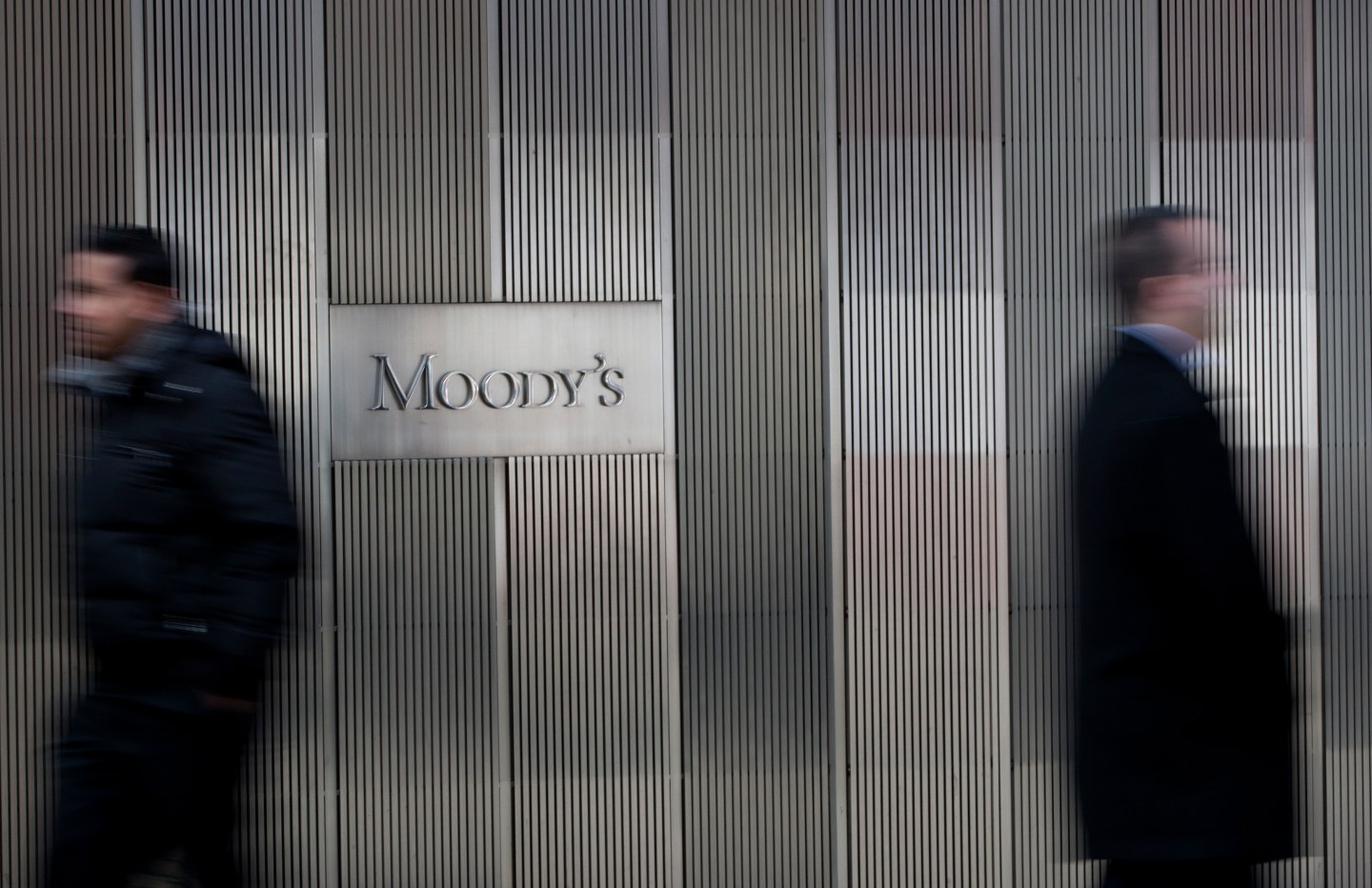 Moody’s placed scores of oil and gas companies on review for downgrade, warning of a “substantial risk” for a slow recovery in oil prices that would compound the stress on firms already pummeled by a 75% drop in prices since June 2014.

The ratings agency said on Friday it was likely to conclude the review by the end of the first quarter which could include multiple-notch downgrades for some companies, particularly in North America.

Moody’s also placed 55 mining companies on review for downgrade due to the declining price of commodities.

Moody’s also cut its oil price forecasts. In 2016, it now expects the global benchmark Brent crude and the West Texas Intermediate (WTI) crude, the North American benchmark, to average $33 a barrel. This marks a $10 a barrel cut for Brent from its previous forecast and a $7 a barrel reduction for WTI.

The sweeping global review includes all major regions and ranges from the world’s top international oil and gas companies such as Royal Dutch Shell (RYDAF) and France’s Total to 69 U.S. exploration and production (E&P) and services firms.

It nevertheless does not include the two top U.S. oil companies ExxonMobil (XOM) and Chevron (CVX).

The reviews reflect not only oil prices falling to their lowest since 2003 but also weakening global demand and a prolonged period of oversupply that will “significantly stress the credit profiles of companies in the oil & gas sector.”

“Even under a scenario with a modest recovery from current prices, producing companies and the drillers and service companies that support them will experience rising financial stress with much lower cash flows,” it said.

Energy companies’ balance sheets and share prices have been hammered over the past 18 months, leading so far to a relatively limited number of bankruptcies. Companies have however been forced to cut thousands of jobs, scrap new projects and slash spending in a way not seen in at least three decades.

Rival credit rating agency Standard & Poor’s signaled in an interview on Friday that oil-exporting countries also face fresh downgrades and that it could repeat last year’s move when it made a big group of cuts all at once.

In one of the steepest price falls in history, crude oil prices have lost some 75% since mid-2014 to near $30 per barrel as producers around the world pump 1 million to 2 million barrels of oil every day in excess of demand in a war of discounts for market share.

Multi-notch downgrades are particularly likely among issuers whose activities are centered in North America, where natural gas prices have declined dramatically along with oil prices, Moody’s said.