Fox News Is Partnering With YouTube For the Next GOP Debate 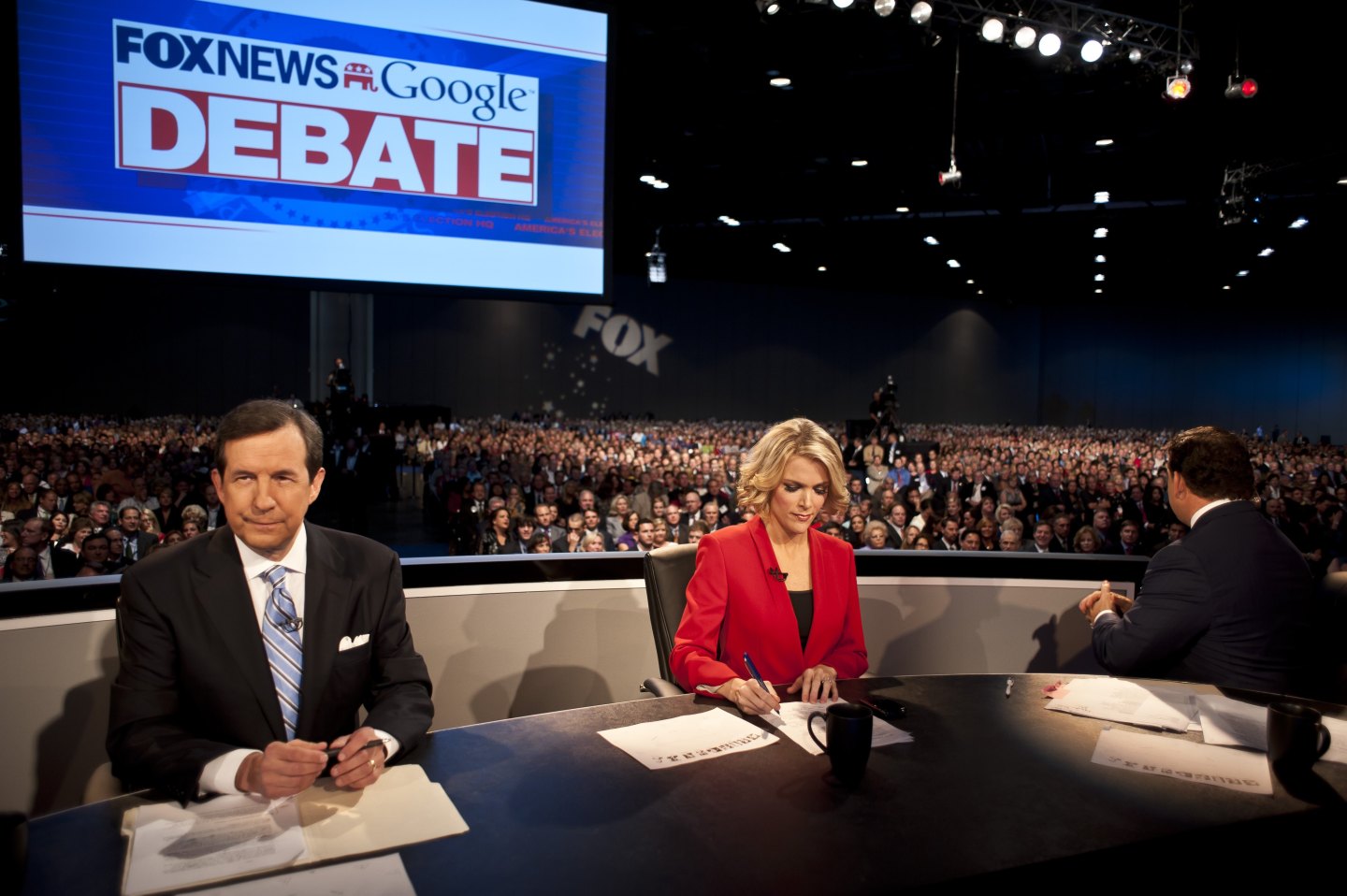 Fox News will be partnering with Google and YouTube to host its next Republican presidential primary debate.

The news channel announced the partnership in a statement on Thursday afternoon, and explained what the tech giant would be bringing to the table:

“The debate will incorporate real-time Google (GOOG) trends and data to determine questions for the candidates. Additionally, several YouTube stars will have the opportunity to pose questions via submitted videos on topics of importance to them.”

Viewers will have the chance to interact with the debate via the Google trends homepage during the debate; trends and insights will also be showcased during the Fox News post-debate analysis and in the lead-up to the debate, which is to take place on Jan. 28 in Des Moines, Iowa.

This is not Fox News’ first 2016 election cycle attempt at merging tech and politics. Back in August, the channel had a debate partnership with Facebook (FB) in which the social network provided data about the issues receiving the most attention from Americans on its site, and Fox News then used that information to help frame questions. That partnership was arguably extremely successful: the debate remains the most-watched of all the primary faceoffs thus far, according to Variety.

It’s safe to assume that Fox is looking for a similar level of engagement from this upcoming debate. And because pitting Facebook against Google is fun, let’s wait and see if the search engine can attract 24 million viewers next Thursday.