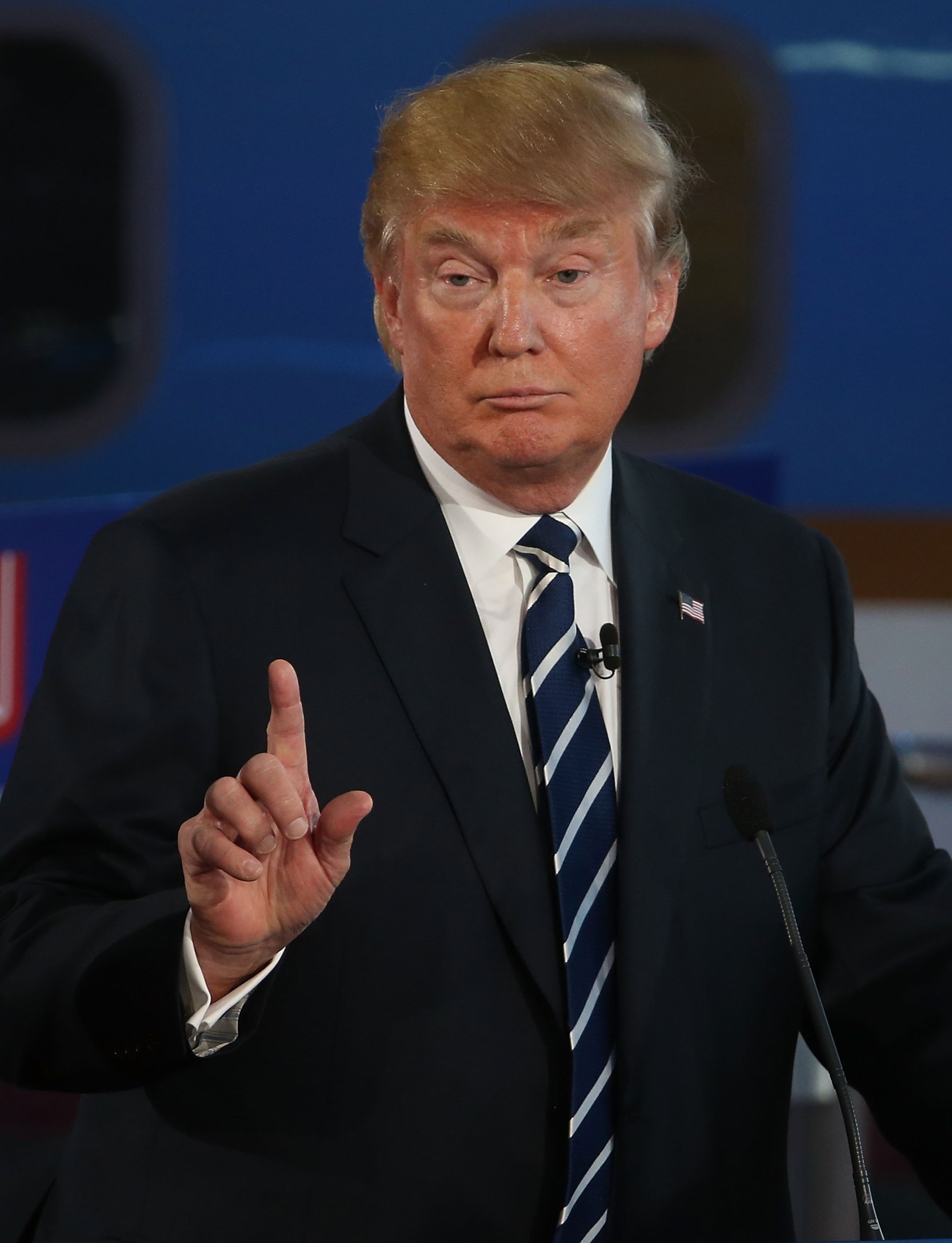 “Unbelievable,” “embarrassing” even “dangerous” are some of the words the financial elite gathered at the World Economic Forum conference in the Swiss resort of Davos have been using to describe U.S. Republican presidential frontrunner Donald Trump.

Although some said they still expected his campaign to founder before his party picks its nominee for the November election many said it was no longer unthinkable that he could be the Republican candidate.

Some noted that whatever the outcome, a heated campaign, which has also seen self-proclaimed Socialist Bernie Sanders provide a tough challenge to former Secretary of State Hillary Clinton for the Democratic nomination, could alter the U.S. political environment, giving vent to new populist anger on both sides of the political divide.

Trump’s nationalist rhetoric, particularly proposals to ban Muslims from entering the United States, tax goods made abroad and build a wall on the Mexican border, were never the sort of thing to appeal to the free trade crowd that typically gathers at events like the annual Davos economic forum.

“Clearly it is not a rhetoric that is inviting for integration,” said Chile’s Finance Minister, Rodrigo Valdes, referring to his comments on the campaign trail.

“In Chile we have a deep view that integration of the Americas is a good thing, whether it is goods, financing and yes people. So I’d be happier with a more welcoming rhetoric.”

Among the present and former government officials in the Swiss resort was Eric Cantor, former Republican majority leader in the U.S. House of Representatives, now vice-chairman of Moelis & Co, an investment bank. Like much of the Republican party’s establishment, he had cold words for Trump.

“He’s not serious. He’s amazing at promoting his personal brand and reflecting an underlying anger at home,” Cantor said.

“Trump Fever is an unsustainable phenomenon that will not translate into a victory for the candidate.”

But for Ray Nolte, chief investment officer of Skybridge Capital, a $13 billion hedge fund whose founder has supported other Republican candidates including Jeb Bush, such establishment pronouncements sound like wishful thinking.

“Is Donald going to be the nominee? I don’t know. It’s sure looking that way now,” Nolte said. “Anyone here (at Davos) who is in the mainstream says there is no way he could possibly get the nomination. When I hear that, it probably means it is going to happen.”

Noting the challenge to Clinton from Sanders, which he said could pull her to the left on issues like financial regulation, Nolte said institutional investors were already paying attention to the prospect of increased U.S. political volatility from the election.

Arianna Huffington, whose Huffington Post news website once insisted on covering Trump, a former reality TV star, as an entertainment figure rather than a politician, said the site reversed its policy once he announced his proposal to ban Muslims from entering the United States, which made him too “dangerous” to ignore.

“I feel the mainstreaming of Donald Trump, instead of him being treated as an extreme, dangerous candidate, is really the most troubling aspect of American politics right now,” she said.

“He’s being interviewed on all the main shows, and he’s being asked questions about what his first State of the Union address would be like if he wins, instead of actually being forced to answer the tough questions about his policy, especially his policy of wanting to ban Muslims from entering the U.S., which is so dangerous, so un-American and should really be the center of the coverage of Trump.”

For Dominic Barton, global managing director for business consultancy McKinsey, Trump has turned the political campaign itself into “entertainment,” which could hurt the global image of the United States.

“It’s a bit embarrassing globally. But I think there’s a big difference between the rhetoric and the reality, and I think most people will see that and discount it. But it’s incredible how long its been going for. It’s just unbelievable,” he said.

But not everyone is worried. Sandeep Dadlani, executive vice president of Indian outsourcing firm Infosys, said his firm has earned the majority of its revenue in the United States for more than 30 years.

“We have seen many elections come and go. It is common in all election seasons for rhetoric and extreme personalities to shine. Inevitably we have found governments from both sides to eventually come up with sensible policies,” he said. (Reporting by Martinne Geller, Carmel Crimmins, Noah Barkin and others; Writing by Peter Graff; editing by Anna Willard)