Nearly $8 Trillion Has Been Wiped Off Global Markets This Year 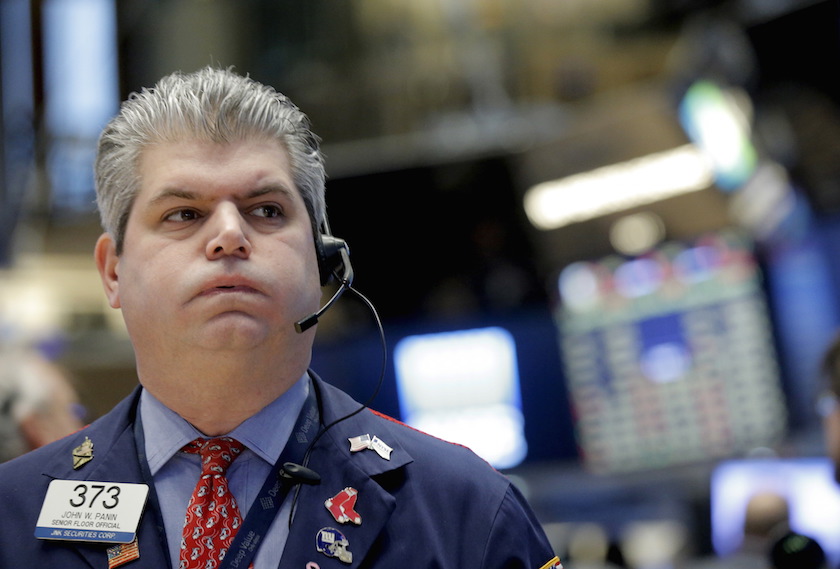 A trader works on the main trading floor of the New York Stock Exchange shortly after the opening bell of the trading session in New York January 15, 2016. REUTERS/Brendan McDermid - RTX22JQS
Photograph by Brendan McDermid — Reuters

World stock market losses are approaching $8 trillion so far this year and investors last week poured the most money into government bond funds in a year, suggesting they fear the global economy could tip into recession, Bank of America Merrill Lynch said on Friday.

The bank’s U.S. economists also said on Friday that the likelihood of the world’s largest economy entering a recession in the coming year has risen to 20 percent from 15 percent.

While a repeat of the 2008-09 great recession “is a big stretch” and even the one-in-five chance of a normal recession remains low, they cut their 2016 growth forecast to 2.1 percent from 2.5 percent.

Reflecting the increasingly bearish sentiment engulfing world markets, some $7.8 trillion was wiped off the value of global stocks in the three weeks to Jan. 21, BAML said.

“We cannot rule out a recession in the next year. Accidents will happen, and we are concerned about the lack of policy ammunition to deal with a major shock,” economists Ethan Harris and Emanuella Enenajor said in a note on Friday.

“However, when markets are in such a fragile state there is a temptation to lose sight of the economic fundamentals. To us, the economy is okay and recession risks are low,” they said.

Stocks around the world have had one of their worst Januarys on record, with slumping oil prices, deepening concern over China, and the Federal Reserve’s first interest rate hike in a decade all spooking investors.

A recession is typically defined as two consecutive quarters of economic contraction. The U.S. economy ground to a virtual standstill in the fourth quarter of last year, according to many estimates, and the manufacturing sector is already in recession.

Earlier this week, economists at Citi said the risk of a global recession was rising, Morgan Stanley put the probability at 20 percent in a worst case scenario, and French bank Societe Generale said it was 10 percent and rising.

In the latest week, high-yield bond funds posted their second-biggest outflow for a year and emerging market stocks their largest outflow in around five months, said BAML, which also uses data from the EPFR Global fund research house.

Government bond funds attracted a “huge” $5.1 billion in the week to Jan. 20, the biggest inflow in 12 months. The 10-year U.S. Treasury yield fell below 2 percent this week for the first time in three months, and investors slashed bets on how far the Federal Reserve will raise interest rates this year.

Futures markets are now pricing in just one quarter-point increase in 2016, and not until late in the year.

The flip side of that safe-haven flow in the fixed income universe was a $4.9 billion outflow from high-yield bonds, the second largest in a year, BAML said.

The $24 billion outflow over three weeks is equivalent to only 0.3 percent of assets under management, suggesting there is further room for “capitulation” selling, BAML said.

Europe’s main stock markets and Japan’s Nikkei index entered bear market territory this week, marking a decline of 20 percent or more from their peaks. But all bounced back sharply on Friday.

Investors pulled $2.3 billion from emerging market equity funds and $4.3 billion from U.S. funds in the week to Jan. 20, while Japanese stock funds attracted a net $3 billion.