10 Ways for Silicon Valley to Delay its Decline and Fall 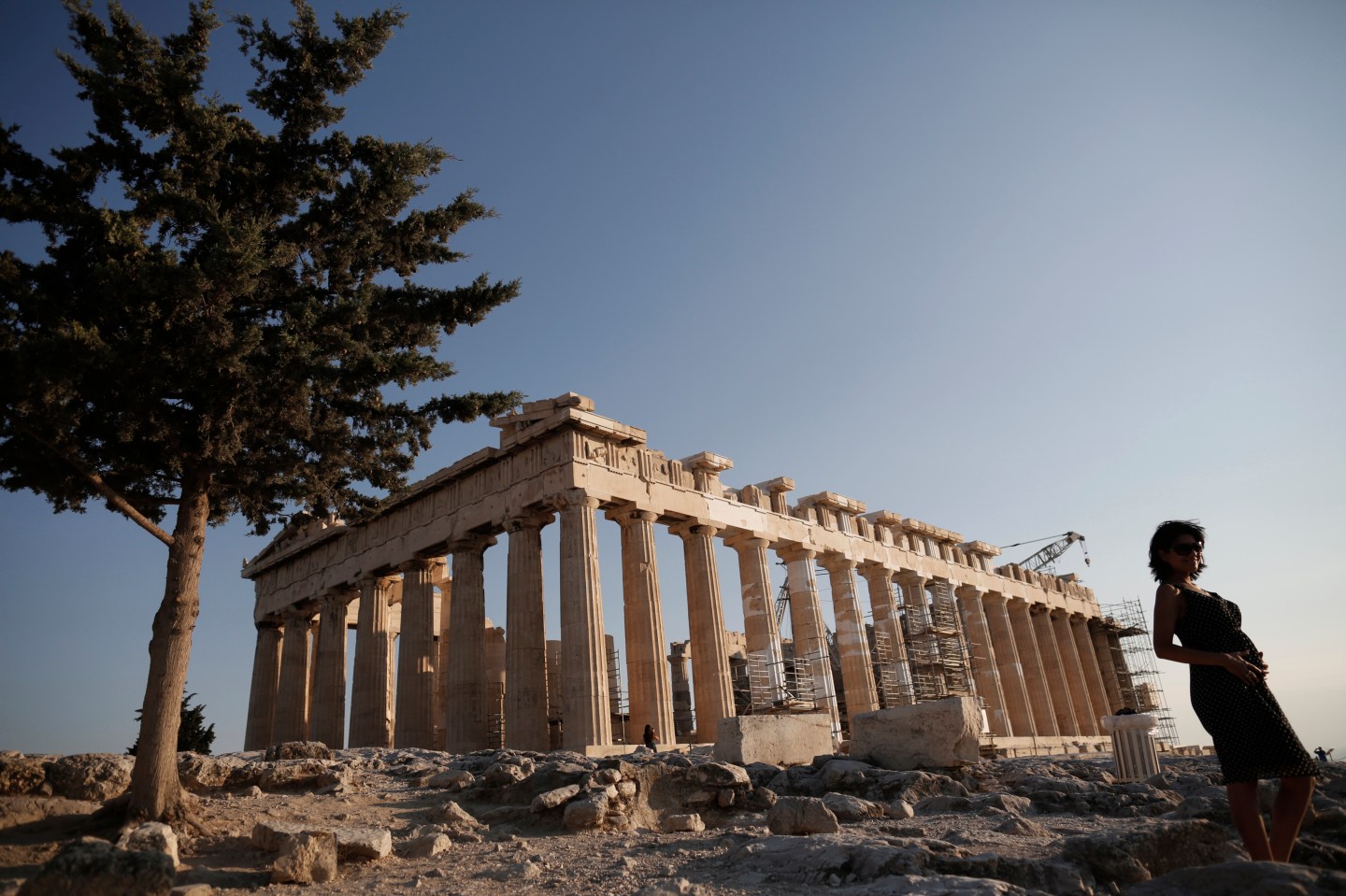 A tourist stands in front of the temple of the Parthenon at the the Acropolis hill in Athens July 4, 2013. Greek tourism revenues are expected to bounce back this year to pre-crisis levels, the industry said. The Mediterranean country has pinned its hopes on its sun-drenched beaches and ancient monuments to pull itself out of a deep recession. Tourism is the Greek economy's biggest cash-earner, accounting for about 17 percent of output. REUTERS/John Kolesidis (GREECE - Tags: TRAVEL BUSINESS) - RTX11CPH
Photograph by John Kolesidis — Reuters

Silicon Valley doesn’t care much time for the past—no doubt because it’s too busy building the future. That’s unfortunate, for history has a crucial warning for the Valley: brace yourself. Golden ages are extremely fragile. They don’t last long, a few decades, perhaps a half-century or so, then poof. Such was the fate of ancient Athens, and 20th century Detroit. Silicon Valley is not immune to this fact. Ironically, the region’s continued success depends not on some shiny new gizmo or clever app but, rather, on heeding the lessons of golden ages past. Here are ten steps the Valley can take—and pitfalls it can avoid—to beat the odds and live to a ripe old age.

Some of history’s most creative cities were tiny, even by the standards of their day. Ancient Athens had a population equivalent to that of Wichita, Kans. today. Renaissance Florence and Enlightenment Edinburgh were even smaller. Smallness engenders trust and intimacy, two key ingredients in any creative milieu. Girth, on the other hand, leads to complacency and, if you’re not careful, has a tendency to sneak up on you, just like an expanding waistline.

Successful firms need to recognize this danger and, though they may now dwarf their rivals, behave like the small start-ups they once were. Thankfully, companies like Apple and Google are doing just that. They’re decentralizing decision making and establishing small work teams—moves far more important than all the beanbag chairs and free coffee in the world.

Places and companies get into trouble when they confuse innovation’s side effects with its outcomes. A good example is the much-touted notion of “disruption.” Once seen as a necessary, if painful, side effect of innovation, it’s now heralded as an end in itself. Witness the popularity of the Disrupt event and others like it.

This is a troubling development. Yes, throughout history, geniuses (and places of genius) have disrupted the status quo, but always with a distinct goal in mind. Socrates, for instance, didn’t unsettle Athens for the heck of it. He wanted to shake people out of their intellectual stupor and make them question misconceptions they didn’t know they had. Disruption—and its sidekick creative destruction—may be a necessary side effect of innovation, but they should never be confused with innovation itself.

Golden ages don’t take themselves too seriously. They all had senses of humor. Witness the comedies of ancient Athens or the vaudeville in late 19th century America. Humor is not mere distraction—a break from logic—but, rather, to paraphrase William James, logic dancing. It is also gets the creative juices flowing. Several studies have found that when people are first “primed” with humor (by listening to a stand-up comic, for instance), they then produce more creative ideas than those not exposed to it.

Some of history’s most remarkable golden ages blossomed in chaotic settings. The Athenian agora, or marketplace, was a teeming hubbub of activity. On a smaller scale, Beethoven’s Viennese apartment was always in disarray. At least one study found that such messy surroundings boost creative thinking. Silicon Valley has always had a freewheeling vibe, and needs to ensure it retains it.

Back in the 1970s, a young sociologist named Mark Granovetter published an academic paper titled “The Strength of Weak Ties.” It has since become the most cited paper in all of sociology. It also neatly explains the success of Silicon Valley. The region’s brilliance depends not on boosterish allegiance—Silicon Valley do or die!— but, rather, on people’s weak attachment to the place, and to one another. From a creativity perspective, you’re better off knowing a lot of people casually then a few people very well, since more contacts mean more potential helpers for your idea.

All “genius clusters,” from Ancient Athens to Silicon Valley, have functioned not only as magnets but also as colanders; they excel at separating good ideas from bad ones. In fact, Silicon Valley’s success has little do to with technology. Instead, it is a highly refined system, a creative ecology that efficiently separates smart ideas from the duds, then ensures that the good ones take flight.

Creative people and places possess a high degree of what psychologists call “openness to experience.” They welcome foreign peoples and foreign ideas. Ancient Athens opened its doors to foreigners, known as metics (today we’d call them resident aliens) even though the city-state’s leader, Pericles, openly acknowledged that doing so was risky given Athens’ many enemies.

These immigrants contributed fresh ideas that activated a sort of innovation chain reaction. Once people realize that there is another way of doing X, then it opens up all sorts of possibilities, not just for X but for Y and Z as well. Silicon Valley already knows this; witness the large number of immigrants who have contributed to the region’s success. It shouldn’t retreat from this open-door policy.

Play more than one note

One-note golden ages don’t last long (see Detroit), and never fully reach the heights of more diverse ones. A good example is Vienna of 1900. At that time, breakthrough in one field, such as art, led to breakthroughs in other seemingly unrelated fields. Genius is contagious. Today, Silicon Valley plays essentially one note, technology, albeit in different keys. Diversifying will open up a whole new range of innovative options.

Throughout the ages, creative places have always had one foot firmly planted on the ground of tradition. That’s because no innovation is entirely new; if it were, we’d find it incomprehensible. Breathless self-promotion notwithstanding, every innovator owes a giant debt to the giants upon whose shoulders he or she stands. This bow to tradition exists even in Silicon Valley, though people there rarely admit it. Witness the informal mentor system—veteran venture capitalists counseling young entrepreneurs, for instance—and the fact that the offices of every start-up is open-plan. Silicon Valley needs to treat tradition as a collaborator—not an enemy—in the creative process.

No golden age, no matter how golden, is immune to the danger of what one academic calls “creeping vanity.” He was referring to the ancient Greeks, but the same applies everywhere. Great civilizations rise to greatness for different reasons but all collapse for the same one: arrogance. Arrogance closes the mind to possibility, and thus to innovation. Silicon Valley must guard fiercely against it.

Eric Weiner is a former NPR foreign correspondent and the author of The Geography of Genius: A Search for the World’s Most Creative Places, from Ancient Athens to Silicon Valley.