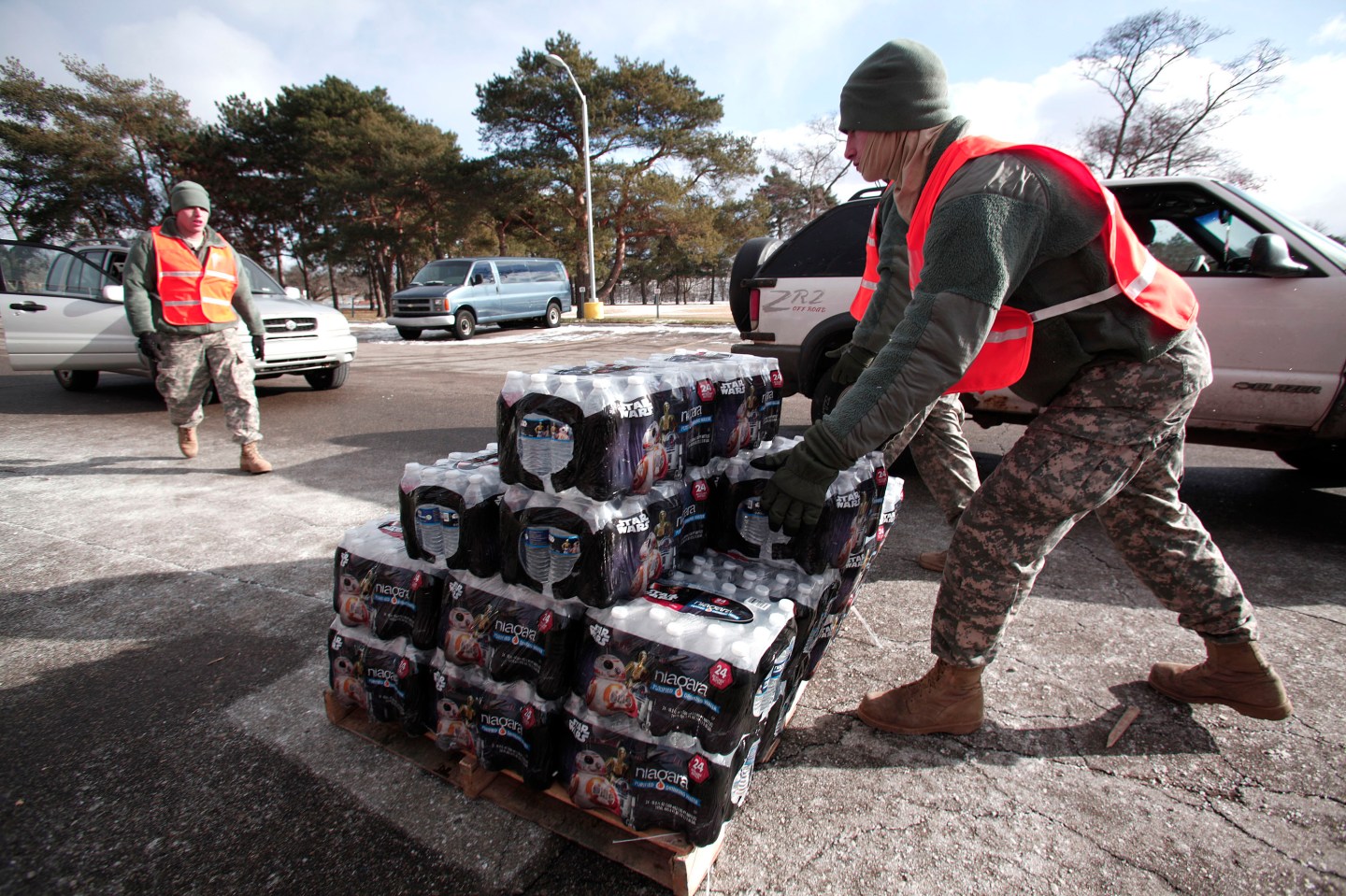 In a bid to regain the trust of his constituents, Snyder released more than 250 pages of e-mails on Wednesday. But the e-mail dump may not have done the governor any favors, as the documents reveal a paper trail of finger-pointing and dismissiveness within the state administration as the crisis unfolded.

In a memo dated February 2015, state officials said that the water concerns weren’t “nothing,” but they also weren’t a public health crisis. The memo called problems with the water—which at that point included E. coli and chemical contamination—”initial hiccups.”

In September 2015, as pediatrician Mona Hanna-Attisha released a report showing that the number of children in Flint with elevated lead levels in their blood had doubled, e-mails show state officials shrugging off responsibility.”Of course, some of the Flint people respond by looking for someone to blame instead of working to reduce anxiety,” Snyder’s then-chief of staff Dennis Muchmore wrote in an e-mail. “We can’t tolerate increased lead levels in any event, but it’s really the city’s water system that needs to deal with it.”

At the time that the decision to use the Flint River was made, Flint was under state receivership and was being run by a state-appointed emergency manager who reported to Michigan’s Department of Treasury.

Flint—one of Michigan’s largest cities located just 60 miles north of Detroit—began sourcing its water from the Flint River in the spring of 2014 after the city decided to disconnect from the Detroit water supply in a cost-cutting move. Residents began complaining about the foul-smelling, mud-colored water, but it would take over a year before the state acknowledged that Flint’s residents had been poisoned by elevated lead levels in the water.

As the crisis gained publicity, the ACLU of Michigan, The Detroit Free Press editorial board, and Progress Michigan, among other groups, demanded that Snyder release his e-mails to untangle what agencies and officials knew about the crisis and when.