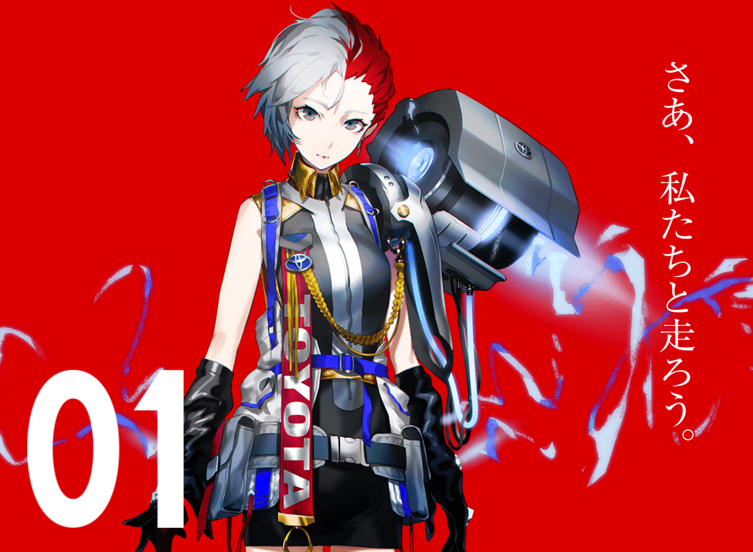 The Toyota Prius doesn’t have a reputation as a sexy or exciting electric hybrid. Words like “responsible,” “environmentally conscious,” and “prudent” more accurately describes the car and its owners.

Toyota (TM) wants customers to look at the hybrid and think “sexy.” And so, it’s created a bevy of sexy mini-skirted and boy short-wearing cartoon characters to represent various car parts and features including the hybrid battery, exhaust heat recovery unit, wireless charging, the heads-up display, and the power control unit.

The Prius! Impossible Girls campaign, which targets the Japanese market, kicked off Monday. Each of the 40 “impossible girls” comes with number, description of the part, and a catchphrase.

“The soul of Toyota has been poured into each and every part,” the company says in a short movie trailer produced for the Prius! Impossible Girls campaign.

The inspiration for the characters are manga, Japanese comics often used as the basis of anime characters that appear on television. Toyota’s interpretation includes 40 scantily clad wide-eyed females to hammer home the “sexy” marketing message.

The 2016 Toyota Prius, which was unveiled last year, is loaded with technology like a smaller, more energy-dense battery, parking-assist features, and a vehicle-to-vehicle communications system.

This is the first update since 2009 for the Prius, and Toyota’s most critical. Prius sales spiked 73% between 2011 and 2012. The following year, sales plateaued and fell about 1%, before dropping 11.5% in 2014. The Japanese automaker has faced increasing pressure to maintain its historically successful sales of the Prius, which is no longer the only hybrid on the market. All the major automakers have introduced their own hybrids.

Toyota re-engineered its 1.8-liter gas-powered engine to improve performance and fuel economy. The hybrid system is now smaller and lighter, which has allowed the Prius to improve its U.S. fuel economy by 10%.

For more on Toyota and its cars:

The new Prius also has a smaller power-control unit, which has reduced electrical losses by 20%. Toyota made a number of smaller improvements to the design to achieve a sleeker look, more space, a lower center of gravity for better performance, and even a few tricks to save more gas. For instance, automatic shutters have been added to the front grille to improve aerodynamics.

The manga characters represent the 40 parts that are new in the Prius. For instance, No. 2 is the hybrid transaxle, a black-haired girl with a gear-shaped miniskirt who totes a transaxle in one hand like a weapon. Her catchphrase is “Super efficient!”

No. 13 impossible girl represents the back of the vehicle. Her catchphrase is “I’m proud of my back, please enjoy the view.”

Toyota has produced cushions, cans, tapestries, and trading cards for the campaign. A song and games will be released soon, according to the company.