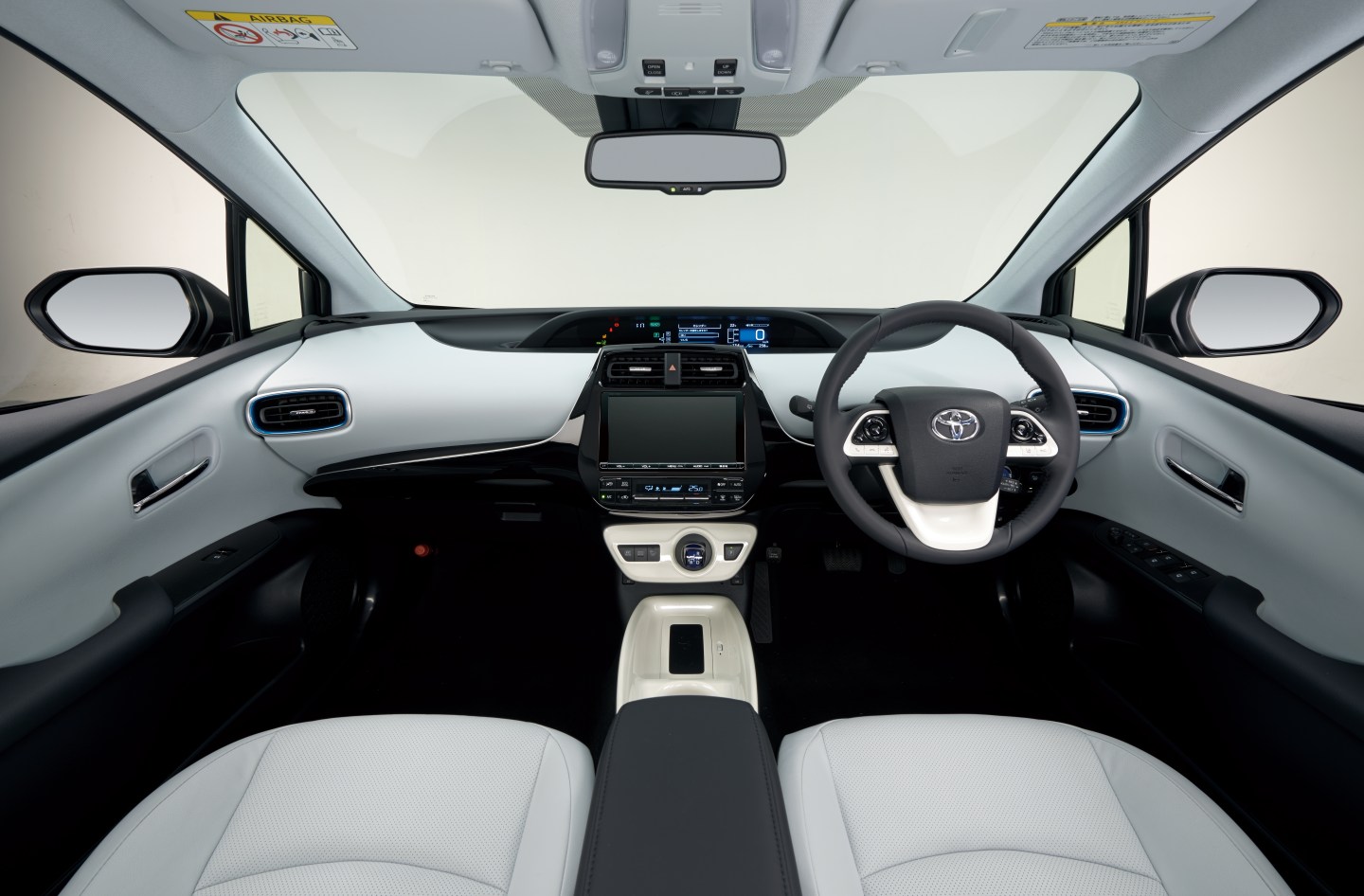 When Toyota unveiled the 2016 Prius last month in Las Vegas, the Japanese automaker kept many of the details about the next-generation hybrid under wraps—including how it managed to boost the fuel economy by 10%. Here’s what we now know: The 2016 Prius is loaded with tech, from a smaller, more energy-dense battery and parking-assist feature to a vehicle-to-vehicle communications system and four-wheel-drive option.

Toyota (TOYOF) has faced increasing pressure since the early 2000s, when the Prius was the eco-car of celebs and other well-heeled consumers. In the past five years, automakers have introduced more hybrids and the fuel economy gap between Prius and its competition has narrowed. Meanwhile, low gas prices are dampening hybrid sales throughout the industry.

The brand-new Prius, which will go on sale in Japan this December, could reverse the slide and put it back on top.

Fortune has yet to test-drive the new Prius, which will be the true measure of how these features actually look and feel. (Stay tuned for that.) Until then, here are six noteworthy upgrades in the refreshed Prius:

It communicates with vehicles and infrastructure

Toyota has included its new Intelligent Transportation System safety package (called ITS Connect) in the Prius, which will allow it to receive and share data transmitted by infrastructure and other vehicles.

The system uses vehicle-to-vehicle and vehicle-to-infrastructure communication to provide drivers with the kind of safety information that cannot be picked up by onboard sensors, including traffic signal information, the presence of vehicles, and pedestrians in blind spots. It appears this will be available only in Prius models in Japan because the system uses the country’s standardized ITS frequency of 760 MHz.

All kinds of driver-assistance systems

The new Prius is loaded with driver-assistance features, which use sensors, cameras, and radar to warn the person behind the wheel about pedestrians, other vehicles, and obstacles. A collision avoidance and mitigation feature uses a camera and radar to detect pedestrians and vehicles. The car also has a clearance sonar system, which includes a warning function that uses ultrasonic sensors on the side of the vehicle to alert drivers of possible collisions when turning.

No, this doesn’t mean you can take the new Prius mud-whomping or on a 4×4 road. The electronic four-wheel drive uses a high-output rear motor to help the engine and front motor as needed and to best allocate power between the front and rear wheels. The end result is a vehicle that handles like a four-wheel drive.

This doesn’t come standard in all Prius vehicles.

A new way to show the driver alerts

Inside the car is a full-color (that’s a first for a Toyota vehicle) head-up display. The cool part? It projects the car’s speed and other alerts onto the windshield to minimize shift in the driver’s field of focus.

Toyota re-engineered its 1.8-liter gas-powered engine to improve performance and fuel economy. The hybrid system is now smaller and lighter, which has allowed the Prius to improve its fuel economy by 10% in the U.S. Fuel economy is greater in Japan, which uses a different testing method.

Toyota engineers decreased the size of the power-control unit by one-third and reduced electrical losses by 20%.

The Prius now has two market-specific hybrid batteries—either nickel-metal-hydride or lithium-ion—that are positioned under the rear seats. Engineers reduced the battery’s size by 10%; it fits under the rear seats, which has the nice side effect of creating more space in the luggage area.

Toyota made lots of smaller improvements to the design to achieve a sleeker look, more space, a lower center of gravity for better performance, and even a few tricks to save more gas. For instance, automatic shutters have been added to the front grille, which improve aerodynamics. The company also improved the exhaust heat system to more efficiently circulate waste heat and keep the driver and passengers toasty when it’s cold outside.