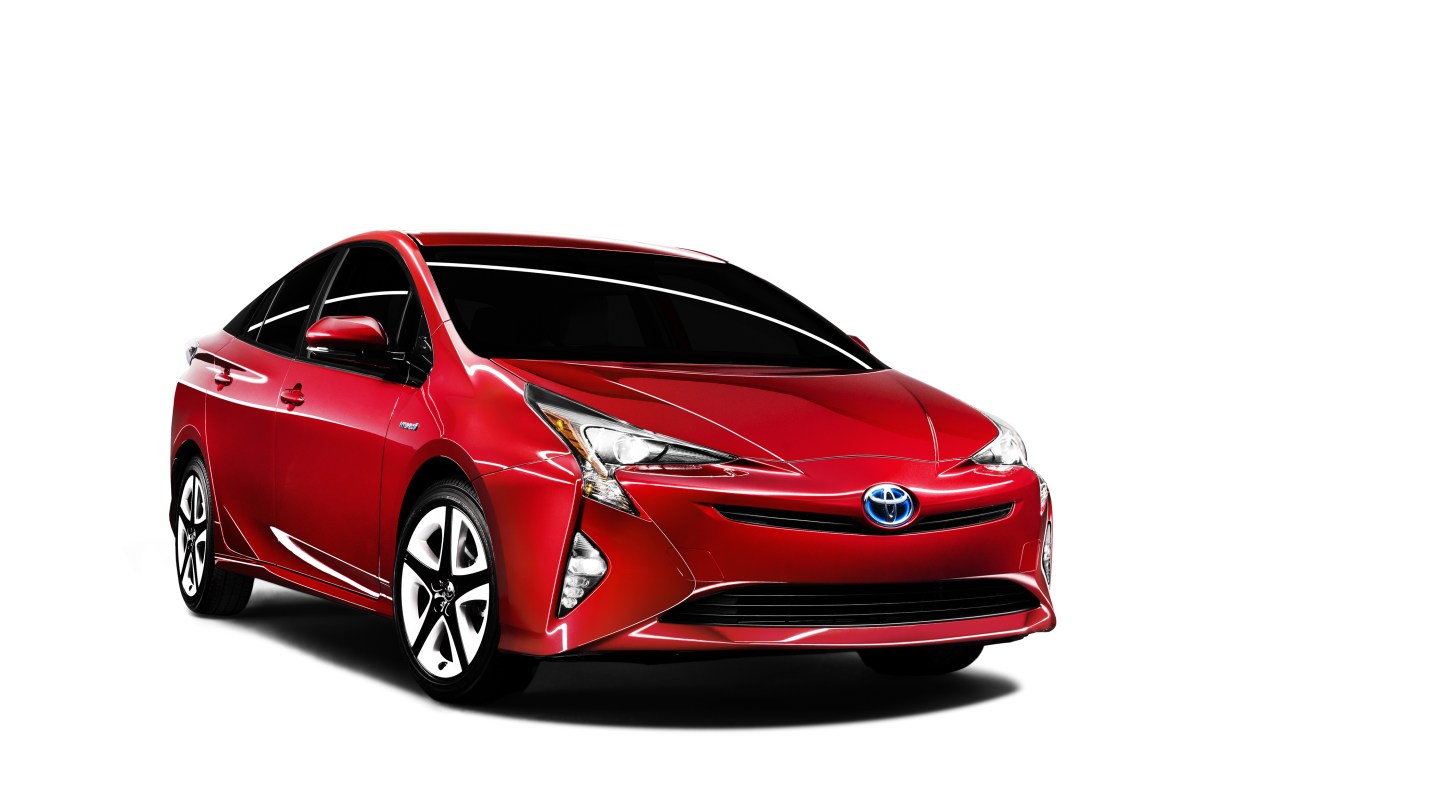 The 2016 Toyota Prius.
Courtesy of Toyota

Toyota has taken the wraps off the 2016 Prius, the next-generation hybrid that arrives in a period of struggle for the green-conscious segment.

Unveiled in a presentation in Las Vegas, the new Prius will add 10% to the hybrid’s fuel economy rating – which is already the best-in-class among vehicles without a plug – reaching around 55 miles per gallon. The big emphasis, however, has been on the car’s sleeker redesigned exterior, a move the company hopes will transition the vehicle into a mainstream buy.

“Prius set the global benchmark for hybrids, but now is breaking its own boundaries with more engaging style and fun-to-drive dynamics,” Bill Fay, group vice president and general manager of the Toyota Division, said in a company statement.

It’s the first update since 2009 for the Prius, the world’s first mass-market hybrid when it was introduced in December 1997. Today, Toyota’s pioneering vehicle has several factors working against it. Gas prices in the U.S. have dropped to its lowest levels since 2004, and coupled with the insatiable demand for SUVs, hybrids sales have plateaued. Total hybrid sales in the U.S. has dropped by 18% this year, and the Prius, the best-selling hybrid in the market, has seen sales fall by around 15% in the same period.

The Prius also bears a striking resemblance to the Mirai, the hydrogen fuel cell car that Toyota will be launching sometime in October. The Mirai is set to roll out in eight Californian showrooms, along with launches in the U.K., Denmark and Germany. Sold in Japan since last December, production is ramping up to meet demand, which is said to have tripled projections.