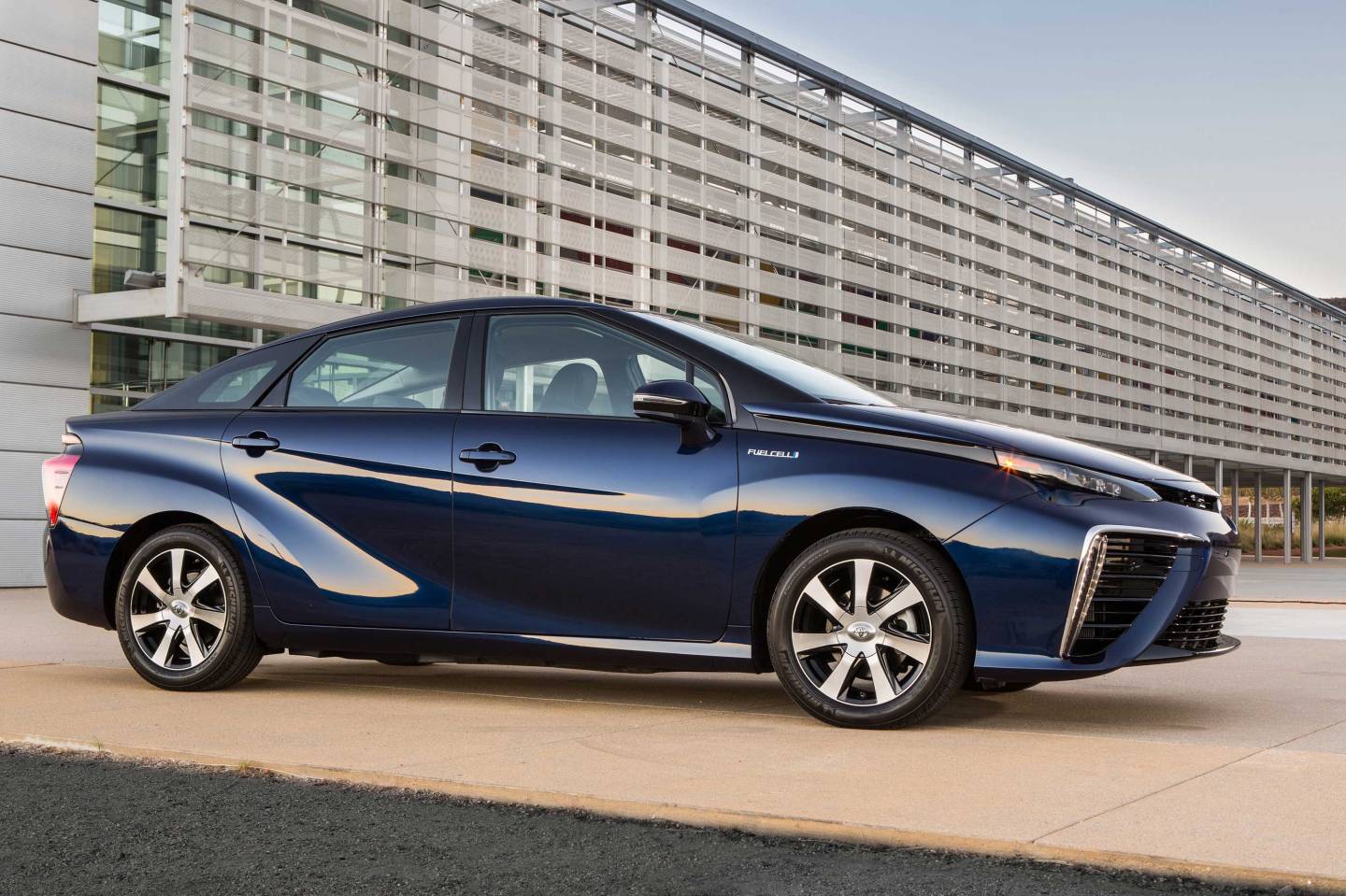 One of the most advanced and sophisticated alternative-fuel vehicles soon will be available in the U.S. with the debut of Toyota’s Mirai, a vehicle powered by a hydrogen fuel cell.

Mirai’s fuel cell converts hydrogen to electricity and emits water vapor, emitting no pollutants. A major hurdle to the technology is the lack of an infrastructure to distribute hydrogen, which Toyota (TM) is addressing by promoting and facilitating the construction of fueling stations in California and five northeastern states.

Unlike a typical battery-powered electric vehicle, which has a range of less than one hundred miles, Mirai (“future,” in Japanese) claims a range of 300 miles on a tank of hydrogen, which can be refilled in five minutes.

Honda introduced a fuel-cell vehicle called FCX Clarity on a limited basis in the U.S. in 2002. Honda has leased only a handful of the model in the past two years.

Many auto executives, including Elon Musk, the chief executive officer of Tesla, regard hydrogen fuel cells as an impractical way to fuel cars. Others see hydrogen as a fuel of the future, one that will gain in popularity in the next decade or two for its portability, cleanliness and ease of use.

Toyota, a proponent of hydrogen, has turned skeptics into believers before, notably with the introduction in 1997 of its gas-electric hybrid Prius. Prius, now sold in several variants, has evolved into one of Toyota’s most popular and profitable vehicles.

“Toyota’s vision of a hydrogen society is not just about building a great car, but ensuring accessible, reliable and convenient refueling for our customers,” said Jim Lentz, chief executive officer of Toyota’s North American operations on Sunday at a briefing in Los Angeles.

In a video address, Akio Toyoda, the automaker’s chief executive officer, said “our fuel cell vehicle runs on hydrogen that can be made from virtually anything, even garbage. It has a fuel cell that creates enough electricity to power a house for about a week.”

Hydrogen, which typically isn’t found in nature in its pure form, can be manufactured by a number of processes, often as a byproduct of hydrocarbon refining.

In May, Toyota announced a $7.3 million loan to First Element Fuels to support the construction of 19 hydrogen filling stations in California. The automaker is collaborating with Air Liquide to build 12 filling stations in Massachusetts, New York, New Jersey, Connecticut and Rhode Island.

Toyota hasn’t set a retail price for Mirai, though it could be in the neighborhood of $60,000. The automaker initially will absorb large losses on the vehicle – as it did in the early days of Prius – until such time as it proves popular in the mass market.

Rival automakers know a great deal about fuel-cell technology as well, and no doubt will be eager to get their hands on a Mirai to see what’s under the hood. They’ll be even more eager to gauge how consumers, regulators and pundits respond to the car.