This Is Why Costco’s Slavery Lawsuit Was Dismissed 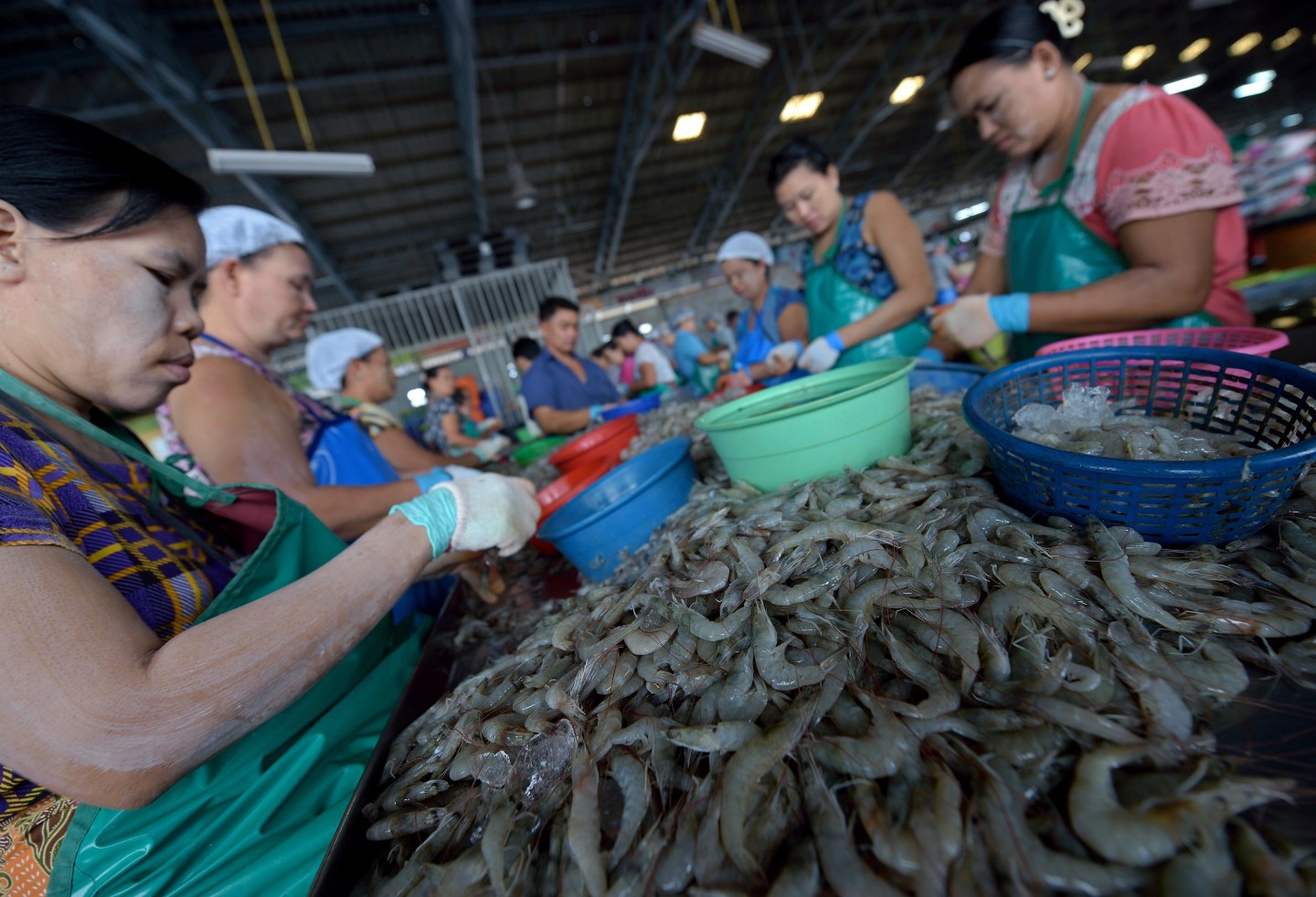 TO GO WITH STORY: France-Thailand-fishing-food-rights-work,FOCUS by Emmanuelle Michel with Delphine Thouvenot Workers select prawns at a market in Samut Sakhon province, a suburb of Bangkok on October 22, 2014. Thailand went on a charm offensive in defence of its prawn industry this week, seeking to convince Europeans that it is responding to allegations of slavery and torture in its fisheries sector. AFP PHOTO / PORNCHAI KITTIWONGSAKUL (Photo credit should read PORNCHAI KITTIWONGSAKUL/AFP/Getty Images)
Photograph by Pornchai Kittiwongsakul — AFP via Getty Images

Costco filed a motion to dismiss a lawsuit that alleged it had knowingly sold shrimp that had been produced with the use of slavery, and it was granted by the court.

Monica Sud had originally filed a lawsuit against Costco (COST) in August of last year. She claimed that the retailer had been selling shrimp raised with feed that had been collected by fishing boats in Thailand that use slave labor. Sud added that she had personally purchased the affected product without knowing its backstory.

Costco stated on its website that it has a “supplier Code of Conduct which prohibits human rights abuses in our supply chain,” blatantly misleading consumers, according to the lawsuit.

Costco filed a motion of dismissal, acquired by Consumerist, stating that Sud’s lawsuit doesn’t fulfill Article III requirements. In other words, it lacks “subject matter jurisdiction.” In order to satisfy Article III, she would have had to suffer concrete “injury of fact,” and not only have been affected in a hypothetical sense.

Because Sud was a Costco member, the retailer was able to track her purchase history. The record didn’t show that she had purchased shrimp imported from Thailand, but she had instead purchased a product imported from Vietnam and Indonesia. Because her complaint specified Thailand, the court granted Costco’s motion.

However, the court dismissed Costco’s request to prevent the defendant from “renewing the arguments.” This gives Sud leeway to amend her complaint. She can either expand it to include countries other than Thailand, or she can seek another representative who had purchased the affected product.