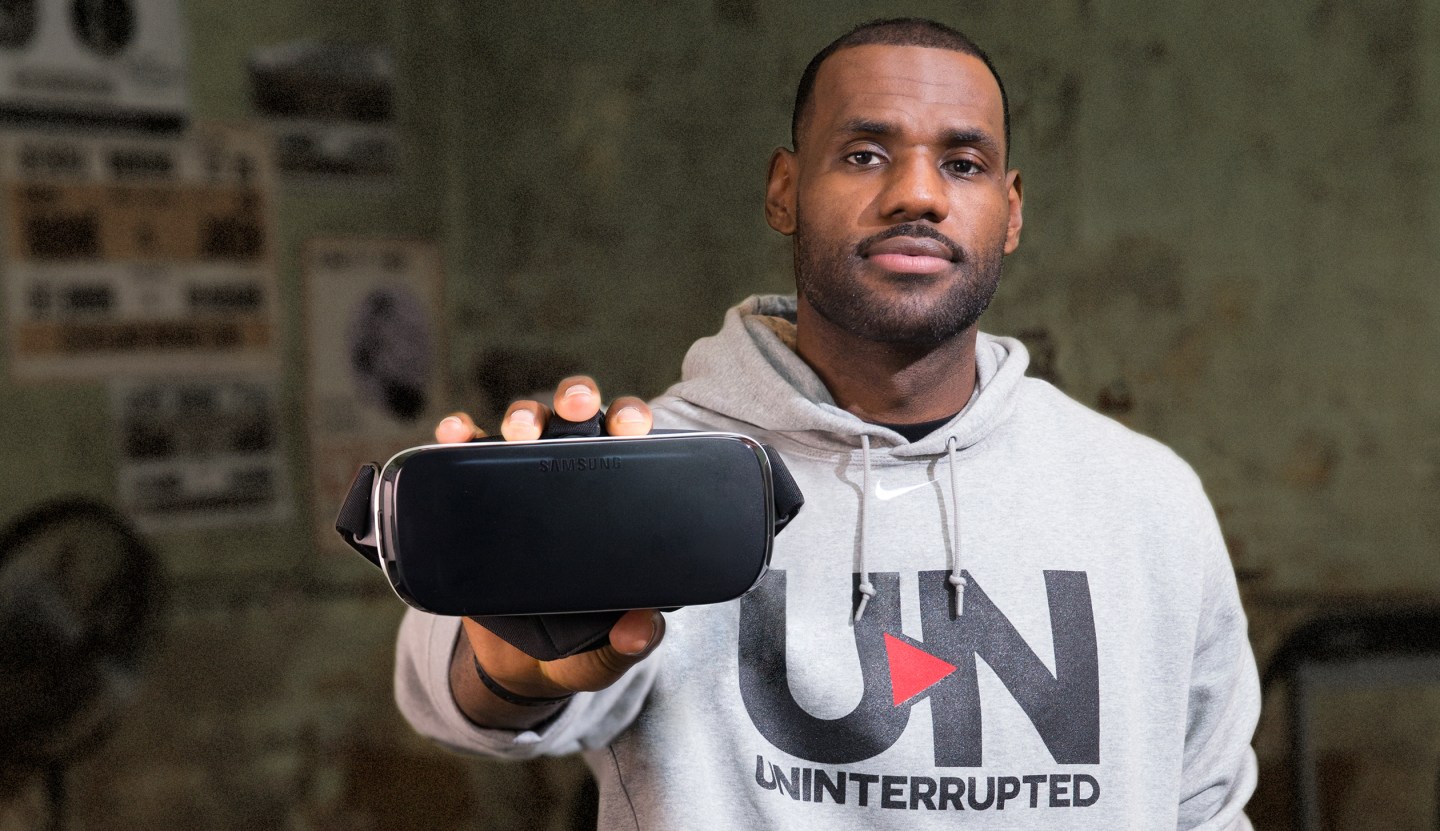 Now anyone can get up close and personal with NBA All-Star LeBron James through a new virtual reality experience, Striving for Greatness.

“While VR has many uses, its most powerful impact comes when people are given access to places and times that are impossible to visit otherwise,” says Max Cohen, head of mobile at Oculus. “For sports fans, VR can give you unprecedented access to your favorite athletes and team events. We knew sports was going to be an important category in VR, so we partnered with LeBron James and Uninterrupted to bring his story to the Oculus platform.”

“They’ll feel like part of James’ training team as he trains at the basketball court, at the gym, at the beach, etc.,” Lajeunesse says. “Fans will share moments of proximity with the athlete as he opens up about his goals and challenges at this point of his career.”

Virtual reality gave Uninterrupted the chance to show how the Cleveland Cavaliers forward prepared for his 13th NBA season.

“VR offered us a way to do this that was more intimate and offered a unique perspective on his preparation,” says Amber Mayo, head of marketing for Uninterrupted. “We had seen plenty of experiences with VR, but we hadn’t seen unique standalone storytelling. This gave us a chance to explore those possibilities.”

Felix & Paul Studios filmed all of the action with its internally developed 360-degree camera. The Montreal-based studio has been working in the new medium for two years, collaborating on projects like 20th Century Fox’s Wild: The Experience, Universal Pictures’ Jurassic World: Apatosaurus, and Cirque du Soleil’s Inside the Box of Kurios and Zarkana before directing Striving for Greatness.

“LeBron was very collaborative,” Lajeunesse says. “I believe he really enjoyed the process of filming for cinematic virtual reality. We encouraged LeBron to think of the VR camera as a person (to enhance the viewer’s sense of really being there) and he brilliantly did that.”

Fans really love the sequence that puts them in the car with James, Mayo says.

“You are next to him, his knees are almost hitting the seat in front of him and his son is in the backseat,” Mayo says. “It’s that moment that you get to explore on your own, it makes it more intimate, more about a one-on-one experience. It draws you in in a way that hasn’t been shared previously.”

“Video shot in 360—especially 360 3D video like this piece—serves a big need by transporting the viewer to a setting that can’t be re-created with computer graphics,” Cohen says. “This story wasn’t just a companion piece, it was a full documentation of LeBron’s preparation, and the end result is something we are all very proud of.”

“Having just completed Striving for Greatness, we are very excited about developing other potential stories,” Mayo says. “We are looking at VR as another great platform, along with Facebook 360, our social platforms, traditional video, etc. We are looking to find that next great story to tell in a unique way.”

Cohen says virtual reality is going to appeal to a tech-savvy demographic in the near term, but the early success of the LeBron experience proves it’s not just the popularity of an athlete that makes it great—it’s about telling an amazing story about an MVP’s life in a way that brings people closer than ever before to someone they admire.