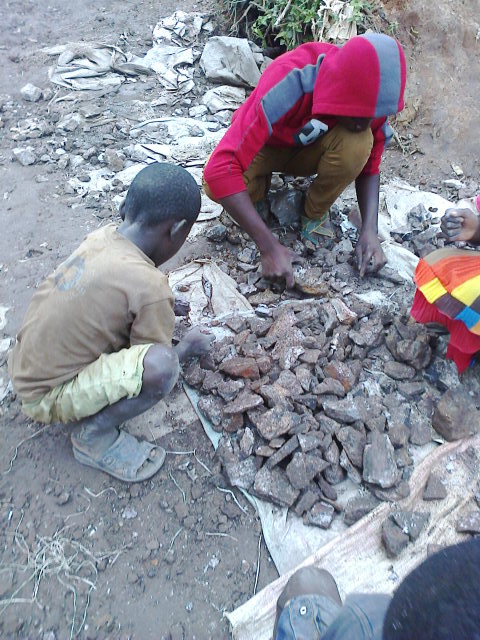 Big tech companies including Apple, Microsoft, and Samsung may be using materials extracted through child labor in their products, according to a new report from Amnesty International and African Resources Watch.

The report, released Thursday, traced a significant portion of the world’s cobalt production to miners in the Democratic Republic of Congo, where children work alongside adults in dangerous conditions. The researchers say that a main buyer of that cobalt is a subsidiary of Chinese manufacturer Zhejiang Huayou Cobalt Company, whose customers have included a large number of multinational tech companies, like Apple (AAPL), Samsung, and Microsoft, as well as automaker Volkswagen. Those com

“Millions of people enjoy the benefits of new technologies but rarely ask how they are made,” Amnesty International business and human rights researcher Mark Dummett said in a press release. “It is high time the big brands took some responsibility for the mining of the raw materials that make their lucrative products.”

The cobalt, which is used in lithium-ion rechargeable batteries, is mined in hand-dug tunnels that frequently collapse, according to the report. Children interviewed by the researchers said they worked as long as 24 hours at a time, where they are exposed to high levels of cobalt without protection. “There is lots of dust, it is very easy to catch colds, and we hurt all over,” a 15-year-old boy told the researchers.

According to Amnesty International and African Resources Watch, the companies linked to child labor in the report all said they have a zero tolerance policy for child labor in their supply chains, but many also said it was impossible to trace the origins of the cobalt they use.

Apple replied to the claims, saying it is currently checking whether it sources cobalt from the DRC and any of the manufacturers linked to these artisanal mines. “We are currently evaluating dozens of different materials, including cobalt, in order to identify labor and environmental risks as well as opportunities for Apple to bring about effective, scalable and sustainable change,” the company is quoted in the report as saying.

Microsoft told researchers that it was not able “with absolute assurance” to tell if any of its cobalt originates in the Democratic Republic of Congo. “Tracing metals such as cobalt up through multiple layers of our supply chain is extremely complex,” the company said.

Volkswagen told the researchers that its cobalt doesn’t originate in the DRC or come from the particular suppliers Amnesty International linked to child labor.

Fortune has contacted Apple, Samsung, Microsoft, and Volkswagen for comment and will update this story if the companies respond.”