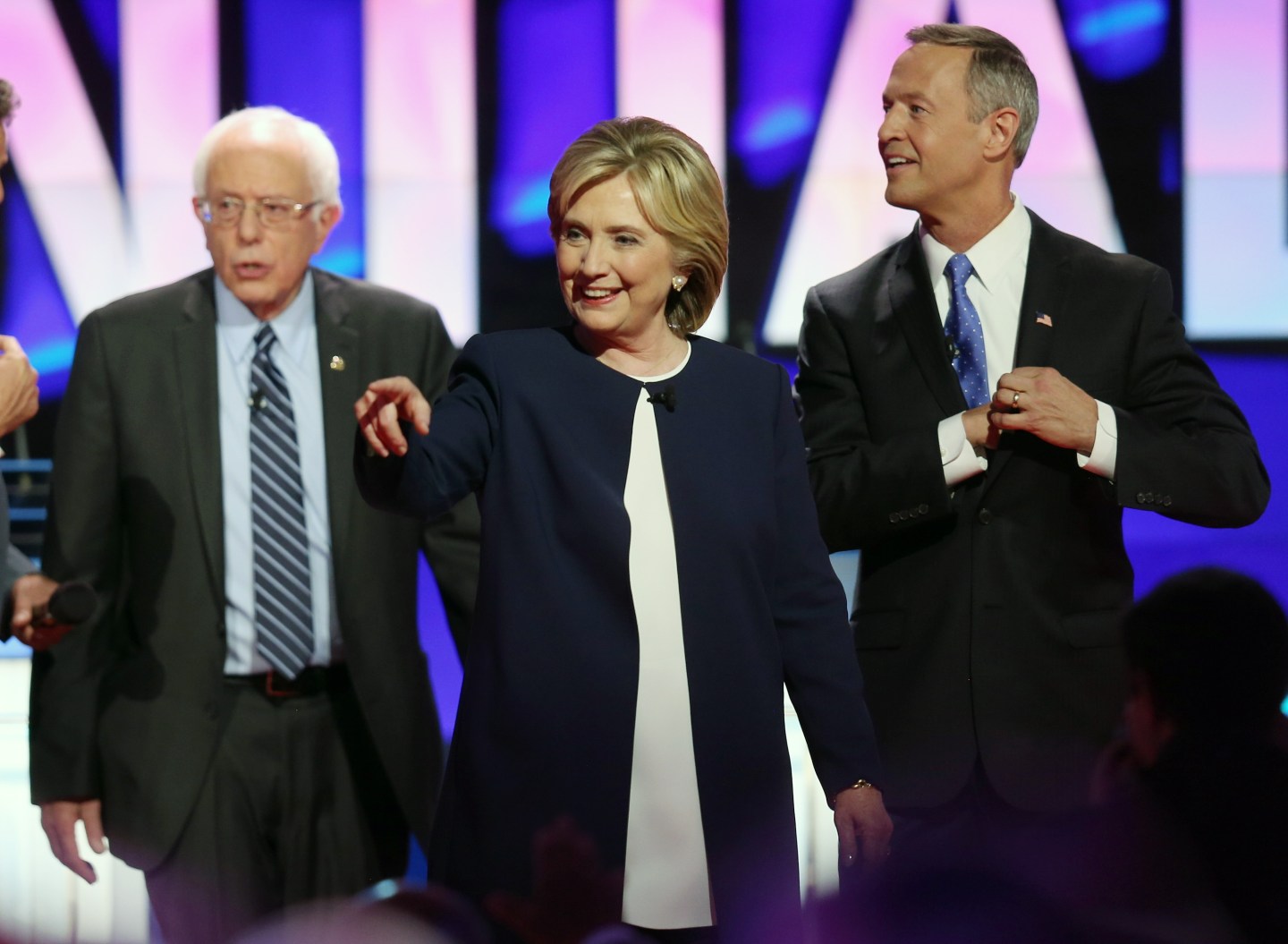 With the first contests of the Democratic primary drawing near and the race tightening, Hillary Clinton, Bernie Sanders, and Martin O’Malley will meet on a stage in Charleston on Sunday night for the fourth Democratic debate in a contest with firmly drawn battle lines.

The three candidates have sparred in past debates, but with the temperature rising and candidates launching full-frontal attacks against each other regularly on the campaign trail, Sunday night’s contest will likely have a sharper tone.

The stakes are high: Sunday’s debate is the last before the Iowa caucuses, where Sanders and Clinton are locked in a near-even battle to win the first contest in the Democratic primary. The impression that Clinton and her insurgent challenger, Sanders, make on Sunday could presage their performance on Feb. 1.

It is the candidates’ last chance to reach a national audience before voting begins.

In recent weeks, gun control and healthcare have become the sharpest points of contention between frontrunners Clinton and Sanders. Clinton has accused Sanders of being weak on gun control, pointing to his repeated votes against the Brady Bill and in support of the so-called Charleston Loophole, which allows gun buyers to bypass a background check if it is not completed in three days.

“When it really mattered, Senator Sanders voted with the gun lobby and I voted against the gun lobby,” Clinton said last week, referring to Sanders’ vote in favor of a 2005 law that protected gun manufacturers from legal liability.

Sanders, for his part, has said Clinton would not be tough enough regulating Wall Street banks and said he would be more likely to win against a Republican in a general election in November. “In terms of bringing young people and working class people into the political process, and objective assessment will suggest that our campaign has a lot more momentum and a lot more energy than secretary Clinton’s campaign.”

Clinton and Sanders are locked in a tight contest to win the Iowa caucuses just 15 days after the debate, and the New Hampshire primary on Feb. 9. Sanders has ridden an unexpected wave of enthusiasm to consistently edge out Clinton in New Hampshire, and is in a virtual tie with the former secretary of state in Iowa.

With the candidates in Charleston, SC, where nine African-Americans were shot and killed in June, gun control is likely to play a prominent sparring point in the coming debate. The venue for the debate is a short walk from the Emanuel A.M.E. Church, were the shooting occurred.

Former Maryland Gov. Martin O’Malley, in the meantime, has struggled to breakthrough despite repeated debates and airtime before a national television audience.