This Is the Worst Way to Deliver Bad News to Employees 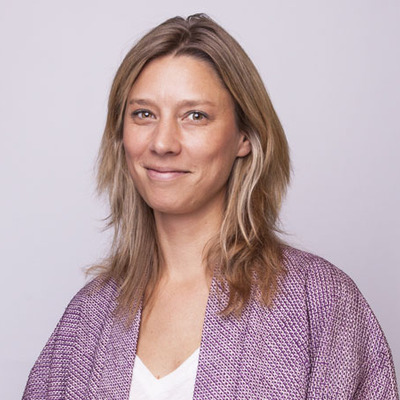 The MPW Insider network is an online community where the most thoughtful and influential people in business contribute answers to timely questions about careers and leadership. Today’s answer to the question:What’s the best way to deliver bad news to your team? is by Laura Janness, chief strategy officer at Barton F. Graf.

When I was in high school, my brother put a huge dent in the back of my parents’ wood paneled Dodge Caravan Minivan. Legend has it he was trying to impress his girlfriend, backed out of a friend’s driveway too fast, and took out the neighbor’s mailbox. I remember the night well. It was a Saturday and a few minutes past curfew when he walked through the front door with some pretty bad news for my dad. To preface, my dad’s nickname is “the big guy.” And anyone who knows him well knows the big guy hates to spend money. He’ll workout in a pair of penny loafers before he spends money on a new pair of sneakers. So, imagine just how scared my seventeen-year-old brother must have been to deliver the news. He did what any kid would do: he lied. The accident wasn’t his fault and he was certain he could fix the dent all by himself. At the time, I was fourteen, perched quietly listening at the top of the stairs and even I knew every word coming out of my brother’s mouth was a complete garbage. I silently prayed for him; I prayed the big guy would fall for it. He didn’t.

Bad news is scary. It can bring out the immature seventeen-year-old kid in all of us. It feels easier (and safer) to run and hide from bad news, to blame it on someone or something else that was completely out of our control. And bad news isn’t just scary — it’s something we love to talk about. It can bring out the teenage gossip queen in all of us, too. By the time I showed up to school Monday morning, word of my brother’s accident had already spread like wildfire. I remember hearing several different first-hand accounts of the story, including one where the accident was caused by someone throwing a brick at the car. Decades later, it shocks me to see how many grown adults still act like teenagers when delivering and receiving bad news. They send it in an email. They delay telling people. They blame it on someone else. They withhold important details. Even worse, they dwell on it. I have a catch phrase I tell people who complain about bad news at work: grow up.

Of course, I’d be lying if I said I always acted like a grown up. I don’t. But when it comes to delivering bad news, I actively fight the instinct to behave like a teenager. I adopt the belief that bad news is best delivered quickly and honestly. I collect the facts first, then gather the team for a frank, transparent discussion. I believe in holding yourself accountable. I make sure to sit with people, look them in the eye and own the situation. And, I believe whenever possible, it’s important to provide a plan of action. While my brother’s approach to telling our dad was deeply flawed, one thing I’ve always appreciated was how quickly he moved from talking about the problem to providing a solution, “Dad, I think I can fix it.” I’ve never been one to wallow in bad news. The big guy always told me, “life is about choice.” When the chips are down I’ll always make the choice to work with my team to find a solution.