These are the Pioneers of the Circular Economy 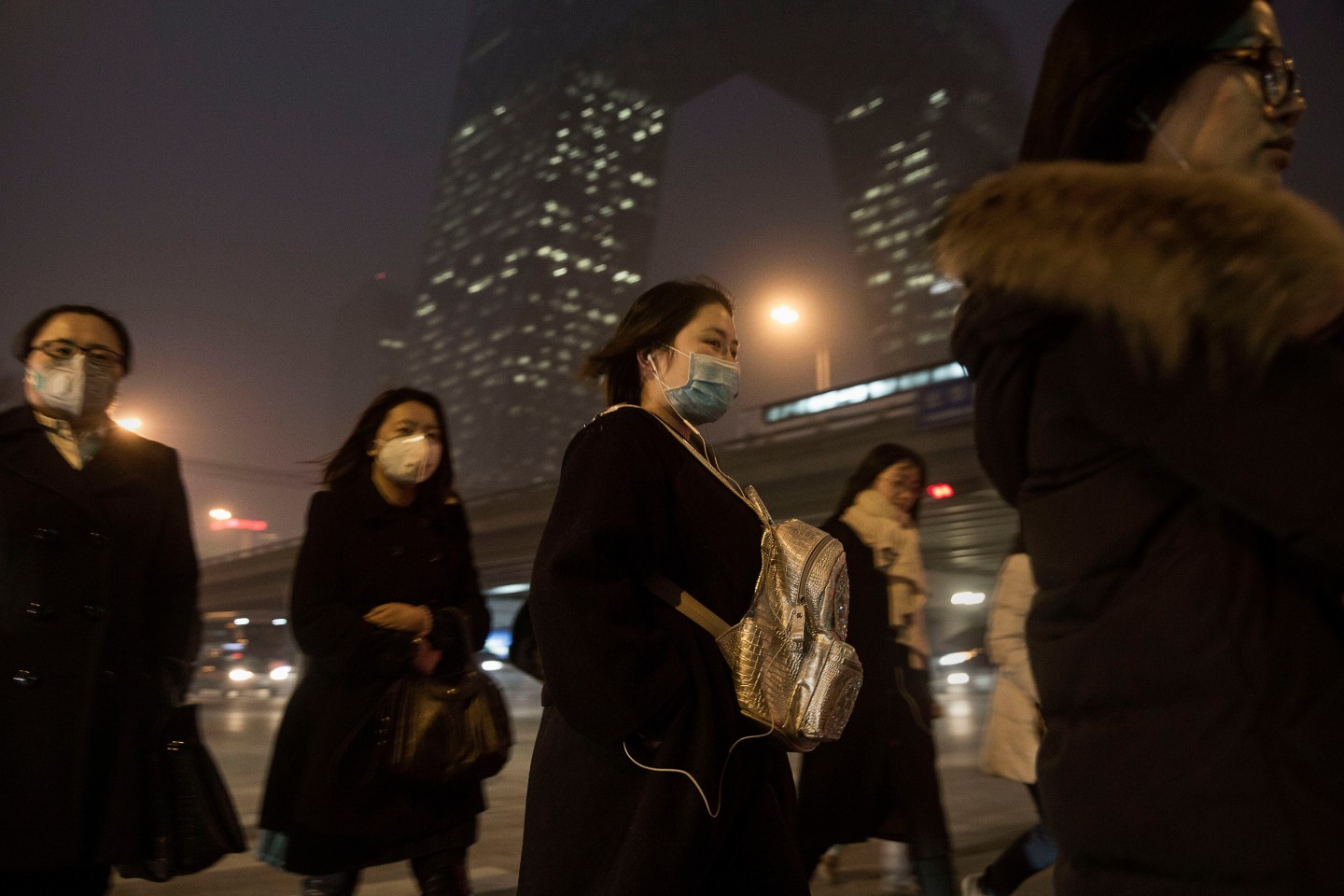 BEIJING, CHINA - DECEMBER 08: Chinese women wear masks to protect against pollution near the CCTV building in heavy smog on December 8, 2015 in Beijing, China. The Beijing government issued a "red alert" for the first time since new standards were introduced earlier this year as the city and many parts of northern China were shrouded in heavy pollution. Levels of PM 2.5, considered the most hazardous, crossed 400 units in Beijing, lower than last week, but still nearly 20 times the acceptable standard set by the World Health Organization. The governments of more than 190 countries are meeting in Paris to set targets on reducing carbon emissions in an attempt to forge a new global agreement on climate change. (Photo by Kevin Frayer/Getty Images)
Photograph by Kevin Frayer—Getty Images

Now that the celebrations of the Paris climate talks are over, the hard work of reducing greenhouse gas begins. With that in mind, the Circulars, an award program that’s now in its second year, seeks out individuals, businesses and organizations for their pioneering efforts to promote circular economy principles – where growth doesn’t depend on the use of scarce natural resources. The circular economy companies strive to allow their customers to do ‘more with less’.

In late January, the Young Global Leaders of the World Economic Forum in collaboration with Accenture, with Fortune as a media partner, and BT, Ecolab, Alliance Trust Investments and SABMiller as sponsors, will crown the winners of The Circulars 2016 at the World Economic Forum Annual Meeting in Davos. The finalists have just been announced and they represent an impressive group of CEOs, entrepreneurs, non-profit executives and government officials. (The full list of finalists in seven categories can be found by clicking on this link.

Here’s a sample of the finalists:

Among this year’s notable entries are individuals recognized for providing leadership in the environmental arena. One is Professor Dajian Zhu, the Director of the Institute of Governance and Sustainability at Tongji University, who was singled out for helping the Shanghai’s government adopt a circular economy strategy. Also singled out was Feike Sijbesma, the CEO of Royal DSM, a Dutch-based multinational life sciences and materials sciences company that has a strong initiative to produce bio-based materials and technologies for reducing cattle based methane emissions, and for manufacturing bioethanol for the U.S. transportation market.

Individuals aren’t the only one honored by the Circulars. Multinational corporations got a nod for their work on the circular economy, and this year Unilever, the Anglo-Dutch consumer goods maker, has become a finalist for its Comprehensive Zero-Non-Waste-to-Landfill program. Launched in 2008, this initiative can now boast that 100% of Unilever’s sites across 67 countries have achieved zero waste. The program is now being expanded to offices, warehouses and distribution centers. Since its start, the project has kept 140,000 tons of waste out of landfills. The French water and waste management giant Veolia also won a slot for its work on biomass energy, wastewater recycling, and energy efficiency. The company reduced its carbon dioxide by 1.7m tons in 2014, while 10% of its global revenues in 2014 were generated using circular processes.

In the Digital Disruptor category a number of startups focused on taking the waste out of our consumer economy. Stuffstr has designed an app that provides retailers with information about what happens to their products after the sale. The retailer gets to keep tabs on how long the product lasts and how much it sells for on the used market. What do customers get out of it? Stuffstr, based in Seattle, helps consumers resell or recycle their items when the time comes. Another company that gets a nod is Optoro of Washington, D.C., which helps big retailers track and handle returns. As a result, more products end up being resold and fewer thrown into landfills.

The Entrepreneur category unearthed some fascinating startups. Among them is Newlight Technologies, which captures and then converts greenhouse gases into a material called AirCarbon which replaces fossil-fuel based plastics. Companies such as Dell, Virgin, Sprint, HP, and The Body Shop now use the material in their products. AirCarbon is a thermoplastic: a material that matches or enhances the performance of over 50% of various plastic grades made today while out-competing oil-based plastics on price.

Stay tuned for the announcement of the winners on January 19, 2016.