This Genius Marketing Campaign Says Everything About Women’s Sports 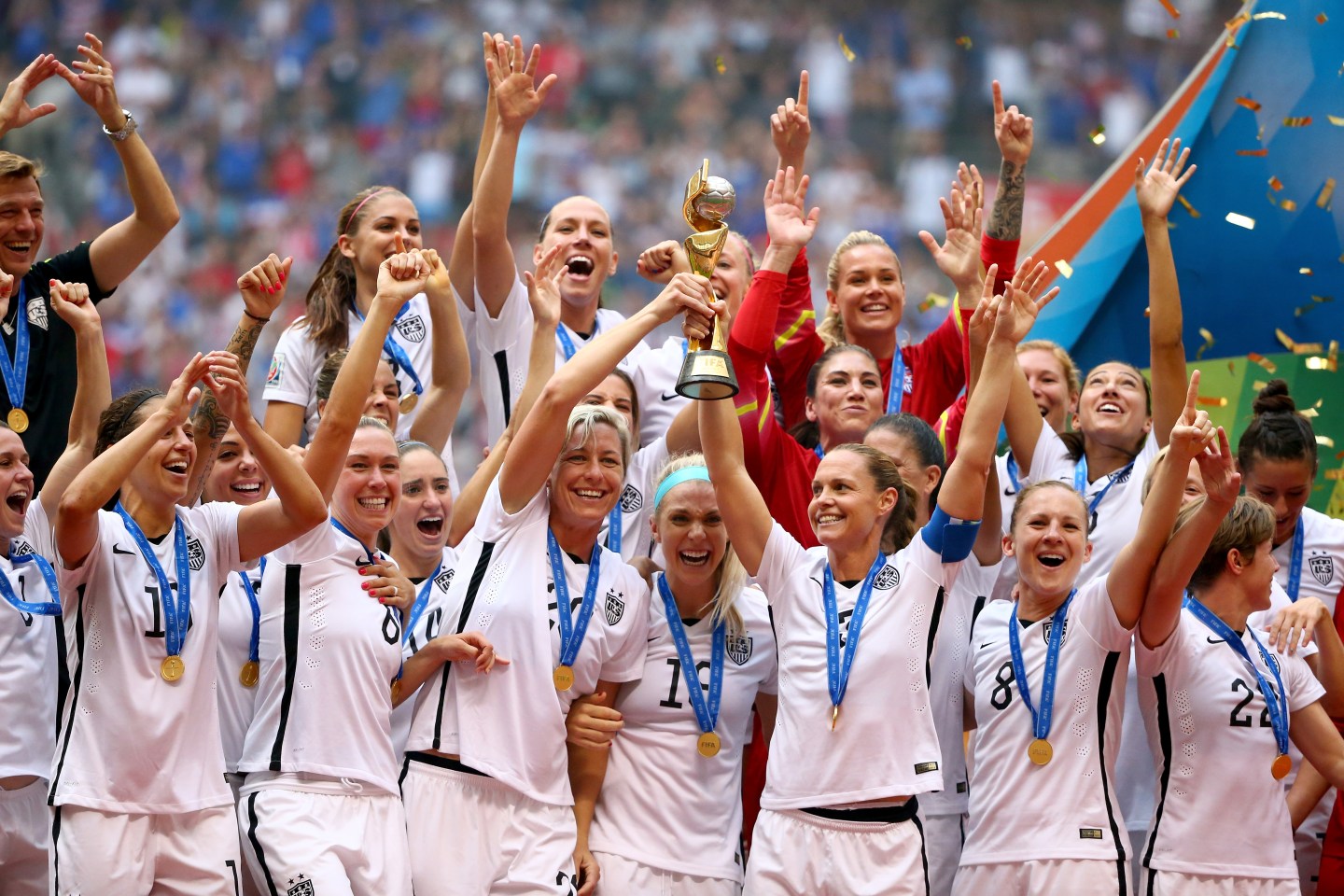 VANCOUVER, BC - JULY 05: Abby Wambach #20 and Christie Rampone #3 of the United States of America hold the World Cup Trophy after their 5-2 win over Japan in the FIFA Women's World Cup Canada 2015 Final at BC Place Stadium on July 5, 2015 in Vancouver, Canada. (Photo by Ronald Martinez/Getty Images)
Photograph by Ronald Martinez—Getty Images

This week, the internet was up in arms over the Ladyball, a soccer ball “specifically designed for a lady’s game.”

Once word of the ball got out, Twitter users came to the defense of women athletes everywhere.

Wow…can't really get much more sexist than this #Ladyball…We may as well take our soft, pink painted talons back to the kitchen sink.

Products like #ladyball help women get ahead in life. Thanks to BiC for her I became a journalist. pic.twitter.com/QQoxKPAawv

On Friday, it was revealed that the ball was a hoax, created as part of a marketing campaign announcing European supermarket chain Lidl’s sponsorship of the Ladies Gaelic Football Association (LGFA), an organization of Irish women’s soccer clubs.

“Our reason behind doing this was to try and get people talking about women in sport because they don’t get the support they deserve currently. So we took a risk and decided to launch this fake product,” said Lidl spokeswomen Aoife Clarke in an email to Fortune. Clarke noted that the Ladyball concept took off on social media and that the term was trending on Twitter for over 15 hours.

The Ladyball website, which originally showcased the fake product, now explains the initiative in a real ad. It reads: “Not everyone takes women’s sport seriously. But we do.”

While the ad stirred up controversy online, it was successful in getting its message across. “We appreciate some may have been offended but we had the best of intentions throughout this campaign and are committed to supporting the LGFA over the next 3 years,” wrote Clarke.

The method may have been unorthodox, but the message is crystal clear: It’s time to take women’s sports seriously.