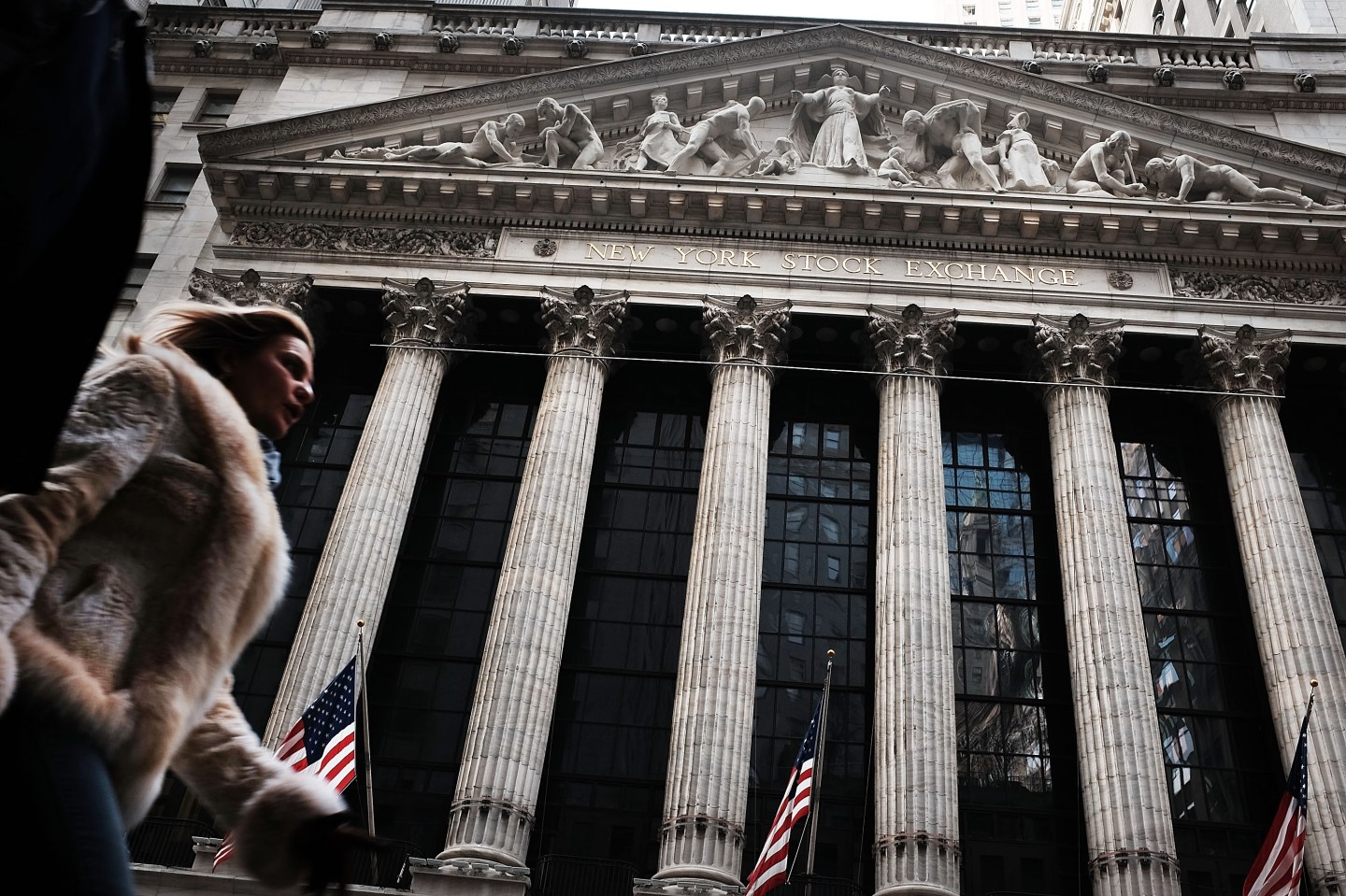 U.S. stock markets continued to crater on Friday as investors fled equities in the face of weak economic data at home and abroad.

The Dow Jones Industrial Average fell more than 500 points at one point during the day before paring back those losses and ending the day down roughly 390 points. The S&P 500 fell by more than 3% in intraday trading, finishing the week at its lowest level in more than a years.

Not every stock suffered, as roughly 18 companies in the S&P 500 were posting gains as of Friday afternoon. Shares in Wynn Resorts(WYNN), the beleaguered casino and resort company, rallied on preliminary earnings which showed income and revenue beating analysts estimates. Final fourth quarter results for the company are due in the first week of February.

Another big name to avoid Friday’s bloodbath was Chipotle Mexican Grill (CMG), as investors cheered the company’s announcement that it would close its stores briefly on February so that it can convene a company-wide meeting to address food safety.

Most of the rest of the S&P 500 took a beating on Friday, with the biggest-named losers including Intel Corp (INTC), Citi (C), Expedia (EXPE) and Walt Disney (DIS).

Intel stock fell just after the company predicted that its 2016 performance would be hurt by slow growth in China, which is weakening demand for personal computers.

Disney’s poor performance can be attributed to Barclay’s analysts downgrading the stock. Analyst Kannan Venkatwshwar argued that investors should be wary of the company because of the vulnerability of its biggest cash cow ESPN, according to a report in Barron’s. He calls ESPN the company’s “single most important cash flow source,” and warns that it is vulnerable to the phenomenon of “cord cutting” whereby customers forgo cable service for cheaper options like Netflix.