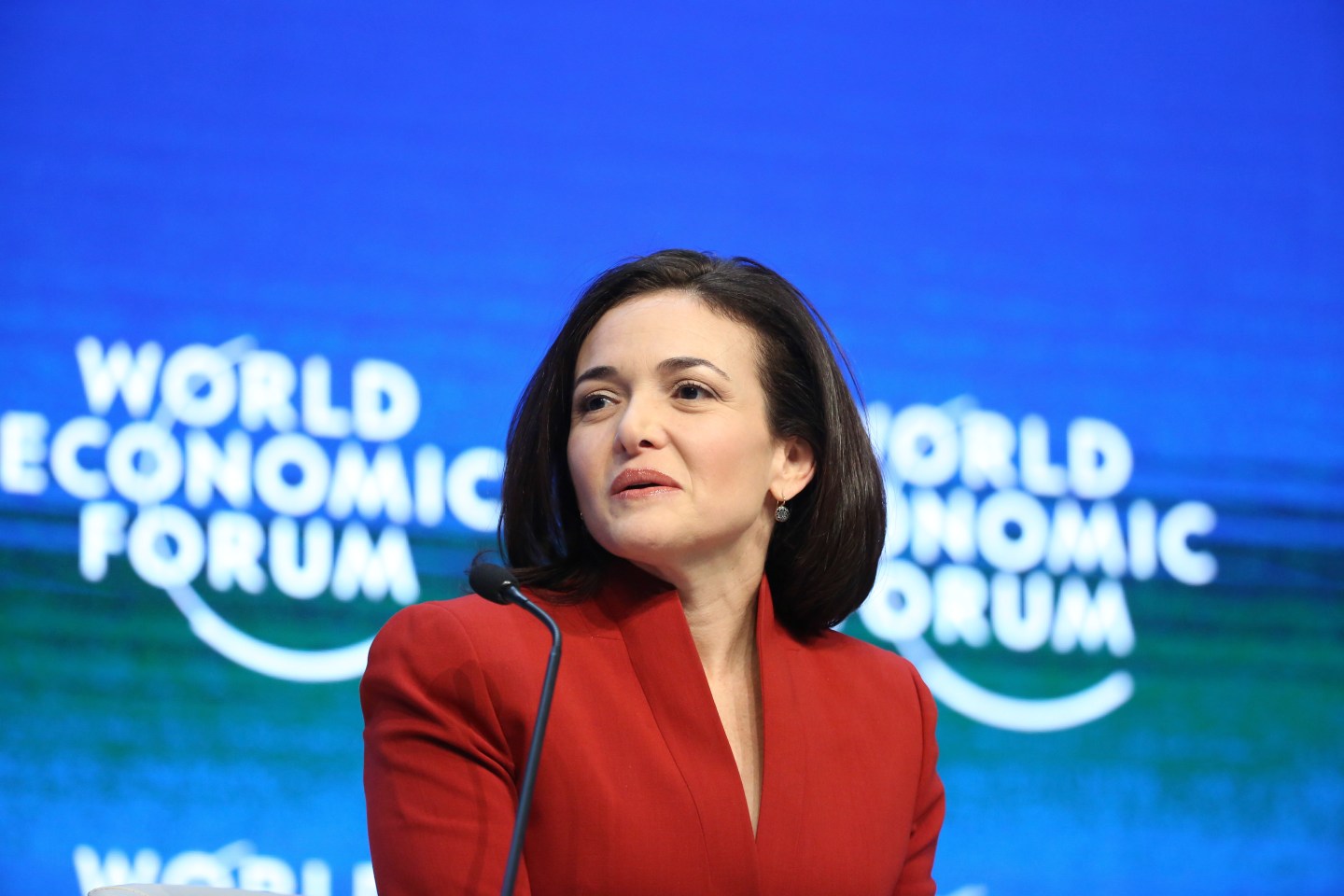 Earlier this week, Angela Merkel canceled her trip to the World Economic Forum (WEF) in Davos. That’s a blow to the famed confab, and not just because Merkel is the Chancellor of Germany and the defacto leader of Europe: She’s also one of the few women to make the cut.

Held in Davos, Switzerland, the Forum is one of the world’s largest and most high-profile annual gatherings of business and government leaders. At this year’s event, an underwhelming 18% of the roughly 2,900 attendees will be women—just one percentage point more than attended last year.

The WEF has received criticism in the past for the lack of gender parity at the annual event and has tried to remedy the issue with a “concerted effort” to get more women involved, says Saadia Zahidi, head of employment and gender initiatives at the WEF.

In 2011, group instituted a policy that required that WEF’s strategic partners, which typically bring delegations of five or more people to the event, must have at least one person with a gender different from that of the larger group (e.g. four men and one woman) in attendance. Then, in 2015, WEF launched a global initiative to push to equalize the gender split.

While these moves have prompted some positive change, ultimately the Davos crowd is “a reflection of what is happening externally,” says Zahidi. “As [industry] numbers change, we are improving as well,” she says, noting that women’s participation has increased from 15% to 18% over the last five years, and that it was just 9% in 2000.

In reality, 18% actually exceeds the representation of women in global leadership. When it comes to business, there are just 22 female CEOs of Fortune 500 companies—or 4.4%. Politics are not much more diverse, with 18 female world leaders and a mere 22% female national parliamentarians. Women are also globally underrepresented in academia, and even social impact organizations are male-dominated, with women comprising just 33% of nonprofits with incomes of more than $25 million.

This year, there are six co-chairs of the Forum, evenly split between men and women (last year’s split was four men and two women). “There is an effort to integrate women [in the event] whenever possible,” says Zahidi, noting that the selection of co-chairs is one area where the WEF is not reliant on external factors.

Among the three female leads is General Motors CEO Mary Barra, who came in at the top of Fortune‘s list of Most Powerful Women in 2015. Most recently, Barra has been credited with creating the first truly mass-market electric car. Joining Barra in chairing the conference are Sharan Burrow, the general secretary of the International Trade Union Confederation (ITUC), the world’s largest trade union; and Amira Yahyaoui, a human rights activist and the founder and chair of Tunisian social empowerment NGO Al Bawsala.

Although all 18 global female leaders were invited, only two will be attending the Forum: Lithuania’s President Dalia Grybauskaite and Norway’s Prime Minister Ema Solberg. Of course, changemakers do not necessarily have to be heads of state, and some notable political figures in attendance will include Christine Lagarde, managing director of the International Monetary Fund (IMF); Cristiana Figueres, the executive secretary for the UN Framework Convention on Climate Change (in charge of making sure countries around the world abide by the UN’s environmental guidelines); and Rania Al-Abdullah, the queen consort of Jordan, who has become known for her advocacy work related to health and education.

Within the U.S. government delegation, women are fairly well-represented. Attendees include Sylvia Mathews Burwell, the secretary of Health and Human Services; Loretta Lynch, U.S. attorney-general; and Gina Raimondo, the governor of Rhode Island.

Many of the business executives coming to Switzerland next week also appear on Fortune‘s MPW list. These include Facebook COO Sheryl Sandberg (no. 8), Hewlett Packard Enterprise CEO Meg Whitman (no. 7), Mondelez chairman and CEO Irene Rosenfeld (no. 9), Deloitte CEO Cathy Engelbert (no. 21), and Ingredion president, chairman, and CEO Ilene Gordon (no. 45). “We are trying to ensure that any major companies that are Fortune 500 or Fortune 1000 that have female CEOs are invited,” says Zahidi.

These CEOs, heads of state, and activists are some of the most accomplished people in the world—but they are undoubtedly not the only women out there who deserve a seat at the table. “We want Davos 10 years from now to look very different than it looks today,” says Zahidi. Here’s hoping that desire becomes a reality.