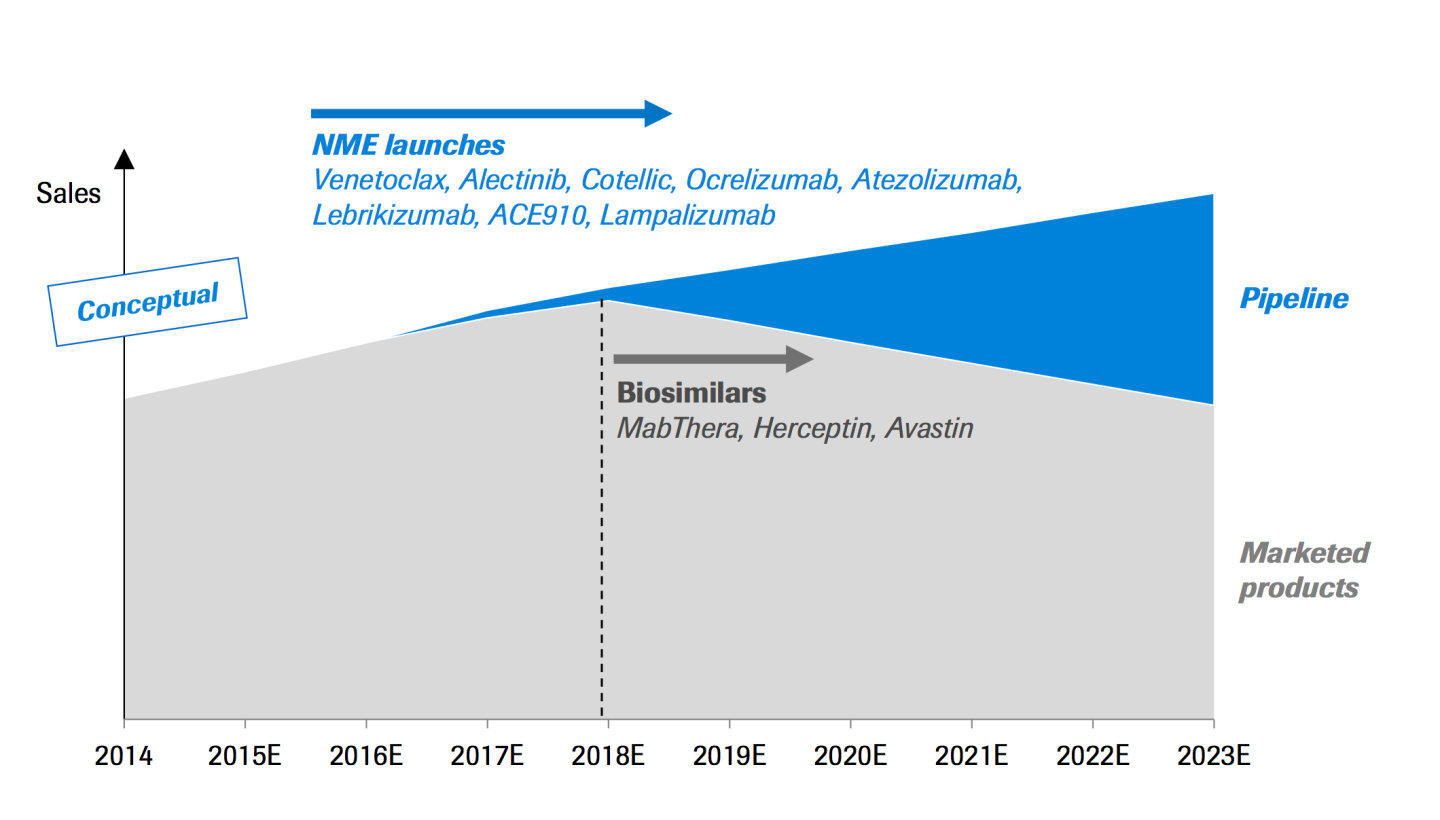 The coming wave of biosimilars, which are essentially generic versions of expensive biologic drugs, are about to take a chunk of sales away from big pharmaceutical companies.

“The biosimilar impact is coming,” said Roche CFO Alan Hippe during his presentation at the J.P. Morgan Healthcare Conference in San Francisco Tuesday.

The effect is expected to hit Roche in 2018 as its top three biologics go off patent, including cancer treatments MabThera, Herceptin, and Avastin. Those three drugs brought in sales of almost $15.2 billion over the first nine months of 2015, and the loss of patent protection is expected to significantly dent sales once biosimilar options hit the market in coming years.

The sales decline has companies like Roche working rapidly to develop new drugs that can replace the lost sales. Roche, in particular, is working on a series of new cancer drugs focused on areas like melanoma, lung cancer, and breast cancer that are expected to launch over the next three years in hopes of closing the sales gap created by new biosimilar rivals.

Biosimilars have been circulating in Europe since 2006, and the first U.S. option was approved in March last year. Biosimilars are very close copies of expensive biologic drugs, which are made or extracted from living cells. Biosimilars are like generics but not exact duplicates the way ibuprofen is a stand-in for brand name Advil. That’s because the complexity of biologic drugs means that it isn’t possible to directly recreate the same molecules, although a “highly similar” medicine can be created with equally effective clinical results. That barrier to entry means that pharmaceutical companies have a little more time before biosimilars affect their bottom line, but the signal is clear: The wave is coming.

Other companies at risk from biosimilars in coming years are AbbVie (ABBV), whose rheumatoid arthritis treatment Humira accounts for about 62% of the company’s sales and loses its patent protection by the end of this year, and Johnson & Johnson’s (JNJ) Janssen Pharmaceuticals, whose sales of Crohn’s disease drug Remicade have already been hit in Europe where a biosimilar option was released last year.