This is The Biggest Threat To China’s Stock Market 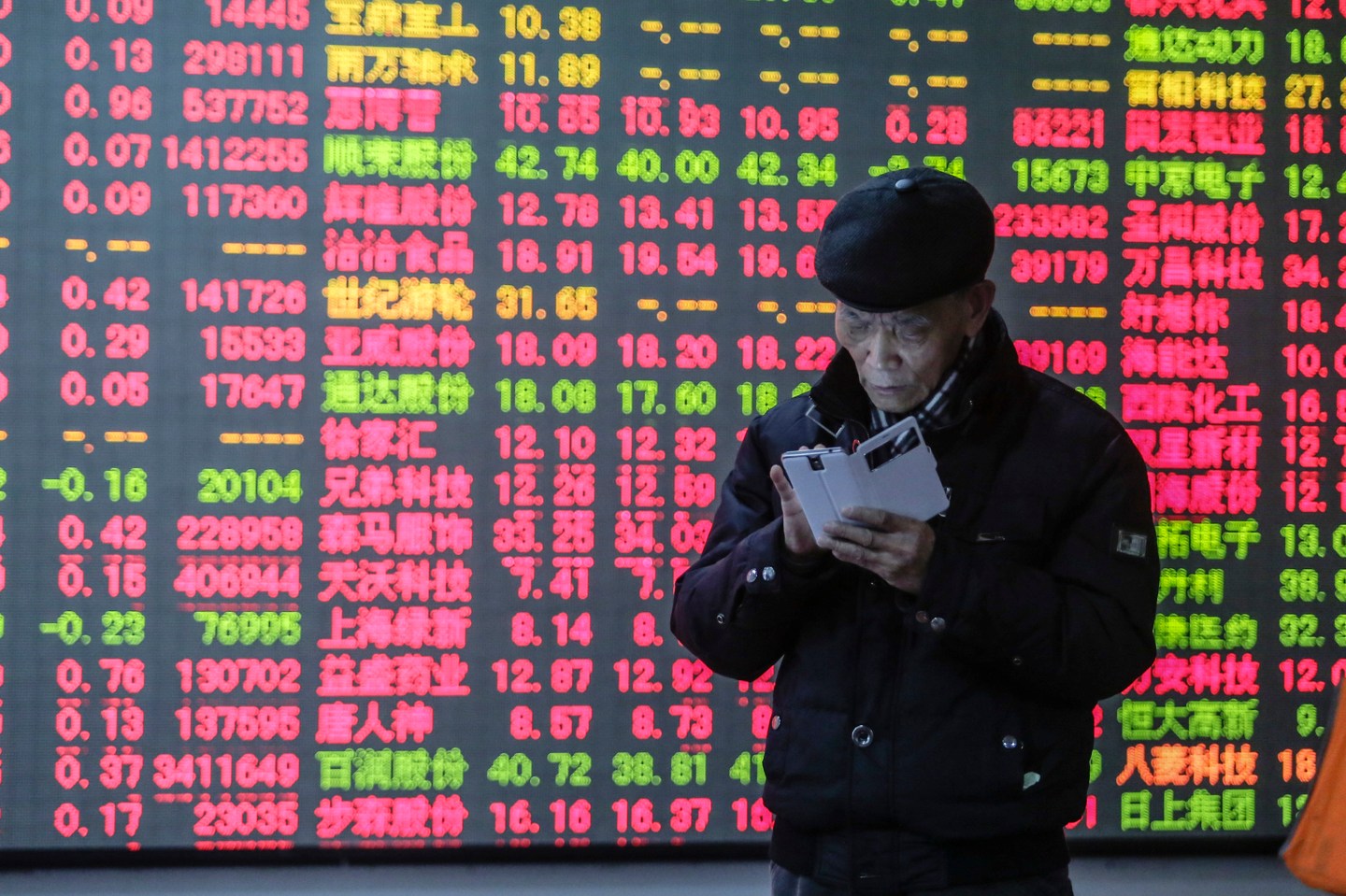 HANGZHOU, CHINA - JANUARY 05: (CHINA OUT)Investors watch a digital screen displaying the prices of China's stock marketon January 5, 2015 in Hangzhou, Zhejiang province of China. China's stock surged to a high position on the first trading day of 2015, with Shanghai Composite Index climbing 3 percent to 3,350.52 at the close in the afternoon trading session on Monday. (Photo by ChinaFotoPress/ChinaFotoPress via Getty Images)
Photograph by ChinaFotoPress via Getty Images

Mark Twain is attributed with saying that history may not repeat itself, but it certainly does rhyme. What we are seeing this week in terms of the Chinese stock market sell-off is similar to what we saw last year, except the one big difference for US investors is that the Fed may not be as worried about the volatility – unlike what we saw in September, when geopolitical turmoil and resulting volatility helped postpone the Fed’s rate hike.

In a speech on Monday, Cleveland Fed President Loretta Mester was clear that a China slowdown is not viewed as a significant risk to the Fed’s economic outlook for the US, as it’s already been built into the outlook. And on the same day, San Francisco Fed President John Williams said that a stock market sell-off won’t impact the Fed’s decision making.

In the year ahead, China’s stock market is in for many more bad days. But while there is cause for caution, that shouldn’t translate into a cause for panic. The bigger takeaway for U.S. investors is that China is one of many issues that will likely create more volatility for equity investors in 2016, driven by factors such as Britain potentially leaving the Euro in June and heightened tensions in the Middle East and Asia. US investors will need to learn to become accustomed to China’s volatile market. What might help is a better understanding of what’s driving markets today.

First of all, when a few negative economic data points are released, fears of a slowdown in China become overblown because there is a lack of transparency when it comes to the Chinese economy. Investors don’t seem to mind opaqueness when economies are moving up – but they seem to matter greatly when economies are slowing.

One catalyst for this week’s sell-off was a worse-than-expected reading for the Caixin, a purchasing manager index that is a closely watched indicator of manufacturing activity. In a way, the fears were overblown as investors wonder what’s happening in China – and think the worst.

Another example is oil prices, which has fallen for more than a year. Usually investors take a drop in prices as good news for economic growth, as cheaper oil means consumers can spend more on other items. However, investors have wondered whether this oil price drop has been driven largely by supply or largely by demand. To the extent investors believe that the drop is demand-driven, the assumption is that it is a sign of weak China demand. As long as fears are overblown about a China slowdown, expect downward pressure on the price of oil, which recently has meant downward pressure on U.S. stocks.

China’s tendency to intervene when the market goes awry is also to blame for the market’s volatility. Authorities depreciated the yuan again this week, following a devaluation last August – which caused jitters then as well as now. What’s more, this week was the first time many Chinese investors were able to sell stocks following a long lockdown period, which was implemented following a sell-off last year in the Chinese stock market.

And some have argued that the sell-offs during the past week have been exacerbated by the implementation of circuit breakers, which don’t allow for a natural recovery in stock prices once they have become oversold. These actions have created something of a liquidity crisis for investors, which can of course also add to volatility. Having said that, China also announced this week that they are doing away with circuit breakers so the situation could improve going forward.

There are bigger issues at play as well. China is transitioning from an investment-based economy to a consumption-based economy – and that will bring with it many hiccups. In addition, China is trying to make capitalism work in a Communist country. US investors may be more sensitive to this issue than investors from other countries given strong views on free markets. This may cause apprehension, given the differences between the two ideologies.

In particular, Communism is widely viewed as an ideology where the state has priority over individuals. That is anathema to capitalists, for whom individual freedom is more important than the state. And while capitalism is a self-regulated economic system, Communism is a government-run system. Enacting reforms that enable markets to be free and capitalism to flourish will take time – and again will come with significant hiccups.

Kristina Hooper is US Investment Strategist for Allianz Global Investors.