Behind the Departure of Spirit Airline’s Wildly Unconventional CEO 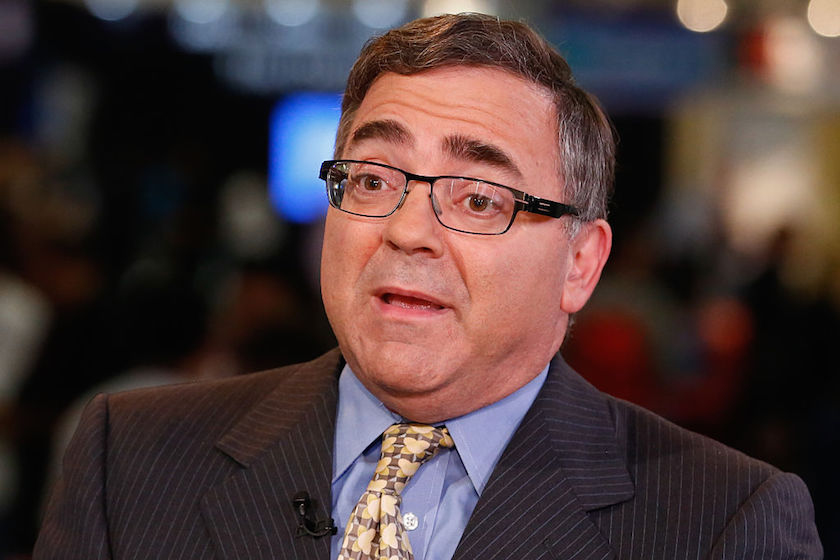 The departure of one of the airline industry’s most successful, and wildly unconventional, CEOs shocked industry veterans and analysts alike. On Tuesday, Spirit Airlines’ board announced that director Robert Fornaro would replace CEO Ben Baldanza, 54, who’d led Spirit for a decade.

Baldanza built Spirit (SAVE) from a tiny startup into the nation’s leading ultra-low-cost carrier. For years, Spirit stole passengers from the beleaguered majors by brazenly proving that customers will overlook legroom-deprived, no-recline seats, and stiff fees for everything from carry-on bags to printing boarding passes, so long as the price is right.

In its press release, Spirit gave no reason for Baldanza’s exit, besides the departing CEO’s statement that he’d recently moved to the Washington, DC area, far from Spirit’s headquarters in Miramar, Florida, north of Miami. Still, the switch underscores the new reality of air travel: The big carriers are now challenging their discount rivals far more aggressively, creating a real dogfight that Spirit and the other extreme discounters will be hard-pressed to win.

Here are a few lessons, and probable conclusions, from Spirit’s change at the top:

The succession is unusual. Fornaro is the former CEO of AirTran who oversaw its sale to Southwest (LUV) in 2011. The switch from Baldanza to Fornaro sounds more like a quick improvisation than a succession plan. Naming an ex-CEO in his mid-60s who had been retired for four years isn’t the kind of choice that most boards, given time, would normally make. In an email to Fortune, Balzana stated that his departure was planned well in advance. “I made my decision to leave Spirit in 2013, and gave my board a two year transition to find my replacement,” he wrote in the email. Supporting this, my wife and I bought property and began building a home in Northern Virginia in 2014. There was nothing ‘sudden’ about this transition, and my departure had no acrimony.”

Baldanza’s quirky style caused turbulence. Baldanza pursued a kind of reverse-marketing strategy unique to the normally service-obsessed air travel industry. In TV ads and web videos, he touted Spirit’s “bare fare,” “stripped down naked” service, bragging that it was fine that a lot of travelers hate and shun Spirit, because stoic regulars would keep returning for its cut-rate fares. One ad pictured the CEO lying in an overhead storage bin, extolling Spirit’s fees for carry-ons. “If we had not implemented this, there’s no telling what people might try to put in the overhead bin,” a horizontal Baldanza declared.

In late 2014, Spirit released an ad called “State of the Hate Report,” a mock newscast featuring puppets as presenters who related passengers’ frustrations with all airlines in saucy language. Spirit gloried in getting its share of the gripes.

When a maverick’s stock price is high, boasting about negative feedback may appear smart. But Spirit’s shares have dropped by over 50% since their peak of $85 in December 2014. At AirTran, Fornaro blended bargain fares with the relatively customer-friendly perks that Spirit proudly disdained. Fornaro’s ascension may show that the board wants to cease touting Spirit’s “naked” service and instead appeal to an audience far beyond the most Spartan of travelers.

Spirit is facing a dogfight with American. Although Spirit fared well against all the majors, it hit American (AAL) hardest. In the years prior to its 2013 bankruptcy and restructuring—and subsequent merger with US Airways—American was an easy target. Its precarious finances prevented it from adding new flights to counter Spirit, and highly restrictive labor contracts blocked American from growing regional service where Spirit excelled. Spirit thrived by poaching customers in such American strongholds as Dallas, Chicago, and southern Florida, where American dominates traffic to the Caribbean.

But starting in 2014, American emerged with far lower costs and flexible work rules. It confronted Spirit by slashing fares on competing routes and increasing its regional service. The old weaknesses Spirit so successfully exploited have mainly vanished.

To be sure, Spirit is still highly profitable. But both its margins and its “load factor,” the percentage of seats it fills on each plane, are declining. Shortly before his departure, Baldanza reduced profit forecasts for the fourth quarter and stated that earnings would probably shrink in 2016.

Spirit is growing too fast. Given American’s determination to match Spirit’s fares and flight schedule, Spirit’s gigantic 30% growth for 2015 was likely a mistake. The expansion made each flight less profitable than before. That doesn’t mean the Spirit model won’t work. Spirit will probably fare a lot better if it stops flooding the market with seats and gets customers to prize its service along with its prices. That’s the strategic elixir that drives Southwest.

The majors have finally gotten their wings level. They’re no longer the patsies whose passengers Spirit easily stole and whose service frills it mocked.

It will be great for travelers if Spirit can adjust its flight plan and keep the majors honest with its fantastic bargain fares. The last thing America needs is a return of the airline cartel that brought us decades of inflated prices and, by the way, lazy, lousy service.