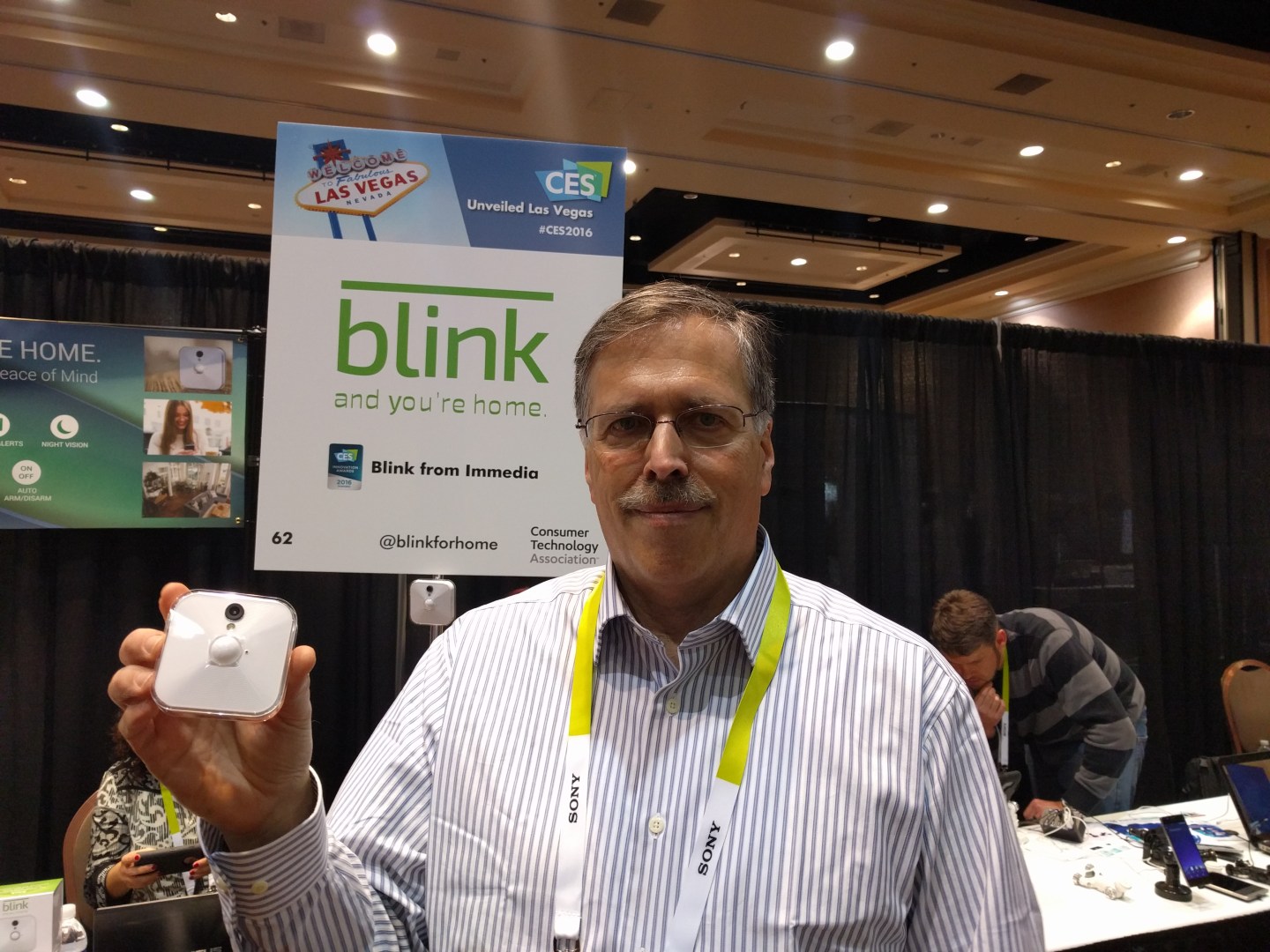 Connected cameras litter the show floor at the annual CES in Las Vegas this week.

For a society so concerned about the privacy implications of constant surveillance, gadget makers apparently think we want to buy cameras to keep constant watch on our homes and even inside our refrigerators. There are doorbell cameras, oven cameras, kid cameras, wireless cameras, and cameras that have facial recognition technology.

But one of the cameras that is proving especially popular, Blink, started out as a semiconductor company called Immedia Semiconductor. Immedia made image processing chips that sold for a few bucks or less, and found their way into DVRs and Blu-Ray players made by Asian manufacturers. The margins were low as was the average sales price of the chip.

In the summer of 2014, he decided to take what was an advanced semiconductor, skip the stodgy old-customer base, and build something completely different. His idea was to build a camera that used the image processing in the chip to make a really low-power camera—so low power, in fact, that it could be made tiny and wireless. And fairly cheaply.

Thus, Besen built the Blink, and launched it in August 2014 on Kickstarter as a competitor to the myriad other Internet cameras available. Most of them, which cost around $200 to $250, needed to be plugged into the wall.

Currently, Besen is selling his palm-sized camera for $79, and five of them for $289. The camera is about a year late, which he attributed to learning the ropes of becoming a product company after manufacturing chips.

Besen has received some laurels for the camera. At CES, it was a CES Innovation Awards Honoree in the Smart Home category.

WATCH: For more on CES see our video coverage.

Besen declined to discussed the margins he now gets, but says the business in consumer electronics is much better than chips. Immedia received a $5.8 million in new venture capital from Easerich Industrial, Innosilicon, Baker Capital and Dot Capital after raising more than $1 million for the Blink wireless camera on Kickstarter. Both the chip industry and the consumer electronics industry are capital-intensive and tough, but at least in the consumer product world. Besen believes he can control his own destiny. Let’s hope he’s right.