Walgreens Defends its Deal with Valeant 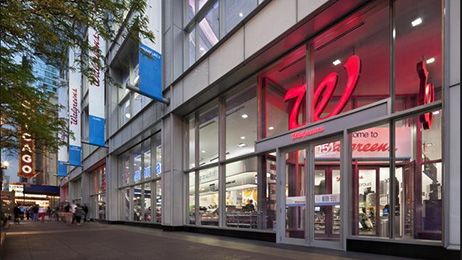 Walgreens Boots Alliance executives told investors Thursday that its Valeant Pharmaceuticals deal was a good move for the company and for customers since it will help reduce costs for patients.

The discussion took place during the company’s earnings call where analysts peppered executives with questions about its 20-year deal with Valeant. The arrangement will use Walgreens pharmacies as the primary distributor for Valeant treatments after the drug maker ended its relationship with Philidor, the specialty pharmacy that came under fire for improper behavior.

“Of course, when you introduce something new to the market and some new thoughts there’s always people who may think differently,” said Walgreens President Alex Gourlay. “We’re trying to take costs out of the system.”

As part of the deal, Valeant said it will cut prices by 10% on its branded dermatology and ophthalmology products, and Walgreens has committed to charging generic-equivalent prices for Valeant (VRX) products where a generic is available. That would include such medicines as dermatologic treatment Aldara, hypertension drug Tiazac, and diabetes drug Glumetza. Altogether, the two companies have said that their partnership will save the U.S. health care system as much as $600 million a year.

The arrangement sparked pushback from other industry players, including from CVS Health (CVS) CEO Larry Merlo. He said such a deal could actually increase costs since Walgreens will hold drugs on consignment, rather than own them outright. That, Merlo says, could diminish pharmacy benefits managers’ ability to negotiate for better deals directly with drugmakers.

Walgreens (WAG) executives didn’t respond directly to Merlo, but during Thursday’s call said that the arrangement could be used as a model for future deals.

“I hope to demonstrate how this model will work int he U.S. and how this model could reduce cost for the final customer,” said Walgreens CEO Stefano Pessina.

Pessina also said the company would be open to other types of mergers, and many analysts have speculated that the company could seek a major pharmacy benefit manager like Express Scripts to compete more directly with CVS Health.