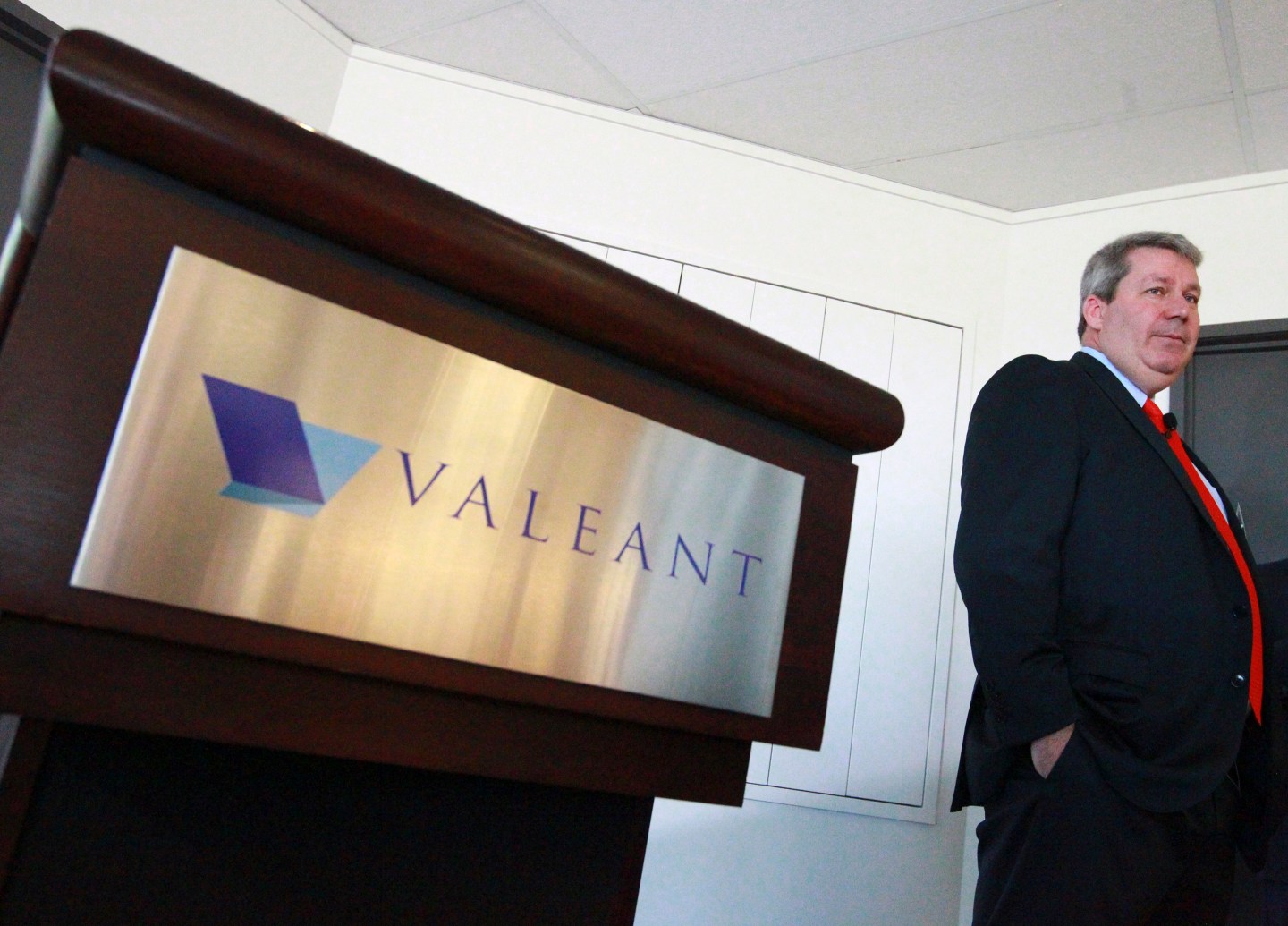 Valeant Pharmaceuticals (VRX) had some good news for investors on Tuesday, when it announced a pricing and distribution pact with Walgreens Boots Alliance (WBA), a deal that will give the beleaguered drug company a way to lower prices, expand the reach of its products and potentially shake off some of the controversy that has slammed its stock in recent months.

The company, for years a Wall Street favorite for fast growth fueled by acquisitions and raised drug prices, rather than by developing its own portfolio, has of late faced questions about its pricing practices, seen by many as gouging.

Under the 20-year deal, Valeant will cut prices by 10% on branded dermatology and ophthalmology products distributed by Walgreens’ retail pharmacies, the largest chain in the United States with some 8,000 drugstores. The Walgreens deal will initially encompass products including the toenail fungus drug Jublia, acne treatment Solodyn and Retin-A Micro and eye drop Alrex. It will also cover Valeant’s over-the-counter products. The companies claim their arrangement will save the U.S. healthcare system as much as $600 million per year.

“We have listened to what the marketplace is saying,” said J. Michael Pearson, chairman and CEO of Valeant in a statement.

He apparently has also been listening to what the stock market has been saying: Valeant shares rose immediately on the news, helping it recover some of the 64% decline since a 52-week high in August.

In a separate deal, Walgreens said it would distribute more than 30 of Valeant’s branded products, where generics are available, at generic prices. Such products include dermatologic treatment Aldara, hypertension drug Tiazac and diabetes drug Glumetza.

Pearson built Laval, Quebec-based Valeant into a powerhouse on the belief that drug companies were incredibly inefficient in spending money on research and development that too often went no where. His business plan has been to create a drug giant that focused on distribution, letting others do the research. Pearson started buying up rival drug companies, firing staff and slashing R&D, making Valeant unpopular in the drug industry.

Adding to Valeant’s problems, there were major concerns about the business practices of Philidor specialty pharmacy, which handled about 7% of Valeant’s business. Valeant has said it will end its relationship with Philidor, which several media have reported is suspected of tampering with prescriptions to boost reimbursement for Valeant products.