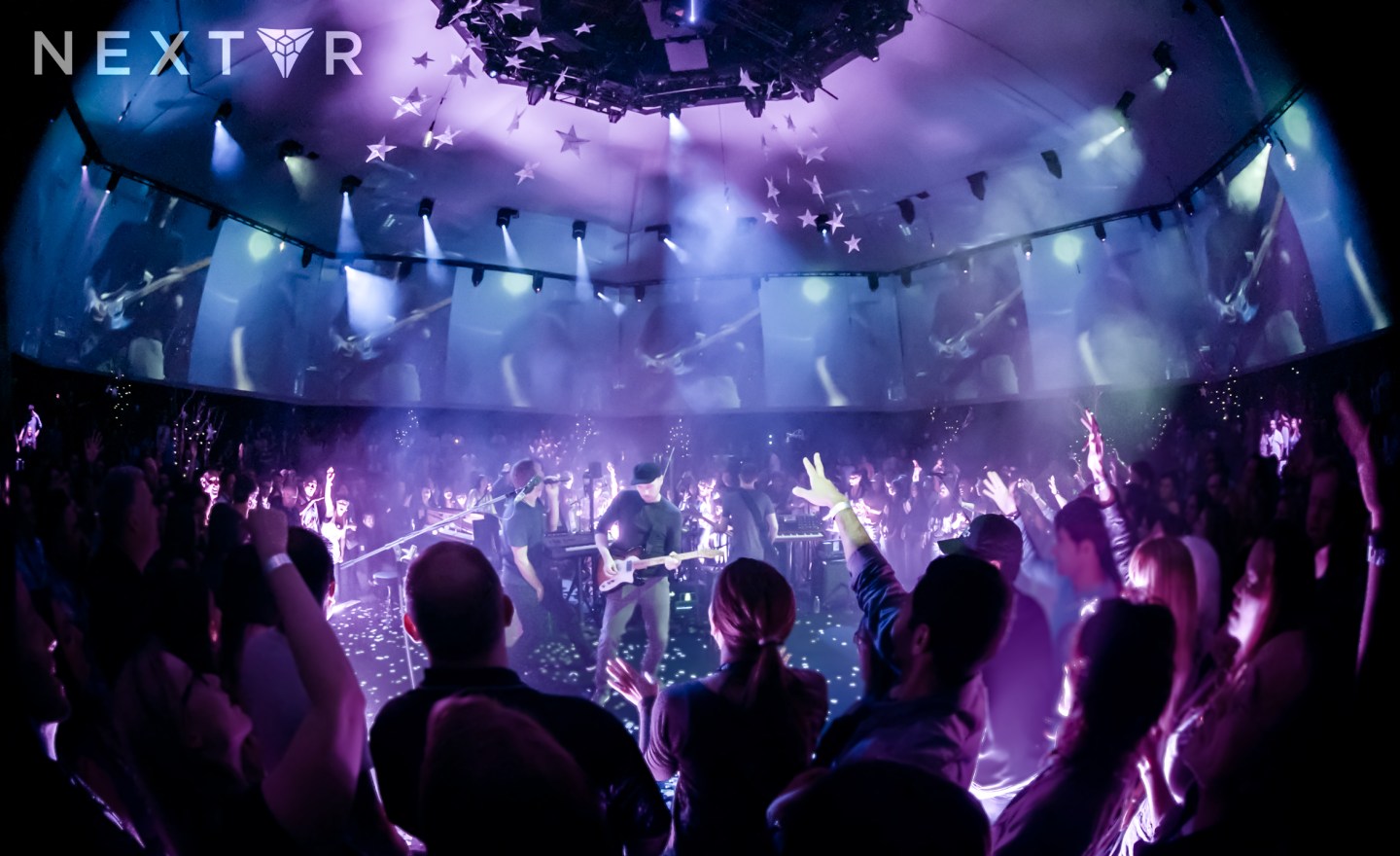 With Facebook announcing a $600 price point and March launch for its Oculus Rift, the HTC Vive shipping in April, and Sony PlayStation VR shipping this summer, the virtual reality ecosystem is expanding from mobile (Google Cardboard, Samsung Gear VR) to PC and console this year.

Virtual reality is also expanding beyond video games and into other forms of entertainment. Artists like Paul McCartney, Coldplay, Jack White, and R5 have already experimented with virtual reality.

Now Universal Music Group (UMG), a division of Vivendi (VIVEF), and iHeartMedia have partnered, enabling the companies to connect artists, music fans, and brands and sponsors through a variety of virtual reality performances and experiences.

“We’ll get into the game with the first show and deliver the best possible experience we can with the technology available today, and then the following year it will look better,” Sykes says. “It’s going to be a work-in-progress learning experience.”

Through this initiative, one virtual reality experience by a UMG artist will be added to each major marquee iHeartMedia event in 2016, including the iHeartRadio Country Festival, Summer Pool Party, Fiesta Latina, Music Festival, and Jingle Ball Tour. The virtual reality series kicks off at the iHeartRadio Music Awards on April 3, which will also air on Turner’s TBS, TNT, and truTV.

The companies also will collaborate on four virtual reality concerts in the second half of 2016, as part of the iHeartRadio VR Concert Series held at the iHeartRadio Theater in Los Angeles. Each concert will focus on an individual artist from UMG.

“The four theater concerts will be a lot of fun because we’ll have an entire 30 minutes to an hour with the artist to deliver a state-of-the-art VR experience,” Sykes says.

UMG is currently speaking to artists about both of these opportunities. The iHeartMedia event coverage will focus on an individual artist performing a song, as well as some arrival and backstage footage.

In addition, the music companies will partner brands with artists and consumers through virtual reality experiences. UMG has hundreds of artists under contract, while iHeartMedia has 245 million monthly broadcast listeners, 87 million digital unique users, and 80 million social followers.

Since the announcement, Sykes says sponsors are more interested in the April 3 show because of the virtual reality element.

“VR is the next big idea in personalization and connection between media and the consumer,” Sykes says.

Sykes believes there’s the opportunity to not just mirror what’s happening in the 17,000-seat arena, but to create experiences a fan 1,000 miles away who could never get inside the venue can enjoy, including red-carpet coverage and backstage access that makes the user feel like they’re with the artists.

Sykes is talking to seven or eight virtual reality production companies, including Jaunt and Vrse, to find a partner for these projects. Once they choose one, they’ll collaborate on additional distribution like the Facebook and YouTube 360 channels, in addition to iHeartMedia’s own digital platform.

Also announced at CES, Vrtify launched the private beta of its virtual reality music platform, which will be available to the public in Q2 for Google Cardboard, Samsung Gear VR, and Oculus Rift. The app supports a variety of music sources, including songs and playlists from Spotify accounts or personal libraries.

Users can pair their preferred music with custom-created virtual environments that range from the pyramids of Cairo to sandy Caribbean beaches. The integration of YouTube and Google Street View gives uses an endless array of additional environments to use as backdrops for their music.

Moving forward, the plan is to sell virtual reality seats to Vrtify users for concerts and other music events. The company is also working with artists, record labels, brands, and developers to create custom-curated channels.