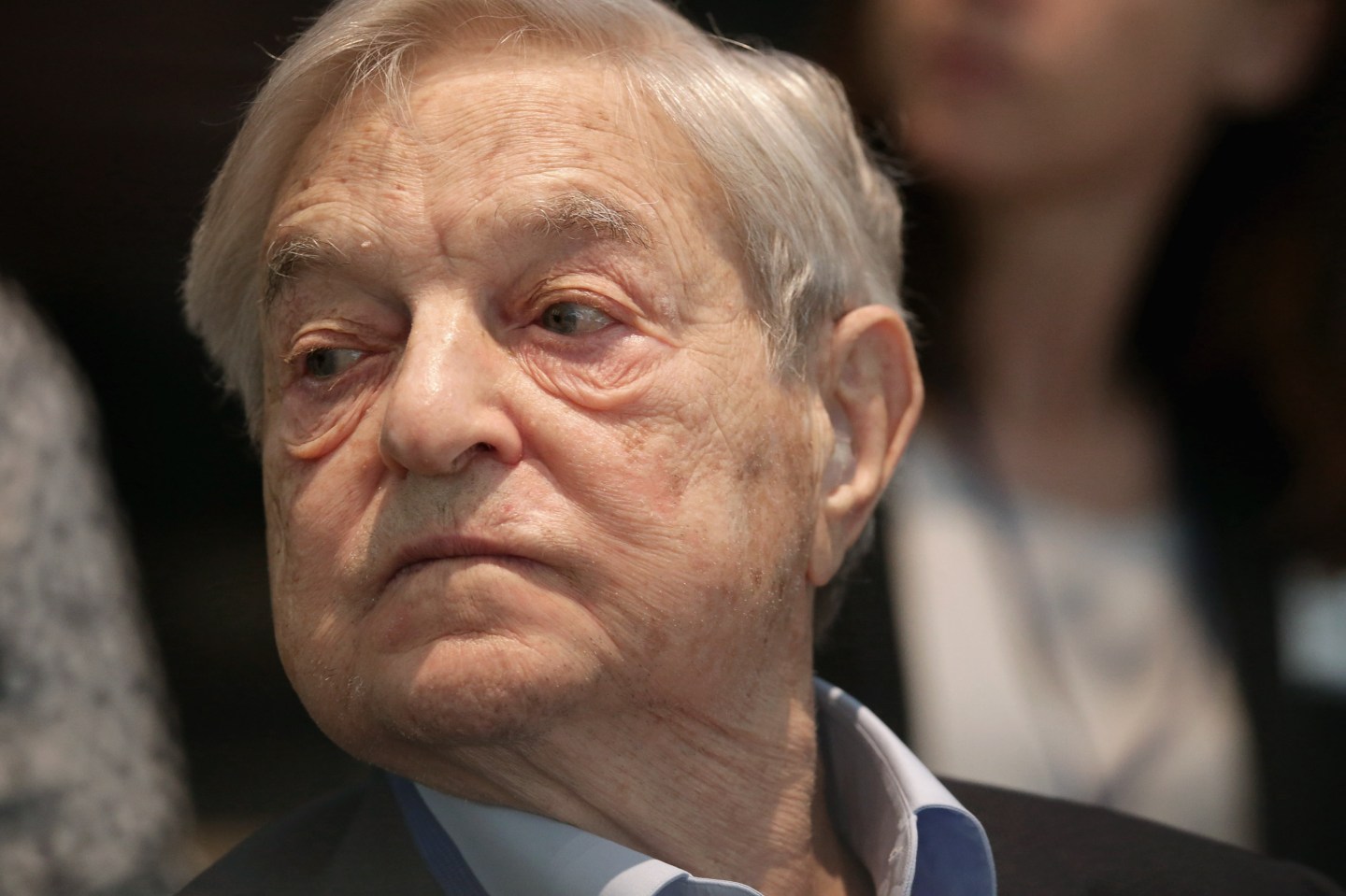 WASHINGTON, DC - APRIL 17: Soros Fund Management Chairman George Soros attends a meeting with finance and development ministers, international partners and the presidents of Liberia, Sierra Leone and Guinea about the ongoing efforts to recover from the Ebola outbreak in West Africa during the World Bank- International Monetary Fund Spring Meetings April 17, 2015 in Washington, DC. The World Bank announced Friday that it would provide an additional US$650 million over the next year to help Guinea, Liberia and Sierra Leone to recover from the social, economic and health impact of the Ebola crisis. (Photo by Chip Somodevilla/Getty Images)
Photograph by Chip Somodevilla—Getty Images

Billionaire George Soros warned investors on Thursday that the global economy could be facing a crisis.

At an economic forum in Sri Lanka, the hedge fund luminary pointed toward China’s currency devaluation and economic slowdown as major factors weighing down the global markets, Bloomberg reported. He said that the turmoil is a result of China’s struggle to transition to a new growth model.

On Thursday, a plunge in Chinese equities spilled over to send global markets into a tizzy. The Dow Jones Industrial Average dropped more than 200 points after the Chinese Central Bank made its most significant downward adjustment of its currency since August, according to The Wall Street Journal.

Chinese markets had their shortest day in history—a mere 30 minutes—after a newly installed circuit breaker designed by the China Securities Regulatory Commission halted trading. Though the circuit breaker was designed to stabilize markets amid volatility, the regulator reportedly decided to stop using the mechanism after its use Thursday sent jitters through the markets.

Soros said that the current economic volatility is worrisome. “China has a major adjustment problem,” he said. “I would say it amounts to a crisis. When I look at the financial markets there is a serious challenge which reminds me of the crisis we had in 2008.”