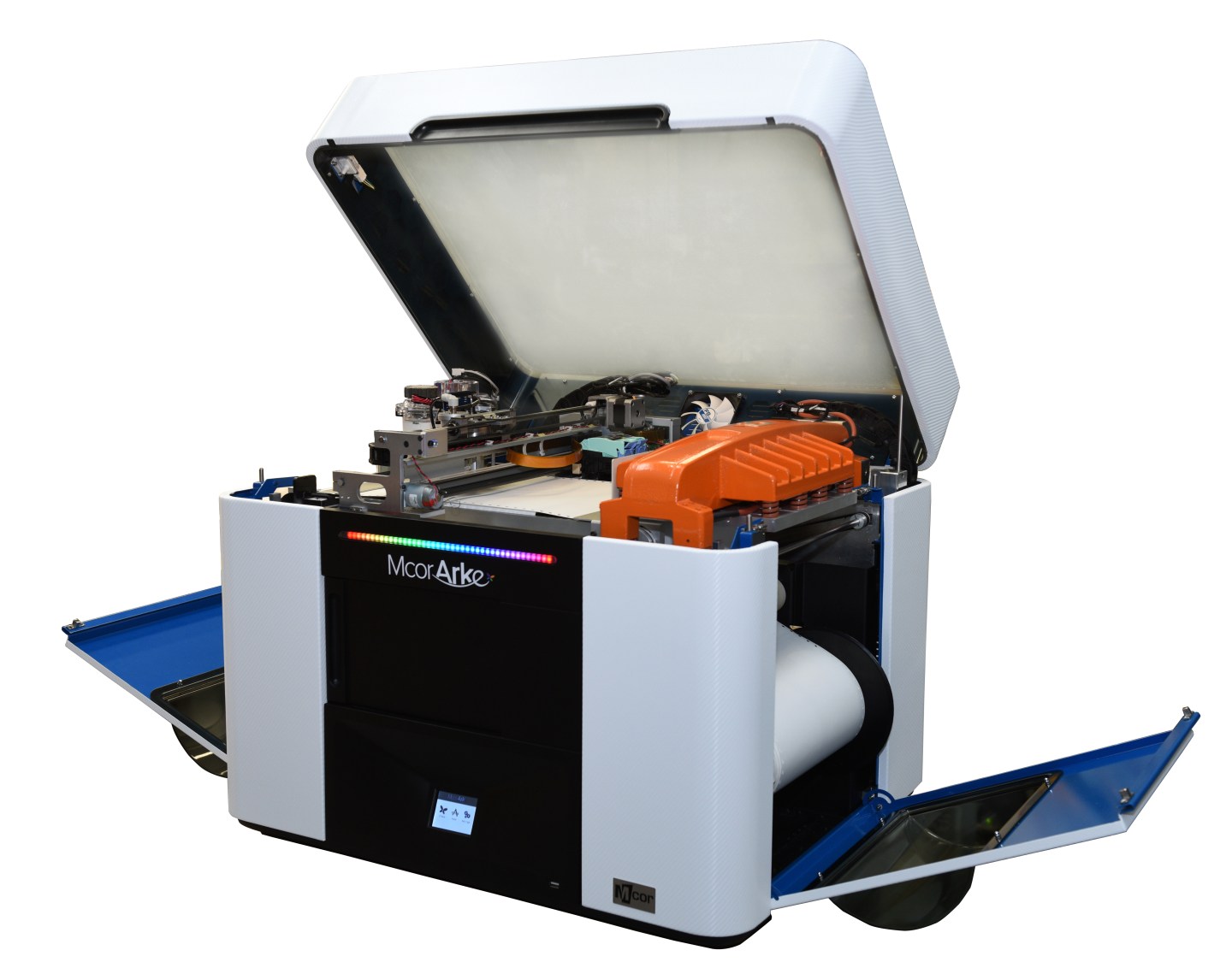 Here’s something that sounds too good to be true: a 3D printer that churns out objects in full color and uses everyday office paper (instead of plastic) as the build material.

But that’s what Mcor Technologies plans to unveil today at the Consumer Electronics Show in Las Vegas when it shows off its new 3D printer, Arke. The product is also a CES Best of Innovation Awards Honoree in the show’s 3D printing product category. Founded a decade ago in Ireland by two brothers, Mcor released the Iris—an industrial-size, paper-based, full-color printer—in 2013. The Arke is the desktop version of that larger printer.

3D printing technology isn’t new. The common methods of doing so now—building up layers of plastic, fusing together powdered metals, or applying a laser to a pool of resin—have made great leaps within the last five years.

But after several years of 3D-printing hype—fueled by the potential companies and consumers saw in the technology—the temperature of the 3D industry has cooled. Analysts have noted that the technology is still too difficult and costly to drive mainstream adoption.

In the desktop market for 3D printers, the best known names have recently faltered. MakerBot, purchased by professional 3D printing giant Stratasys (“SSYS”) in 2013, laid off workers twice in 2015. Stratasys competitor 3D Systems (“DDD”) announced at December’s end that it was getting out of desktop 3D printing entirely. The push over the last year has been on deriving easier, faster, and cheaper means of producing 3D-printed objects, and that’s what Mcor is trying to do.

“We had this very simple idea: If we could build a printer that had zero running costs, that would make people want the technology,” said CEO and co-founder Conor MacCormack in a call with Fortune.

MacCormack believes he and his brother, Fintan, have found that with the Arke. Instead of plastics or other materials, the printer uses an adhesive to stick together sheets of paper fed into the machine in a fashion similar to that of 2D laser printers. Once sheets of paper have been layered on top of one another, a slicer cuts the profile of the shape being printed. What the machine spits out at the end looks like a block of office paper, but the finished print is actually on the inside. The sections of paper sheets that are glued together more strongly make up the 3D print, while the sections of paper sheets loosely adhered serve as a support structure to keep the 3D print intact until it’s finished. When complete, a person peels away the excess paper, leaving behind the final 3D print.

It seems implausible, but the MacCormack brothers have used this technology to print a number of objects, including models of buildings, convincingly edible replicas of fruit, a bust of President Obama’s head, and a hammer strong enough to drive a nail into a board.

“Paper is incredibly strong when you layer it up,” said MacCormack. “Think of paper like a scaffold, and then you can put into it a resin, so you can get things that are really, really hard.”

The other exciting innovation found in the Arke is full color, something that has been lacking in the desktop 3D printing market. Mcor’s printer color inks in high resolutions, as the most advanced 2D printer available today would, onto the paper 3D-printed object. “Our definition of full color is any color at any time,” MacCormack said. “We’re standing on the shoulders of the 2D-printing world.”

The company declined to share its revenue numbers, but Mcor said it has sold its Iris 3D printers to customers in 60 countries who use it mostly for modeling and prototyping. As for the Arke, which becomes available in the second quarter of this year for about $6,000, MacCormack said Mcor has taken 2,500 pre-orders so far. His plan is to go after the education market first, by positioning the Arke as a cheaper, desktop 3D-printing alternative to other machines that require plastic filament.

“The big change is going to be in education,” he said. “And color is one very important missing piece.”