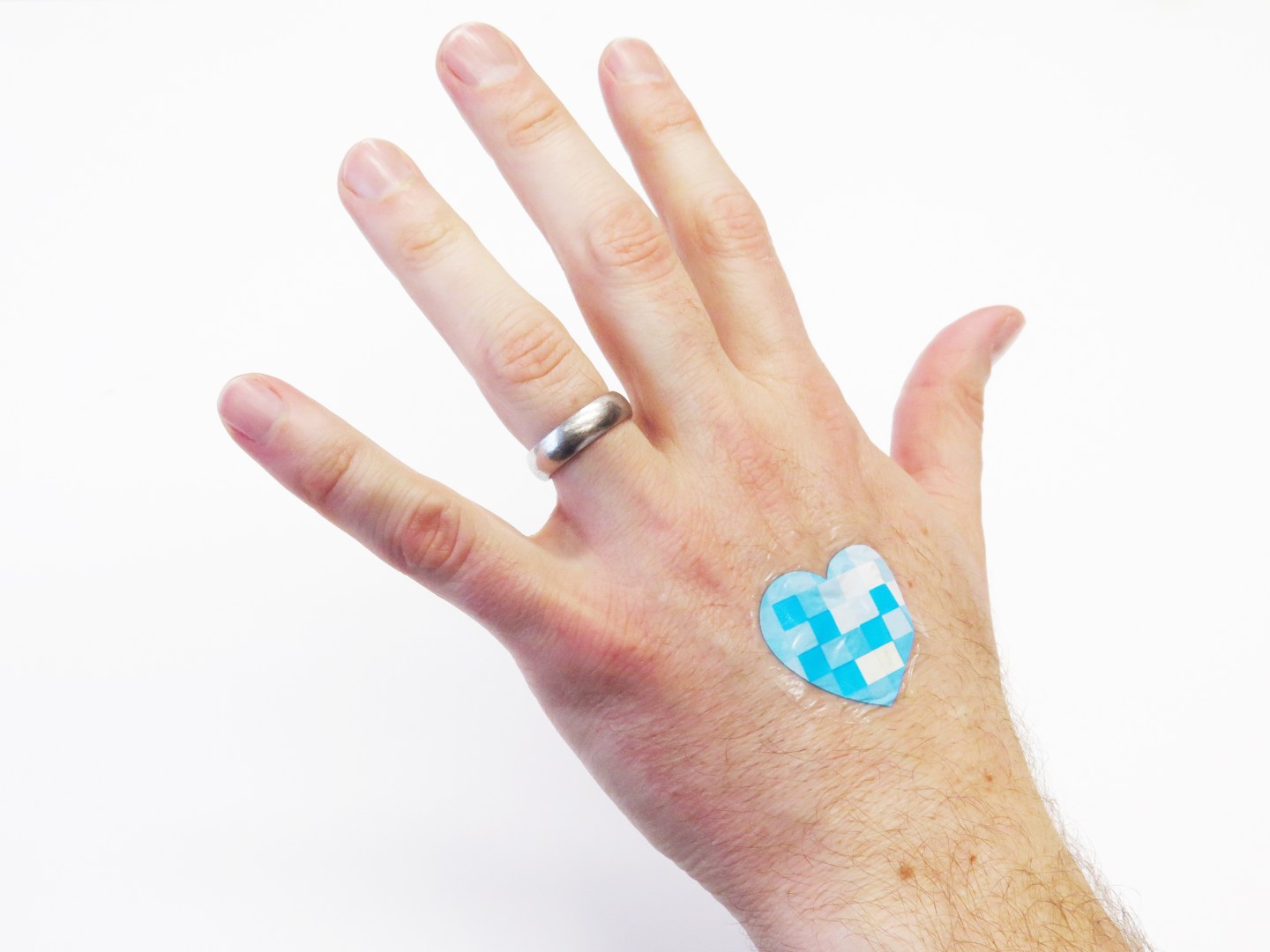 Spending time in the sun is a double-edged sword: It is the best source of Vitamin D but too much sun worshipping can burn you.

That’s a problem French cosmetics and beauty giant L’Oreal is trying to solve.

L’Oreal has developed a stretchable skin sensor designed to monitor ultraviolet light exposure via a wearable it is calling My UV Patch. The technology, currently in beta form, will roll out more widely later in 2016 under L’Oreal’s dermatological skincare brand, La Roche-Posay.

Here’s how it works: the patch is a transparent adhesive that measures just one square inch in area and half the thickness of an average strand of hair. It contains photosensitive dyes that can detect changing skin tone colors when exposed to UV rays. Users can take a picture of the patch and upload it to a mobile app that will analyze the dye squares to determine how much UV exposure the wearer has received.

At this point, L’Oreal says the app will offer sun-safe behavior recommendations. For the most accurate readings, the patch should be worn on the back of the hand for up to five days.

The design and development of a patch was a purposeful decision by L’Oreal’s tech research team. Tech lovers’ wrists are already overwhelmed with smartwatches and gadgets that promise to track steps and monitor sleep. L’Oreal wanted to look at other real estate of the body. Other rivals have tinkered with this type of technology, though competitor offerings have focused on bracelets.

Will consumers be willing to wear a patch – no matter how small – on their hands? That could be a hard sell. But L’Oreal says they should.

La-Roche Posay points to a study that found that while 92% of the worldwide population is aware of the risks of unprotected sun exposure, roughly half of those surveyed admitted they had never visited a dermatologist to check their moles. Skin cancer is the most common form of cancer in the U.S. And the American Academy of Dermatology points to several troublesome stats involving the nation’s teens: 43% of that group say they lie out in the sun but only three in ten say they always use sun block.

Guive Balooch, global vice president of L’Oreal’s Technology Incubator, tells Fortune that the device can be a helpful tool because many consumers today don’t have reliable information about their UV exposure.

“It is a new way to educate consumers about their personal exposure to UV,” Balooch says.

He adds the team spent a lot of time developing the patch with a sensor that would be as thin and virtually weightless as possible. L’Oreal doesn’t want those wearing the patches to find it a distraction to their daily activities.

The device is the latest technology innovation from a 22-person research team led by Balooch. L’Oreal’s Technology Incubator was first founded in 2012 as a way to bring technology to the world of beauty. The team’s most notable consumer-facing product release thus far is a mobile app called Makeup Genius, an augmented reality beauty app that allows consumers to “try” on makeup before buying it. That app has already notched over 15 million downloads.

The team – conceived as a tech startup within a bigger conglomerate – focuses on beauty industry projects. L’Oreal also isn’t shy about working with outside experts as it develops these technologies. For My UV Patch, L’Oreal worked with stretchable electronics maker MC10 and PCH, which engineered the product for mass production.