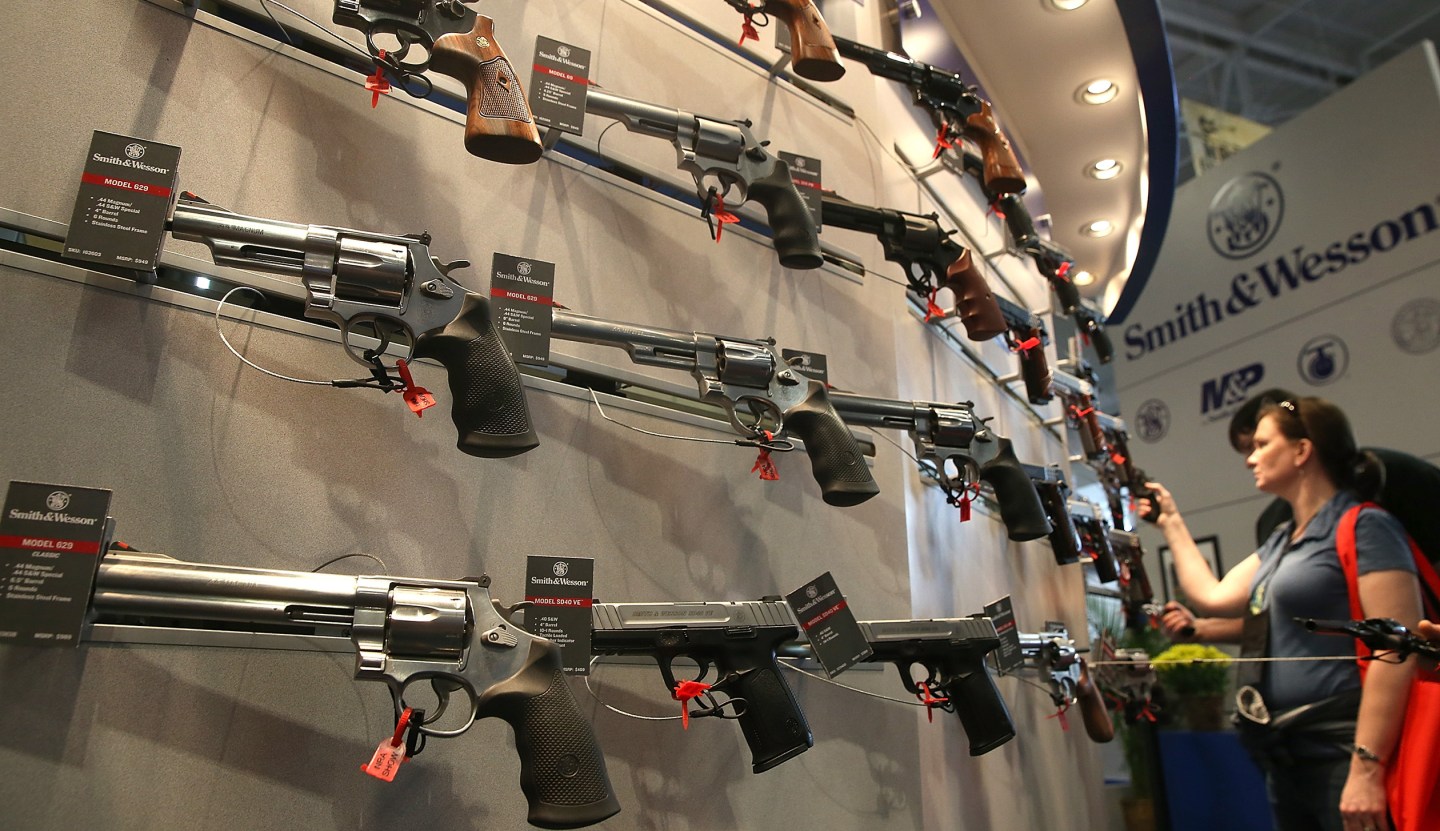 On Tuesday, President Obama will announce a series of executive orders aimed at combating gun violence through stricter gun control laws, including one that aims to close the “gun show loophole” that lets some occasional and online retailers avoid the background checks that more traditional gun sellers have to perform.

Much like any policy move on guns, the executive orders are sure to prompt handwringing and ideological bile. And you can expect The National Rifle Association to be front and center.

The group has already offered a response to Fox News:

“President Obama failed to pass his anti-gun agenda though Congress because the majority of Americans oppose more gun-control,” NRA spokeswoman Jennifer Baker said in response late Saturday. “Now he is doing what he always does when he doesn’t get his way, which is defy the will of the people and issue an executive order.”

Despite its focus on “the will of the people,” the NRA seems to pay more attention to the gun industry itself.

The NRA sells itself as a group that represents gun owners in the United States. But plenty of evidence suggests that it functions more like a powerful lobbying group for gun manufacturers and a political front for a small-but-vocal group of Second Amendment hardliners.

The NRA was founded in 1871, essentially as a club for marksmen. It was established, as noted by AlterNet, because two former Union soldiers were upset that Northerners, who tended to live in urban areas, weren’t as good at shooting as Southerners. The National Revolver Association, the handgun-focused version of the NRA, even supported laws requiring a one-day waiting period and supported gun sellers turning sales lists over to the police in the 1920s.

It wasn’t until the late 1970s that the NRA even had a lobbying arm, AlterNet notes. At that point, a cohort of libertarians moved into the organization and it became the agitating right-wing vanguard that we know today.

The organization now has significant financial ties to the gun manufacturing industry. According to a study from the Violence Policy Center, the gun industry has donated between $19.3 million and $60.2 million dollars to the NRA through its corporate sponsorship programs between 2005 and 2013. To put those figures into context, the NRA spent around $2.5 million on lobbying last year. Of the 76 people on the NRA’s board of directors, a group that includes entertainers like Tom Selleck and Ted Nugent, seven are gun company employees or spokespeople, according to Mother Jones. The rest of the board is a mix of military types, law enforcement, and political figures.

The gun industry and the NRA share a fundamental goal, notes Bob Spitzer, a political science professor at the State University of New York at Cortland: both want “to press as many guns into as many hands as possible.”

It’s not that gun companies are inherently political, Spitzer admits. Like other businesses, they are focused on achieving sales growth and returns on investment. The NRA, though, helps them accomplish this. Meanwhile, the NRA, which is highly political, nudges gun manufacturers to adopt their line on political issues. Take, for instance, the case of Smith & Wesson. In the late 1990s, the gun manufacturer was facing lawsuits from several municipalities related to gun violence committed with its products. When Smith & Wesson tried to reach a compromise with the Clinton White House related to the suits, the NRA led a massive campaign against the firm until the company capitulated to the group, reported Frontline.

The NRA-gun industry symbiosis exists along other fronts as well, Spitzer notes. Gun manufacturers pay big money to place their ads in NRA publications, and those same publications publish reviews, almost always positive, of new weapons. And the NRA encourages gun owners to buy more weapons despite the fact that guns are what Spitzer calls a “durable commodity”—that is, one that could last a long time if properly cared for.

So, that’s where the industry and the NRA are; in opposition to any policy that could make it more difficult to buy guns. Where are gun owners, though?

A 2012 survey from Republican pollster Frank Luntz found that 87% of gun owners and 74% of NRA members support criminal background checks for anyone looking to buy a gun. Just under half of gun owners support a ban on assault rifles, reports the Washington Post. One thing to keep in mind: around 4 million people belong to the NRA, but around one-third of Americans owns a gun.

The NRA will certainly be making noise this week, as President Obama makes his announcements. When they’re talking, though, remember who they’re speaking for.